(Cancellation Notice) Time, Einstein, and the Coolest Stuff in the Universe

CANCELLED: The College of Sciences regrets to announce that William Daniel Phillips is unable to host this Frontiers in Science lecture. We look forward to welcoming Phillips to Georgia Tech for a rescheduled lecture this fall.

At the beginning of the 20th century, Einstein changed how we think about time. Now, early in the 21st century, the measurement of time is being revolutionized by the ability to cool a gas of atoms to temperatures millions of times lower than any naturally occurring temperature in the universe.

Atomic clocks, the best timekeepers ever made, are one of the scientific and technological wonders of modern life.  Such super-accurate clocks are essential to industry, commerce, and science; they are the heart of the global positioning system (GPS), which guides cars, airplanes, and hikers to their destinations.

Today, the best primary atomic clocks use ultracold atoms, achieve accuracies of about one second in 300 million years, and are getting better all the time. At the same time, a new generation of atomic clocks is leading us to re-define what we mean by time.

Super-cold atoms, with temperatures that can be below a billionth of a degree above absolute zero, use and allow tests of some of Einstein's strangest predictions.

This public lecture will be a lively, multimedia presentation, including exciting experimental demonstrations and down-to-earth explanations about some of today's hottest (and coolest) science.

William Daniel Phillips is an American physicist who shared the 1997 physics prize with Steven Chu (US) and Claude Cohen-Tannoudji (France). All three developed methods of cooling and trapping atoms using lasers.

Phillips is a physicist in the National Institute of Standards and Technology. 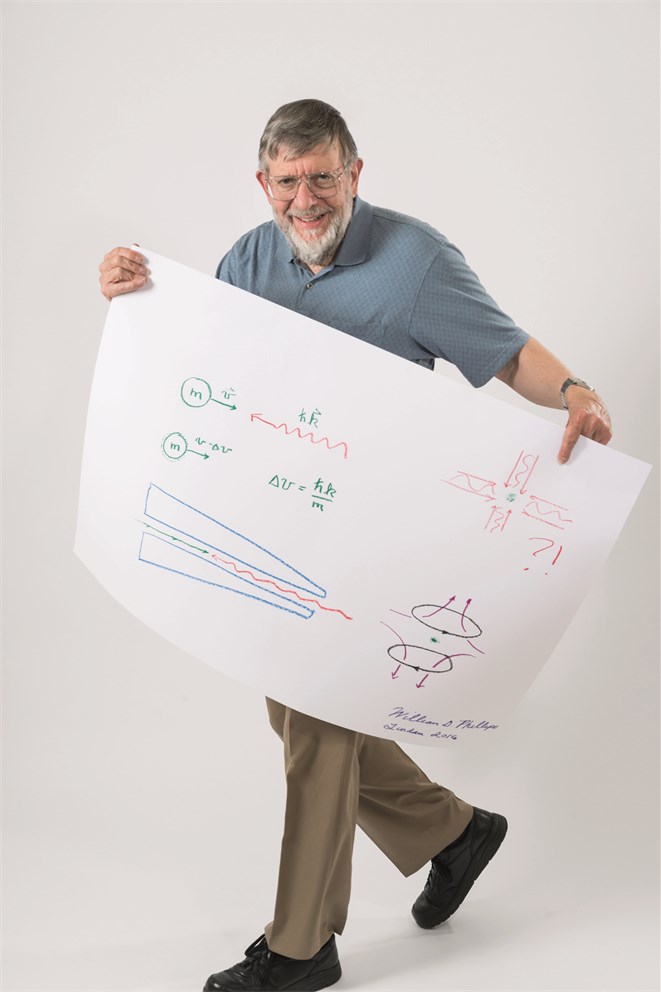 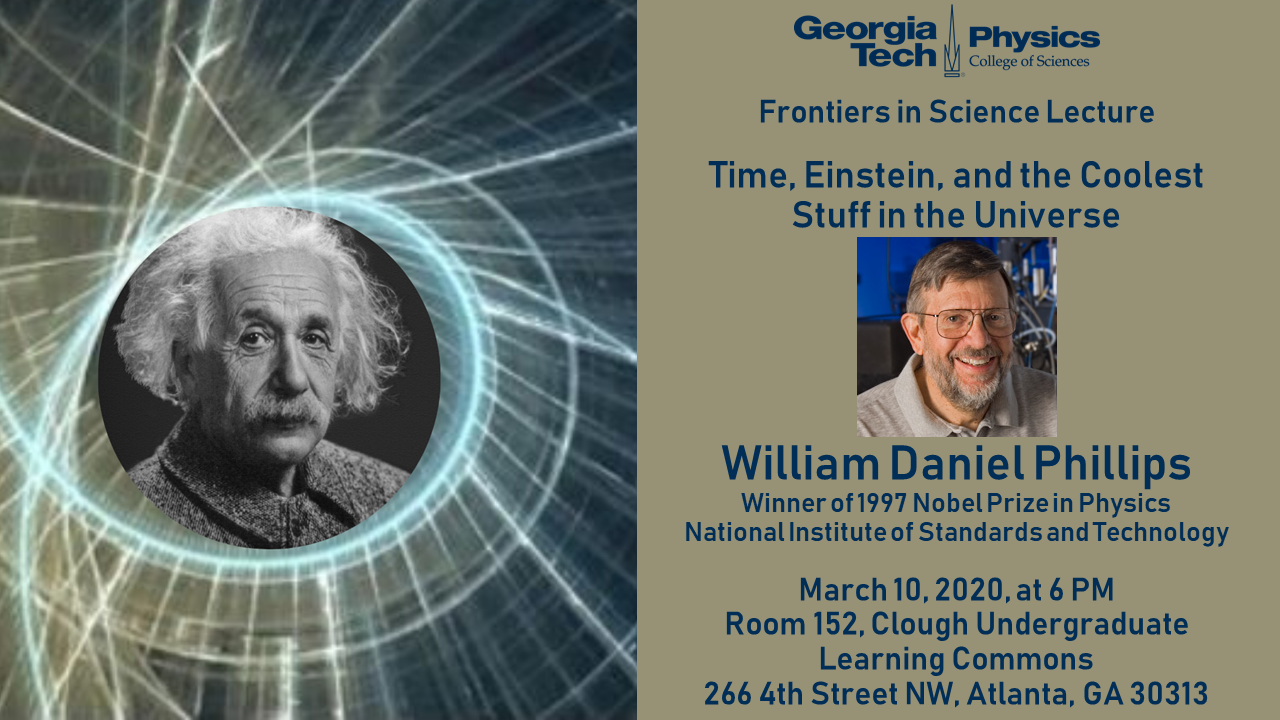