The Ecology and Control of Sarcoptic Mange in Wombats

ABSTRACT
Some of the most critical pathogens of wildlife involve environmental transmission. Emblematic of this is sarcoptic mange disease impacting bare-nosed wombats in Australia. The etiologic agent of mange disease, the Sarcoptes scabiei mite, occurs worldwide, has been documented to infect >100 species across 10 mammalian orders, and is among the 30 most prevalent diseases of humans (scabies). In Australia this mite was evidently introduced by European settlers and causes significant welfare issues to wombats, periodic epizootics and population declines. There remains much to be learned about this environmentally transmitted wildlife disease and how to manage it. I will summarise the efforts of my research group to uncover the impacts and epidemiology of mange disease in wombats, and our efforts to establish feasible in situ disease control. Our research spans within and between individual effects to population-scales, invasion history, modelling, and applied management.

BIOGRAPHY
Dr. Scott Carver is a Senior Lecturer in Wildlife Ecology at the University of Tasmania, (specialising in wildlife disease ecology) and Chair of Wildlife Disease Association for Australasia. Scott has a broad background spanning research in Australia, the United States and New Zealand. Since joining the University of Tasmania in 2012, he has devoted a significant portion of his research effort to the ecology, conservation and welfare of wombats with particular focus on sarcoptic mange disease. Scott’s other major research foci include: disease transmission in North American puma and bobcats; vector-borne disease transmission across Australia; and chlamydial disease in koala and agricultural animals. When not pursuing wombats Scott like to get out and enjoy the Tasmanian wilderness and indulge on the many fantastic Australian red wines. 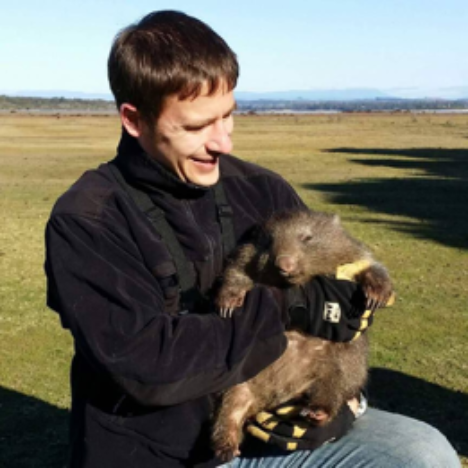