No Country for Old Mammals: The Comparative Genomics of Mammalian Ageing and Human Longevity

The rapid progress of medical and comparative genomics is affording new data that allow testing hypothesis related to senescence and aging, both within and across species.

Recently, we studied the effects of genetic variants associated with complex human diseases appearing at different periods in life and made observations that fitted the Mutation Accumulation and the Antagonistic Pleiotropy theories of ageing. In particular, we observed higher risk allele frequencies and large effect sizes for late-onset diseases. We also detected a significant excess of early–late antagonistically pleiotropic variants. Strikingly, these variants tend to be harbored by genes related to ageing across many species.

These results prompted a set of comparative genomic studies, which so far we have focused on coding variation of primates and mammals and on maximum lifespan.

We use two different approaches. First, we search for parallel amino acid mutations that co-occur with increases or reductions in longevity across the primate and mammal lineages. Second, we study how changes in rates of protein evolution correlate with changes in longevity across phylogenies using phylogenetic generalized least squares. 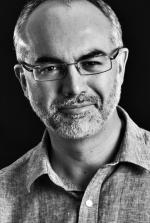