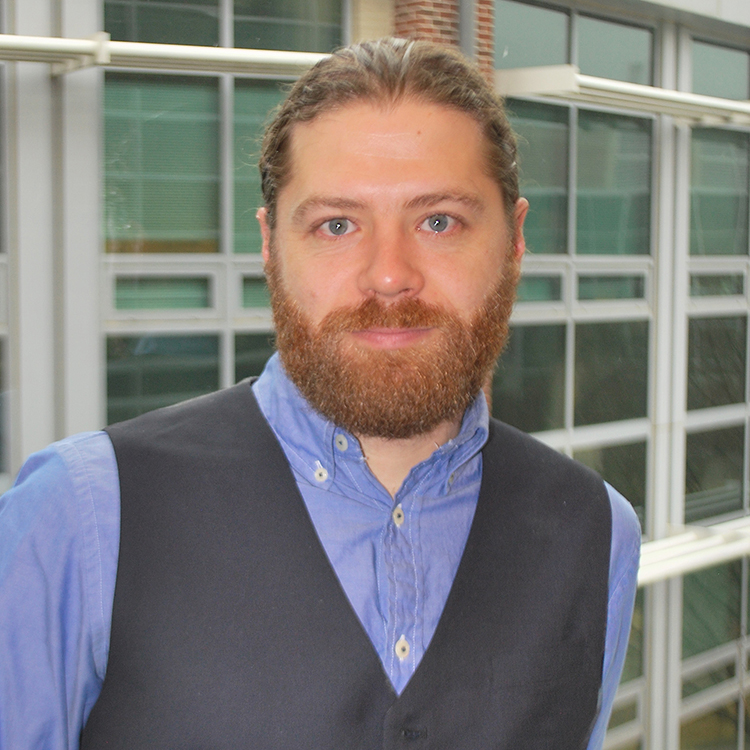 From home-schooling in Missoula, Montana, Micah Schaible found his way to Georgia Tech by following his interests. After earning a B.S. in engineering from Montana Tech University in nearby Butte, he traveled abroad for several years before enrolling at the University of Virginia, where he earned M.S. and Ph.D. degrees in applied physics.

His interest in the chemistry of life in the extremes was sparked in Butte, where heard about extremophiles living in the Berkeley Pit, an abandoned open-pit copper mine. At the University of Virginia, Schaible began studying chemical reactions occurring in space while working in the experimental astrophysics laboratory of the late Raul Baragiola. There, Schaible built an experimental system to measure O-H formation rates in hydrogen irradiation silicates. He then joined the computational physics group of Robert Johnson, where he studied the ion-sputtering rates of silicates and the high-energy-electron sintering of water ice grains.

With that background, Schaible was well-positioned to join the surface chemistry and physics group of Thomas Orlando, a professor in the School of Chemistry and Biochemistry. Starting in 2017, Schaible studied electron-stimulated desorption from water ice and metal sulfides. After Orlando received the NASA SSERVI REVEALS grant, Schaible applied for and received a NASA Postdoctoral Program fellowship.

“Georgia Tech is an excellent environment to further my professional career,” Schaible says. “It has an amazing research culture, wide availability and diversity of analytical instruments, and a diverse community of researchers in space exploration and origins of life studies in Georgia Tech and the greater Atlanta area.”

Schaible studies how ionizing radiation can cause changes to organic molecules and dust grains found in asteroids, comets, and moons in the solar system. He uses UV light and electron sources to electrostatically charge dust grains. Then he brings these charged grains into contact with organic films. Using surface-sensitive analytical techniques, he examines the changes caused by electron transfer and excitation events. These experiments will enable him to study how molecules formed and were damaged in the early solar system and to understand potential toxic effects encountered by astronauts.

“Although people are aware of the direct dangers of radiation for astronauts, much less work had been done on the secondary effects of radiation in creating a hazardous environment in space,” Schaible says. “Ionizing radiation can leave unsatisfied chemical bonds, enhancing the reactivity of surface sites. Reactive grain surfaces in space increase the potential for uncontrolled chemical reactions and, thus, toxic effects on human tissues or non-equilibrium formation of biologically relevant molecules.”