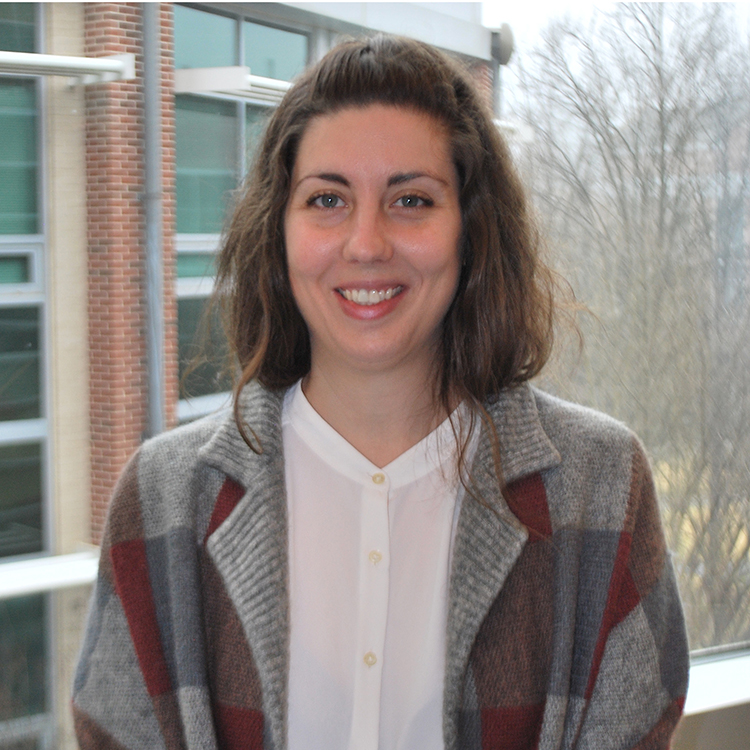 Nadia Szeinbaum has known Georgia Tech long before she became a NASA Postdoctoral Program fellow. After completing a B.S. degree in her home country, Argentina, she received an M.S. degree in environmental engineering in 2009 and a Ph.D. in microbiology in 2014 from the Georgia Tech School of Biology. She went back to Argentina to work in education.

In late 2015 she returned to Tech – with her toddler. She worked in the NASA Exobiology project of Jennifer Glass until 2017. Then she joined the NASA Astrobiology Institute team of Christopher Reinhard and Yuanzhi Tang. Glass, Reinhard, and Tang are assistant professors in the School of Earth and Atmospheric Sciences. Szeinbaum started her NASA postdoctoral fellowship in 2018.

Being already familiar with the Georgia Tech community was a key motivator for Szeinbaum to continue postdoctoral research at Tech. At Tech, she is surrounded by experts in various areas of research that contribute to her topic. “That can help me refine my experiments but also think about this problem more broadly,” she says. “I am in a great place, surrounded by great mentors and great colleagues.”

Szeinbaum’s project is titled “Synthetic Microbial Communities as a Tool to Understand Metabolic Success: The Role of Microbial Interactions Leading to the Great Oxidation Event.” She works with Glass and Reinhard on this project.

Photosynthesis appeared in a world with biochemical pathways that were not set up to tolerate oxygen itself. Yet oxygen production became successful. This means that a machinery to detoxify oxygen had to be in place. However, these two mechanisms – photosynthesis and oxygen detoxification – did not seem to come from the same organism.

The question for Szeinbaum is: How did microbial communities navigate the transition from an ancient, oxygen-poor, and iron-rich ocean to the modern, oxygenated one? Specifically she wants to know to what extent microbes worked together to overcome the toxic effects of oxygen and to harness it for energy.

“Many pieces had to come together for that transition to happen,” Szeinbaum says. “The different pieces might have originated in different co-existing microbial populations. I am trying to have a clearer picture of who was there, who contributed what, and how.”

To answer these questions, Szeinbaum constructs special chambers in which she grows microbes under ancient-Earth conditions. Using flow cytometry, she then measures the growth of the microbes alone and with partners. She also applies comparative genomics to look at the distribution and evolutionary history of genetic components that are key to the development of photosynthesis, an oxygen-producing process.

“I am intrigued to know who was living there, how did they interact?” Szeinbaum says. “How abundant were they? For how long, did these microorganisms coexist until everything around changed, and where are they now? And more intriguingly, if there is another planet that looks like our Earth used to, could the same history unfold? Or can we make it happen by understanding how microbial communities can work together in unknown territory?”