The week of Nov. 16 is Titan Week at Georgia Tech, courtesy of the Center for Space Technology and Research. C-STAR celebrates the latest news and mission updates on exploration of Saturn's intriguing moon.

On Friday, Nov. 20, C-STAR will host a virtual panel featuring four members of the team working on NASA's Dragonfly project, a 2027 mission that will send a robotic rotorcraft to explore Saturn's moon Titan.

"Dragonfly marks the first time NASA will fly a multi-rotor vehicle for science on another planet. Taking advantage of Titan’s dense atmosphere – four times denser than Earth’s – it will also become the first vehicle ever to fly its entire science payload to multiple locations for repeatable and targeted access to surface materials. By surveying dozens of locations across the icy world, Dragonfly will characterize the habitability of Titan’s environment and investigate the progression of its prebiotic chemistry."

The Center for Space Technology and Research (C-STAR) organizes, integrates, and facilitates Georgia Tech's space science and technology research activities. C-STAR brings together a wide range of Georgia Tech faculty who are active in space-related research and functions as a focal point for the growth of the space industry in the state of Georgia. C-STAR personnel are advancing the frontiers of astrophysics, Earth science, planetary science, robotics, space policy, space technology, and space systems engineering. C-STAR was established in 2013 and is actively engaged in partnerships with NASA's Jet Propulsion Laboratory, the Georgia Department of Economic Development Center of Innovation for Aerospace, and the Georgia Space Grant Consortium. 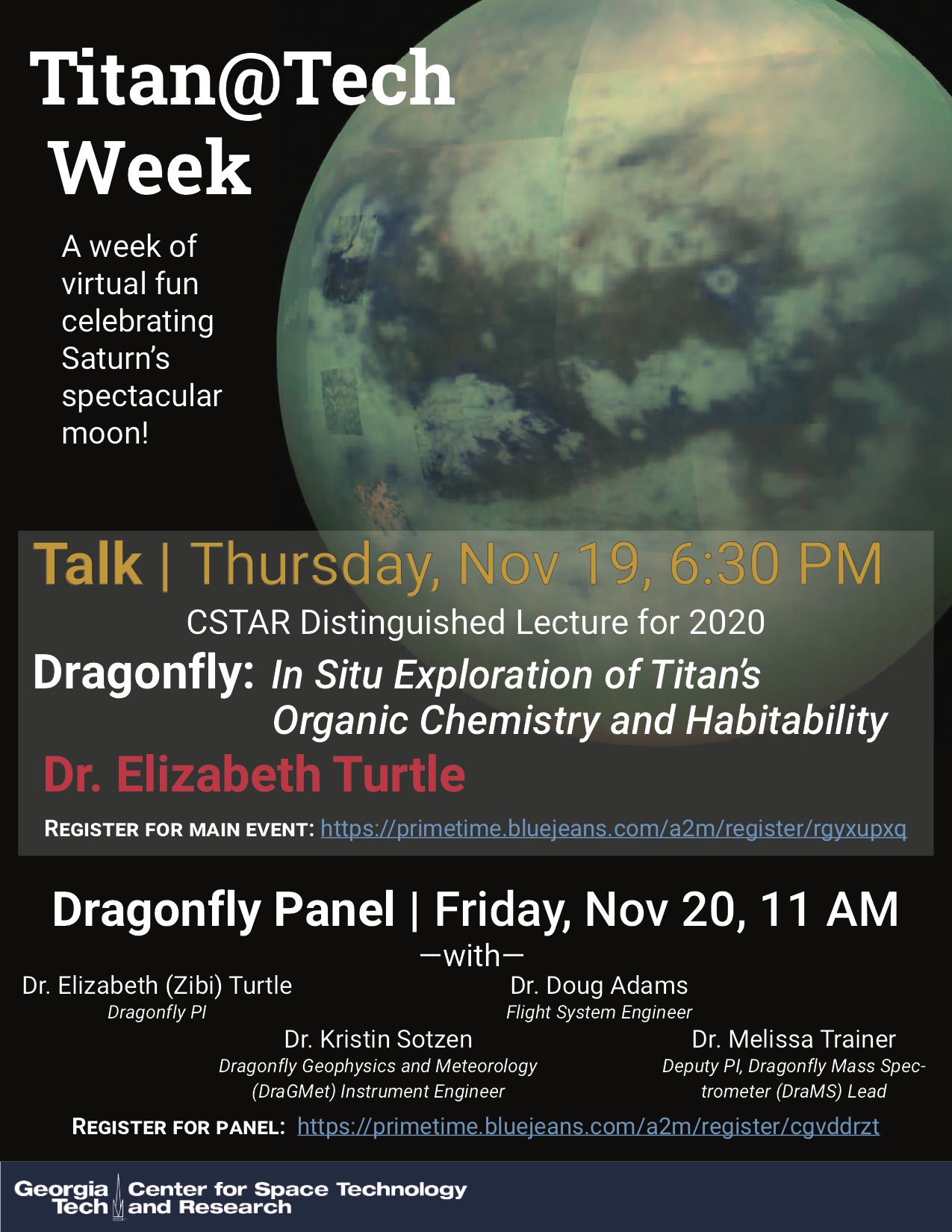