School of Mathematics Professor Robin Thomas is one of 28 members of the Society for Industrial and Applied Mathematics (SIAM) Class of 2018 Fellows. The fellowship recognizes distinguished members of SIAM for their exemplary research and outstanding service to the community.

Thomas has long been an exemplar of research excellence and dedication to mentoring Ph.D. students and postdocs. For his remarkable record of teaching, service, and research, Thomas received Georgia Tech’s highest award to a faculty member – the Class of 1934 Distinguished Professor Award – in 2016.

A world leader in graph theory, Thomas has published more than 100 research papers in top journals, including Annals of Mathematics and the Journal of the American Mathematical Society. His extraordinary research record includes several major results any one of which would be considered a lifetime highlight. Thomas has received the prestigious Fulkerson Prize twice, in 1994 and 2009, as well as the Neuron Award for Contribution to Science in 2011.

Among Thomas’ notable achievements, perhaps none is more astounding than his work on the Four Color Theorem (4CT). The theorem was first proved in 1976 by Kenneth Appel and Wolfgang Haken, using a computer. However, this computer proof cannot be verified by hand, and even the part that could supposedly be checked by hand is complicated and tedious. To dispel doubts about the Appel-Haken proof, Thomas – along with Neil Robertson, Daniel Sanders, and Paul Seymour – published a new and much simpler proof in 1997.

As a possible generalization of the Four Color Conjecture (now a theorem), Hugo Hadwiger offered a conjecture in 1943 that was easy to prove for t ≤ 3. The case for t = 4 is difficult and equivalent to 4CT. In 1993, Thomas, along with Roberston and Seymour, proved that the case t = 5 can be reduced to the 4CT by showing that the smallest counterexample to the Hadwiger conjecture for t = 5 must be an apex graph. The proof, which is computer-free, is a tour de force. Thomas, Robertson, and Seymour received the Fulkerson Prize in 1994 for this work.

Thomas again received the Fulkerson Prize in 2009 for his work – along with Maria Chudnovsky, Robertson, and Seymour – on the proof of Berge’s conjecture, which consumes 179 pages in Annals of Mathematics.

“Robin has a remarkable record as a teacher and a mentor,” says School of Mathematics Professor and former interim chair Prasad Tetali. “His tireless efforts to challenge and encourage young talents at critical early stages of their careers has had a profound impact on the lives of a large number of Ph.D. students and postdocs,” including the following:

SIAM Fellows help advance the fields of applied mathematics and computational science. The Class of 2018 Fellows will be recognized during the SIAM Annual Meeting, on July 9-13, 2018, in Portland, Oregon.

PHOTO CAPTION
Robin Thomas, center, is pictured with his advisor, Jaroslav Nešetřil, and some of his former students at a conference held in his honor in 2012. The Conference on Graph Theory took place at Georgia Tech to celebrate Thomas’ work and his 50th birthday. 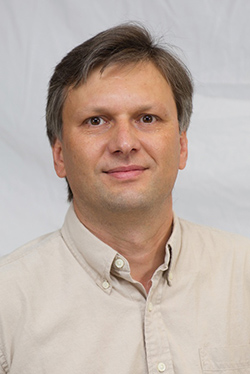 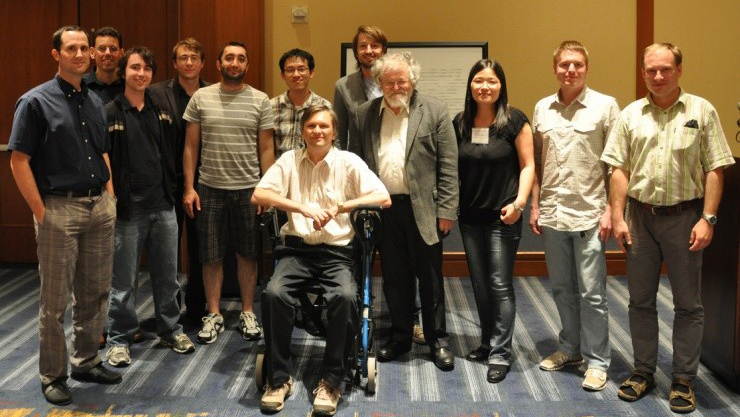 Robin Thomas with advisor and students