Award-winning student wrote her first mathematical proof on stickie notes, in a grocery

By the time Libby Taylor graduated from Wheeler High School, she had already completed her freshman and sophomore years at Georgia Tech. Beginning as a junior may be daunting to some, but because the Marietta, Georgia, native already knew that she loves Tech, deciding to stay for two more years came easily. This untraditional path began during her sophomore year of high school, when she took calculus through Georgia Tech’s Distance Math program. The next year, she signed up as a full-time dual-enrolment student.

Wheeler’s science, technology, engineering, and mathematics (STEM) magnet program allowed Taylor to immerse herself in science and mathematics. Originally, she planned to major in chemistry, but once on campus she gravitated to mathematics.

Her extraordinary mathematical talents were recognized earlier this year by the Association for Women in Mathematics, which awarded Taylor the 2018 Alice T. Schafer Mathematics Prize. Now, only two years after high school, she’s graduating with a B.S. in Mathematics

The most important thing I learned at Georgia Tech is that professors do not bite. Seriously, most students think that professors are intimidating. In my experience, that has never been the case. All the professors I've interacted with have been incredibly nice people and have been more than willing to help with any questions I've had, including the really dumb questions.

One way that Georgia Tech surpassed my expectations was in how hard the students here work. People are very motivated to learn, and they're willing to put in a lot of work to get where they want to be.

"My most vivid memory is the time I solved my first research problem. I had been close to a solution for a couple of days, and when I finally put the pieces together, it was while I was out buying groceries!"

Probably winning the 2018 Alice T. Schafer prize. That prize was a great honor. It validated both the work I had put into my career and the contributions of the professors who advised me along the way.

In my senior year of high school, I took math courses from Matt Baker and Tom Trotter. Because of their mentorship, I discovered my love of mathematics and began my first research projects that same year. Their guidance throughout the past three years has been invaluable and has been a major component in my being accepted to graduate school at Stanford, which has always been one of my dream schools.

Although I have never taken a class from Christine Heitsch, she has given me a lot of good advice, both for professional development and for life in general.

Padma Srinivasan, who taught my algebraic number theory class, was a big factor in my decision to study number theory in graduate school. Her enthusiasm for number theory and arithmetic geometry have proved contagious, and she has been a great resource for mathematics, as well as a great friend.

My most vivid memory is the time I solved my first research problem. I had been close to a solution for a couple of days, and when I finally put the pieces together, it was while I was out buying groceries!

I didn't have a proper notebook to write the solution, so I pulled a pack of stickie notes out of my purse and wrote a proof on those. That stickie-note proof turned into my first paper.

When I started at Georgia Tech, I didn't really know what I wanted to study; I was considering chemistry, physics, or economics. It was in my second year at Georgia Tech that I realized I loved mathematics, and I hit the ground running after that.

I did a study abroad in China the summer after my second year. It gave me a chance to see a part of the world that I would never have gotten to see so much of otherwise, and it threw me into an environment where I was forced to be uncomfortable.

I improved my Chinese language skills a lot by necessity, and I got a chance to navigate in a country with which I was entirely unfamiliar. Some of my favorite memories (and best stories!) from Georgia Tech came from that trip.

Go to your professors’ office hours!  Even if you aren't struggling in the class, go anyway to chat about course material. You’ll learn a lot from those conversations, and you will probably come away with a much deeper understanding of what’s being covered in class and why it’s important.

Where are you headed after graduation? How did your Georgia Tech education prepare you for this next step?

I am headed to Stanford to pursue my Ph.D. in Mathematics. Georgia Tech has prepared me very well for graduate school by giving me a chance to get research experience, take graduate courses, and present at conferences, all of which are crucial skills for graduate school. 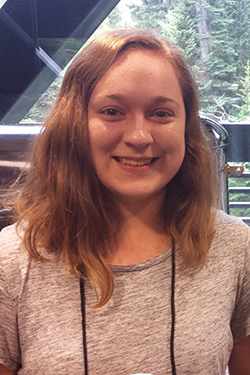