Using cryo-electron tomography, Georgia Tech and Emory University researchers have captured images of measles viruses as they emerge from infected cells. The work advances the understanding of measles and related viruses and could suggest antiviral drug strategies likely to work across multiple members of the family that includes measles virus.

The results were published in Nature Communications.

Scientists led by Elizabeth Wright and Zunlong Ke say they can discern an internal matrix protein acting as a scaffold, with the encapsidated genetic material visible as “snakes” close to the viral membrane.

An effective vaccine is available against measles virus, which is a highly infectious pathogen. Yet scientists still don’t understand a lot about it, Ke says.  Understanding the internal organization of measles virus could guide the study of related viruses, such as parainfluenza and respiratory syncytial virus (RSV), which are common causes of respiratory illnesses, as well as Nipah virus, an inspiration for the film “Contagion.”

Wright is an associate professor of pediatrics at Emory University School of Medicine and Children’s Healthcare of Atlanta, director of the Robert P. Apkarian Integrated Electron Microscopy Core, and a Georgia Research Alliance Distinguished Investigator. She has an adjunct appointment in the Georgia Tech School of Biological Sciences.

Ke is a former Georgia Tech Ph.D. student of Wright’s. Ke is starting a postdoctoral position this summer at the MRC Laboratory of Molecular Biology in Cambridge, U.K.

After working with purified viruses for a long time, Wright, Ke, and colleagues decided to examine virus-infected cells. The team collaborated with Richard Plemper, who specializes in measles virus and is now at Georgia State University.

The family of viruses that includes measles, called paramyxoviruses, is difficult to handle because of their low titers, instability, and heterogeneity, Wright says. For structural studies, researchers usually concentrate and purify viruses by centrifuging them through thick solutions. But this method is tricky for measles virus, which are squishy and prone to bursting. For this reason, they are difficult to visualize.

“Instead, we grow and infect the cells directly on the grids we use for microscopy and rapidly freeze them, right at the stage when they are forming new viruses,” Ke says.

Improvements in technology have increased the resolution of imaging. Cryo-electron tomography, which is ideal for viruses that come in different shapes and sizes, uses an electron microscope to obtain a series of 2D pictures of the viruses as the sample holder is tilted to multiple angles along one axis. The images and the angular information are then used to compute the 3D volume of the virus, much like a medical CT scan, Wright says.

“We would never see this level of detail with purified virus, because the process of purification disrupts and damages the delicate virus particles,” she says. “With the whole-cell tomography approach, we can collect data on hundreds of viruses during stages of assembly and when released. This allows us to capture the full spectrum of structures along the virus assembly pathway.”

For example, the scientists can now see the organization of glycoproteins on the surface of the viral membrane. Previous work showed two glycoproteins were present on the membrane, but they were a “forest of trees,” with insufficient detail to identify each one.

In this study, the team resolved the two glycoproteins and determined that one of them, the fusion (F) protein, is organized into a well-defined lattice supported by interactions with the matrix protein. In addition, they could see “paracrystalline arrays” of the matrix protein, called M, under the membrane. The arrays had not been seen in measles virus-infected cells or individual measles virus particles before, Wright says. Under the microscope, these arrays look like Lego grid plates, from which the rest of the virus is built and ordered.

The new 3D structures also argue against a previous model of viral assembly, with ribonucleoprotein genetic material as a core and the M protein forming a coat around it.

The scientists are still figuring out what makes measles virus take a bulbous shape while RSV is more filamentous. Ke thinks the scaffold role of M is similar for related viruses; however, as the virus assembles, individual structural proteins may coordinate uniquely to produce virus particles with different shapes that better support their replication cycle.

EDITOR’S NOTE: This article is an abridged and slightly modified version of the original story by Quinn Eastman published in the Emory News Center on April 30, 2018. 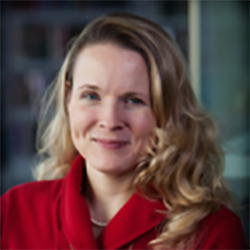 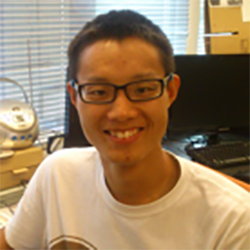