NMR – nuclear magnetic resonance – is a powerful tool to investigate matter. It is based on measuring the interaction between the nuclei of atoms in molecules in the presence of an external magnetic field; the higher the field strength, the more sensitive the instrument.

For example, high magnetic fields enable measurement of analytes at low concentrations, such as the compounds in the urine of blue crabs. High-field NMR has also allowed scientists to “see” the structure and dynamics of complex molecules, such as proteins, nucleic acids, and their complexes.

NMR is used widely in many fields, from biochemistry, biology, chemistry, and physics, to geology engineering, pharmaceutical sciences, medicine, food science, and many others.

NMR instruments, however, are a major investment. The most advanced units can cost up to up to millions of dollars per piece. Maintenance can cost tens of thousands of dollars a year. The investment in people is also significant. It can take years of training before a user can perform some of the most advanced techniques.

For these and other reasons, Emory University, Georgia Institute of Technology, and Georgia State University have formed the Atlanta NMR Consortium. The aim is to maximize use of institutional NMR equipment by sharing facilities and expertise with consortium partners.

“NMR continues to grow and develop because of technological advances,” says David Lynn, a chemistry professor at Emory University. To keep up, institutions need to keep buying new, improved instruments. Such a never-ending commitment is becoming untenable and redundant across Atlanta, Lynn says. Combining forces is the way to go.

Immediately, the consortium offers access to the most sensitive instruments now in Atlanta – the 700- and 800-MHz units at Georgia Tech. Georgia Tech invested more than $5 million to install the two high-field units, as well as special capabilities, in 2016.

Through the consortium, partners can gain access to Georgia State’s large variety of NMR probes. Solid-state capability, which is well established in Emory and advancing at Georgia Tech, will be available to partners.

Needless to say, the consortium offers alternatives when an instrument at a member institution malfunctions.

Beyond maximizing use of facilities, the consortium offers other potential benefits.

“The biggest benefit is community,” says Anant Paravastu. Paravastu is an associate professor in the Georgia Tech School of Chemical and Biomolecular Engineering. He is also a member of the Parker H. Petit Institute for Bioengineering and Bioscience (IBB).

“Each of us specializes the hardware and software for our experiments,” Paravastu says. “As we go in different directions, we will benefit from a cohesive community of people who know how to use NMR for a wide range of problems.”

Paravastu previously worked at the National High Magnetic Field Laboratory, in Florida State University. That national facility sustains a large community of NMR researchers who help each other build expertise, he says. “We Atlanta researchers would benefit from a similar community, and not only for the scientific advantage.”

Both Lynn and Paravastu believe the consortium will help the partners jointly compete for federal grants for instrumentation. “A large user group will make us more competitive,” Lynn says.

“The federal government would much rather pay for an instrument that will benefit many scientists rather than just one research group in one university,” Paravastu says.

“The most important goal for us is the sharing of our expertise,” says Markus Germann, a professor of chemistry at Georgia State. A particular expertise there is the study of nucleic acids.

“For me, there’s a direct benefit in learning from people at Georgia State about soluble-protein structure,” Paravastu says. He studies the structures of peptides; of particular interest are certain water-soluble states of beta-amyloid peptide, in Alzheimer’s disease. These forms, Paravastu says, have special toxicity to neurons.

Paravastu also studies proteins that self-assemble. “People at Emory have a different approach to studying self-assembling proteins,” he says. “We have a lot of incentive to strengthen our relationships with other groups.”

“Different labs do different things and have different expertise,” Lynn says. “The consortium lowers the activation energy to take advantage of partners’ expertise.”

Even before the consortium, Germann notes, his lab has worked with Georgia Tech’s Francesca Storici on studies of the impact of ribonucleotides on DNA structure and properties. Storici is a professor in the School of Biological Sciences and a member of IBB.

Germann has also worked with Georgia Tech’s Nicholas Hud on the binding of small molecules to duplex DNA. Hud is a professor in the School of Chemistry and Biochemistry and a member of IBB.

“While collaboration between researchers in Atlanta Universities is not new,” Paravastu says, “the consortium will help facilitate ongoing and new collaborations.

What will now be tested is whether the students, faculty, and staff of the partners will take advantage of the consortium.

Travel from one institution to another is a barrier, Lynn says. “Are people going to travel, or will they find another way to solve the problem? How do you know that the expertise over there will really help you?” he asks.

“The intellectual barrier is very critical,” Lynn says. “We address that through the web portal.”

“Like many things in life, the consortium is about breaking barriers,” Paravastu says. It’s about students meeting and working with students and professors outside their home institutions.

Already some partners share a graduate-level NMR course. For the long-term, Paravastu suggests, the partners could work together on training users to harmonize best practices and ease the certification to gain access to facilities.

“We can think of students being trained by the consortium rather than just by Georgia Tech, or Emory, or Georgia State,” Paravastu says. “By teaming up, we can create things that are bigger than the sum of the parts.” 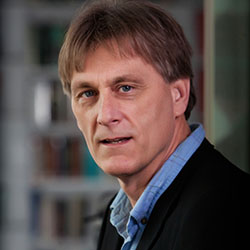 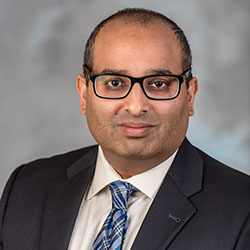 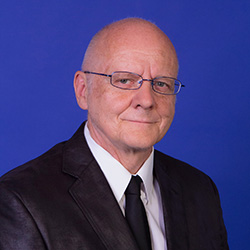