The two microbiologists study microbe-microbe microbe-host interactions important in humans and in ecosystem health. Georgia Tech is emerging as a leader in this burgeoning research area.

As distinguished lecturers, Hammer and Kostka will speak at ASM branch meetings throughout the U.S. Their visits to various parts of the country will provide opportunities for students and early-career research microbiologists to interact with prominent scientists.

A Passion for Training Young Researchers
Hammer's research aims to understand the mechanisms bacteria use to cooperate and compete in niches they occupy. His work focuses on the waterborne microbe Vibrio cholerae, which causes outbreaks of cholera disease in places like Yemen where people have no option but to consume contaminated water.

His lab has identified components of regulatory networks in this bacterium that control secreted enzymes, biofilm matrix material, a molecular harpoon for toxifying neighboring cells, and an apparatus to take up foreign DNA.

Next, his lab aims to identify new genes and regulatory connections of these networks, characterize the behaviors they control, and determine the contribution of these activities to the fitness and adaptability of this waterborne microbe in host and ecological settings.

“I enjoy the challenge and excitement of engaging students and postdocs in conversations – about my lab’s research, about microbiology, and about being a research scientist,” Hammer says. “My passion for training young researchers stems from the mentoring I received from my own advisors, who are extraordinary scientists and communicators. As an ASM Distinguished Lecturer, I will relish the opportunity to serve as a model for students and postdocs discovering their unique career paths.

On the lecture circuit, Hammer will be talking about the following topics:

On a Mission to Catalyze Students
Kostka is well-known for his research in environmental microbiology. His lab characterizes the role of microorganisms in the functioning of ecosystems, especially in the context of bioremediation and climate change. He is co-principal investigator of C-IMAGE-III. This consortium is funded by the Gulf of Mexico Research Initiative to study the environmental consequences of the release of petroleum hydrocarbons on living marine resources and ecosystem health.

“I was first introduced to ASM by attending a branch meeting in Gatlinburg, Tennessee, while I was a master’s student. My experience there was largely responsible for my decision to enter the field of environmental microbiology,” Kostka says. “I wanted to participate in the ASM Distinguished Lecturer Program so that I can give back the support and encouragement that I received at many ASM meetings. I very much believe that it is my professional mission to excite students about the myriad ways that microbes benefit society, thereby catalyzing their entrance into the field.”

On the lecture circuit, Kostka will be discussing the following: 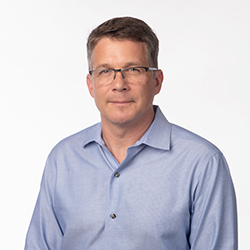 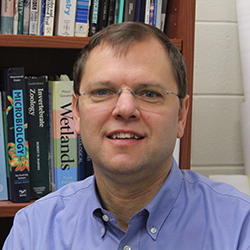