Pushing her limits without spreading herself too thin

Caroline first knew she liked psychology during high school, at Alpharetta High School. A Talented and Gifted Program  internship through the school expanded her interest to occupational therapy. The experience ignited her curiosity about autism and developmental psychology.

Initially, Caroline had little desire to attend Georgia Tech. She had no family connection and didn’t care about engineering. She never even visited the campus despite living only 30 minutes away.

“I wanted to follow my older brother’s footsteps and go out of state to be exposed to something different from the community where I grew up,” she says. She applied to Tech only “because I appreciated its reputation and research opportunities,” she says.

Eventually, Caroline realized that Georgia Tech could introduce her to various cultures, socioeconomic backgrounds, and perspectives. “I completely shocked my family and friends when I made my decision to attend Tech,” she says. “I knew it was the best choice for me.”

I came to Georgia Tech knowing that I would not be the smartest or most capable student. I took about half as many AP classes as the average student accepted in 2015, and my SAT/ACT scores were in the bottom third of that accepted class. I hoped that being surrounded by other incredible students and innovators would push me to be better than when I started.

I’ve learned how capable and resilient I am. Each year I was presented with challenges that terrified me and seemed impossible to overcome. School, research, and extracurriculars add up. It can be overwhelming at times. Thanks to my four years here, I’ve learned the important life skill of how to push my limits without spreading myself too thin.

I tried things I never even considered before, like studying in a country where I didn’t speak the language, participating in the Super Bowl LII halftime show in Atlanta, and serving on the executive board of my sorority, Alpha Xi Delta.

I am proud that I had the guts to put myself out there and do some of these crazy things that seemed intimidating and out of reach. My college experience would have been so different otherwise.

Which professor(s) or class(es) made a big impact on you?

Georgia Tech’s Director of Athletic Bands Chris Moore has been a huge supporter. He encouraged me and many other students to audition for the world-class drum corps, Spirit of Atlanta – which Moore directs – to compete in the the 2018 Drum Corps International season. With Moore’s support, I found a new community of people with the same passion for performance and music that I have.

I am grateful for the many friends I have met with whom I will be connected for the rest of my life.

My most vivid memory was my first pre-game performance with the Georgia Tech marching band at the new Mercedes-Benz stadium. It was surreal to be performing in the massive new stadium before the huge crowd for the kick-off game.

In what ways did your time at Georgia Tech transform your life?

Georgia Tech helped me become a more independent and capable adult. I’ve learned simple life skills, like parallel parking on a busy street in Midtown Atlanta or eating an occasional fruit or vegetable.

I also learned a lot about myself, such as how to use my small-scale failures and insecurities as opportunities to learn and improve. I have gained the confidence that will help me advocate for myself and push myself to where I want to be in the future.

What unique learning activities did you participate in?

I was involved in research since my first year, but my two years in the Child Study Lab were key in defining my career path.

The Child Study Lab combines psychology, behavior, and technology in improving early detection of autism and other developmental delays.

Since working there, I’ve participated in every part of the research process – including planning, data collection, and data coding. I also learned various skills for my future career, such as communicating with clients and how to work with children. Most important, I realized how critical it is to love your job!

School is important, but it isn’t everything. Don’t be so focused on perfecting every homework and acing every test that you forget to make memories.

It’s okay to get a little less sleep some nights or miss an occasional class for something unforgettable.

I will take a gap year to accumulate observation hours as well as apply to graduate programs in occupational therapy. I recently received an extension for my position in the Child Study Lab so I will also be working on the lab’s newest project.

Georgia Tech helped me become more confident and hardworking. The skills and work ethic that I gained here will be important as I enter the healthcare field. 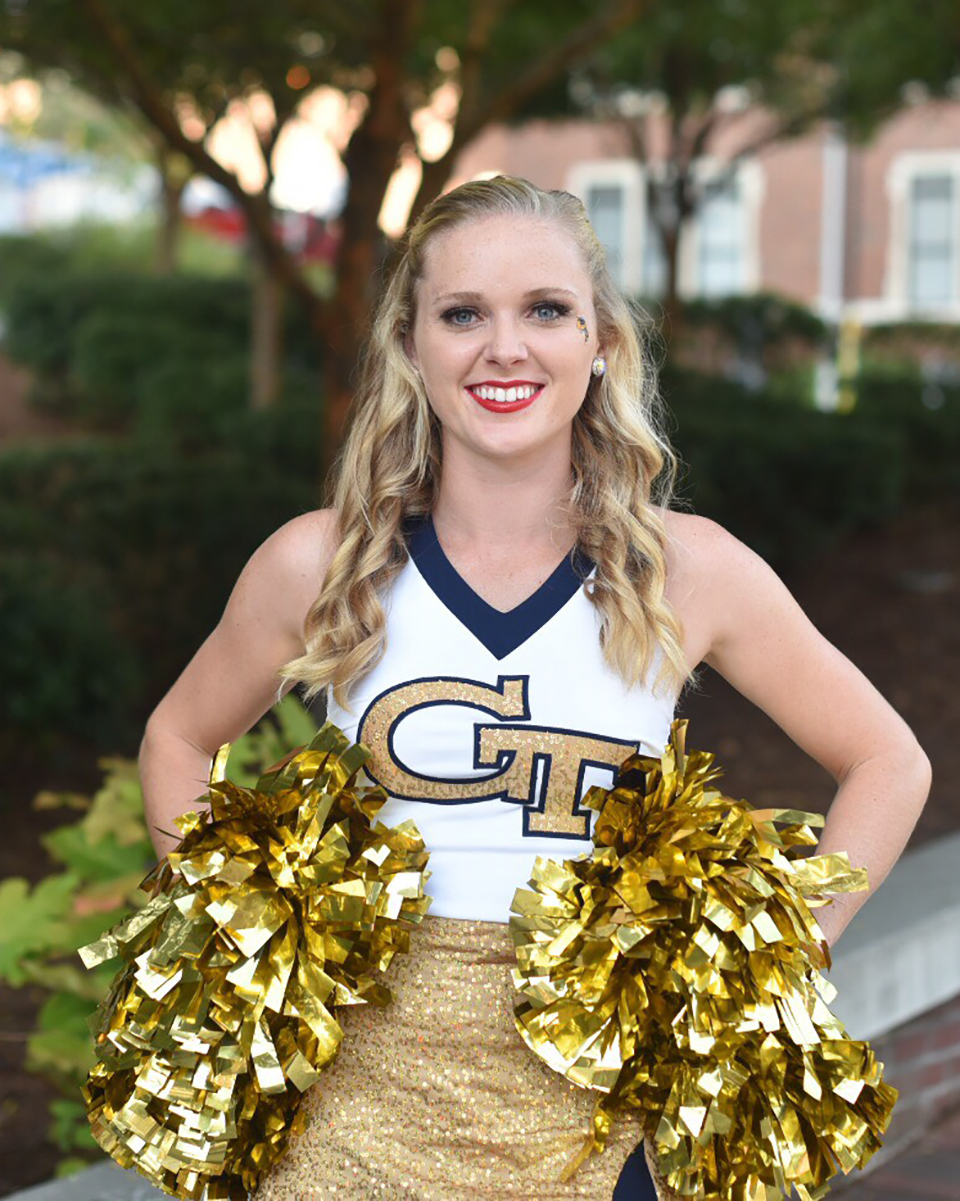