Benjamin Breer and His Favorite Element

The monthly series "My Favorite Element" is part of Georgia Tech's celebration of 2019 as the International Year of the Periodic Table of Chemical Elements, #IYPT2019GT. Each month a member of the Georgia Tech community will share his/her favorite element via video.

Breer is also an undergraduate researcher in the Magnetospheres in the Outer Solar System research lab, led by Sven Simon, an associate professor in the School of Earth and Atmospheric Sciences.

Breer’s favorite element is hydrogen, the most abundant elements in the universe. “It’s as if you’re walking in a mall," Breer says in the video, "and every single person you see is a hydrogen atom."

Breer also cites research that may point to a sea of hydrogen under the surface of Jupiter – an ocean’s worth of the element that is under so much pressure, it takes a liquid metallic form.

Breer graduated from the Gwinnett School of Mathematics, Science, and Technology, in Lawrenceville, Georgia.

Renay San Miguel, communications officer in the College of Sciences, produced and edited the videos in this series.

Other videos in this series are available at https://periodictable.gatech.edu/. 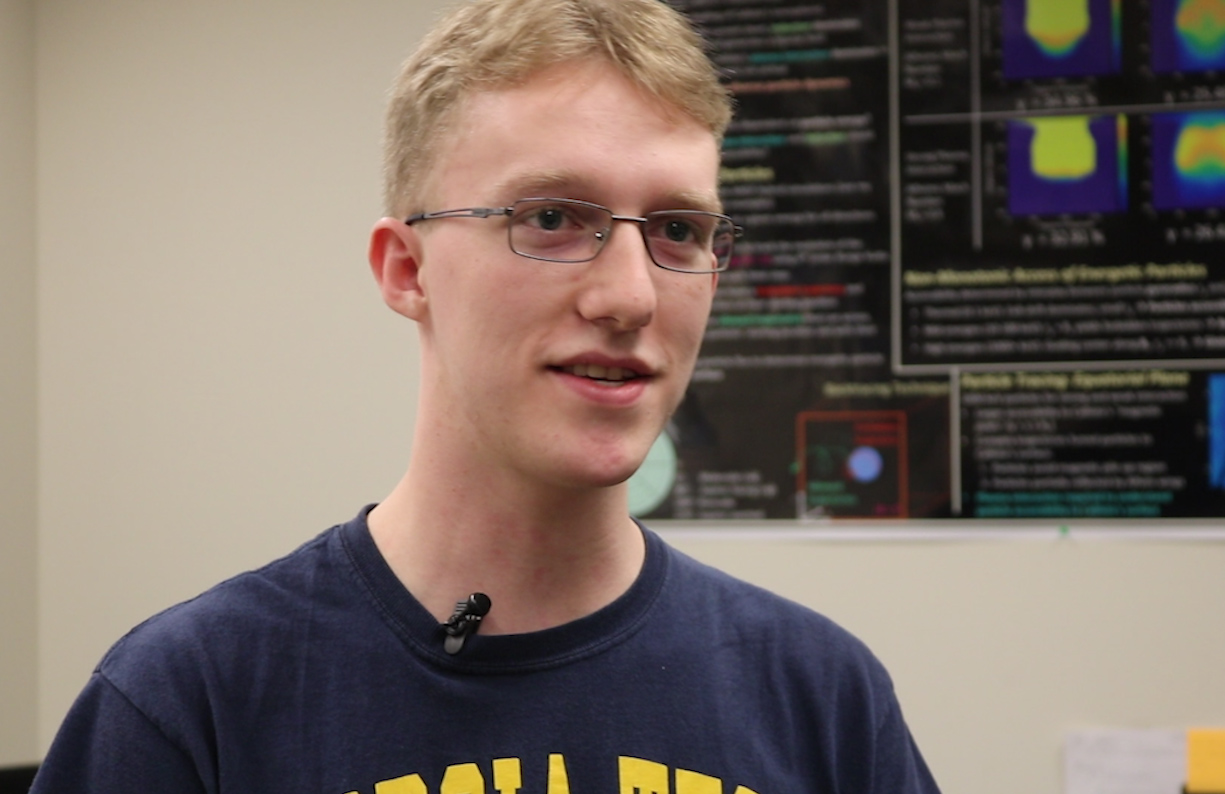