Build Your Own Biology Textbook

For five years, the School of Biological Sciences at Georgia Tech has used open education resources (OER) to open the door to updated biology textbooks for introductory courses — that also save students money.

In a recent email from a fellow University of Georgia institution, colleagues conducting a survey asked Tech for recommendations on the most common textbooks used for introductory biology courses.

The answer from Jung Choi, associate professor in the School of Biological Sciences and director of the Master’s program in Bioinformatics: “At Georgia Tech, we use our own,” with an invitation to check out the open source textbooks.

Choi and senior academic professionals Shana Kerr and Chrissy Spencer, who also serves as associate chair for Undergraduate Affairs in Biological Sciences, don’t just teach those introductory courses. They wrote the two textbooks for the classes “Biological Principles” and “Organismal Biology” specifically for their students, who also get to save money that would have been spent on commercial textbooks for those courses.

The textbooks are examples of open education resources (OER), which involves the use of digital learning and teaching materials that are either in the public domain, or are under copyrights that allow them to be used, changed, and shared at no cost.

“We have been using these in lieu of a commercial textbook for over five years now, with a high degree of both instructor and student satisfaction,” Choi says. “Students and teachers all over the country and from all over the world access our online textbook,” thanks to a license from Creative Commons, a nonprofit organization that protects copyrights while enabling sharing of knowledge and creativity.

That license allows for “anyone to use the textbooks as is, or to copy and modify for their own purpose, for non-commercial use with attribution and making any modifications also available under the same license,” Choi says.

Both Spencer and Kerr credit Choi for moving the School of Biological Sciences toward OER. “To me, the story is about a student educator and faculty mentor (Jung Choi) whose ideas and passion for undergraduate student learning generated this online textbook as the end product,” says Spencer.

Both OER textbooks are, as Spencer calls them, “living documents” that are regularly updated, not just with updated editions, but also to incorporate new scientific ideas.

“We built in readings on gene editing using CRISPR/Cas9 (the genetic-editing technique that won its scientists a 2020 Nobel Prize) that are not yet in most commercial textbooks,” Spencer says. “During the pandemic we incorporated content on viruses and specifically on SARS-CoV-2, the virus that causes Covid-19.”

Along with Choi, Spencer, and Kerr, about a dozen faculty members have rotated through teaching the “Introductory Biology” sequence, Choi says. “All the faculty have readily accepted using the site,” for textbooks, he explains. “Some suggested improvements or pointed out corrections that we quickly incorporated on our pages. We also looked at student performance on midterm and final exam questions, and found no difference in student performance before and after the transition to our web pages.”

Kerr says she was excited to work with Choi and Spencer on a project that she believed “would benefit students — both academically and financially.”

Before OER, the introductory biology textbook and homework packet cost up to $250 per student. “We adopted a low-cost homework and in-class quizzing system that cost $12,” Choi says. “Estimating that about 500 students take the course each year, that's more than $100,000 per year (in savings) for this single course.”

When the transition to OER began, one class had access to both the faculty-written textbook and a commercial textbook. “We surveyed students to see which resources they used, and they overwhelmingly used our web pages over the alternatives,” Choi says.

From teachers to textbook authors

The idea to use OER resources was initially prompted by Choi’s recognition that students struggled to learn about membranes, molecules, and metabolism from an evolutionary perspective, Spencer says. “The textbooks we used did not integrate evolutionary thinking into that content, and in fact were very human-centered in their approach.”

Choi had already developed OER readings as blog posts for about a quarter of the “Biological Principles” course in 2012 when the decision was made to develop the School’s own textbook, with Choi, Kerr, and Spencer dividing the writing duties. “Personally, I felt like it was down to the wire to get everything in place, but our mutual commitment to serving our students was a strong motivator to keep at it,” Kerr says.

Chaohua Ou, assistant director of Special Projects and Educational Initiatives at Georgia Tech’s Center for Teaching and Learning (CTL), adds that OER is used in many ways across the Institute, explaining that it includes “many things, not just books. They could be materials for teaching, learning, and research in any format or medium that are publicly accessible.”

Choi, Kerr, Spencer, and other faculty who instruct in the introductory biology courses at Georgia Tech spent a semester crafting very specific learning objectives for every class session of the “Biological Principles” course. “These objectives are designed to let students know precisely what we expect them to know and be able to do by the end of the class session,” Kerr says. “Without the learning objectives, I don’t think we could have written the textbook in such a targeted and streamlined way.”

“Writing this book was focused, fast, and furious,” Spencer says. “I was so excited to be implementing a free textbook resource that was truly focused on only the content and applications that we wanted the students to know for the course. When writing to deadline, I felt more attuned to the course content, and more considerate of what students typically already knew and what they so often struggled with in the course.”

A textbook for the second introductory biology course, “Organismal Biology,” came about because the faculty decided it was not reasonable to require students to buy a full commercial textbook for just one semester of the two-semester course sequence.

“Our successful development and release of the ‘Biological Principles’ OER spurred me to take on a similar project for ‘Organismal Biology,’” Kerr says.

Choi says since OER has trended in higher education, commercial publishers have launched lower-cost options such as rentals or online subscriptions. Yet he says students lose access to those when their subscriptions or rentals expire. “Our web pages are accessible to students for as long as we continue to host the site.”

Faculty across Biological Sciences have been supportive of OER, Spencer adds, “after seeing the data that we’ve done ‘no harm’ to student learning — while saving them on textbook and online homework system costs.” 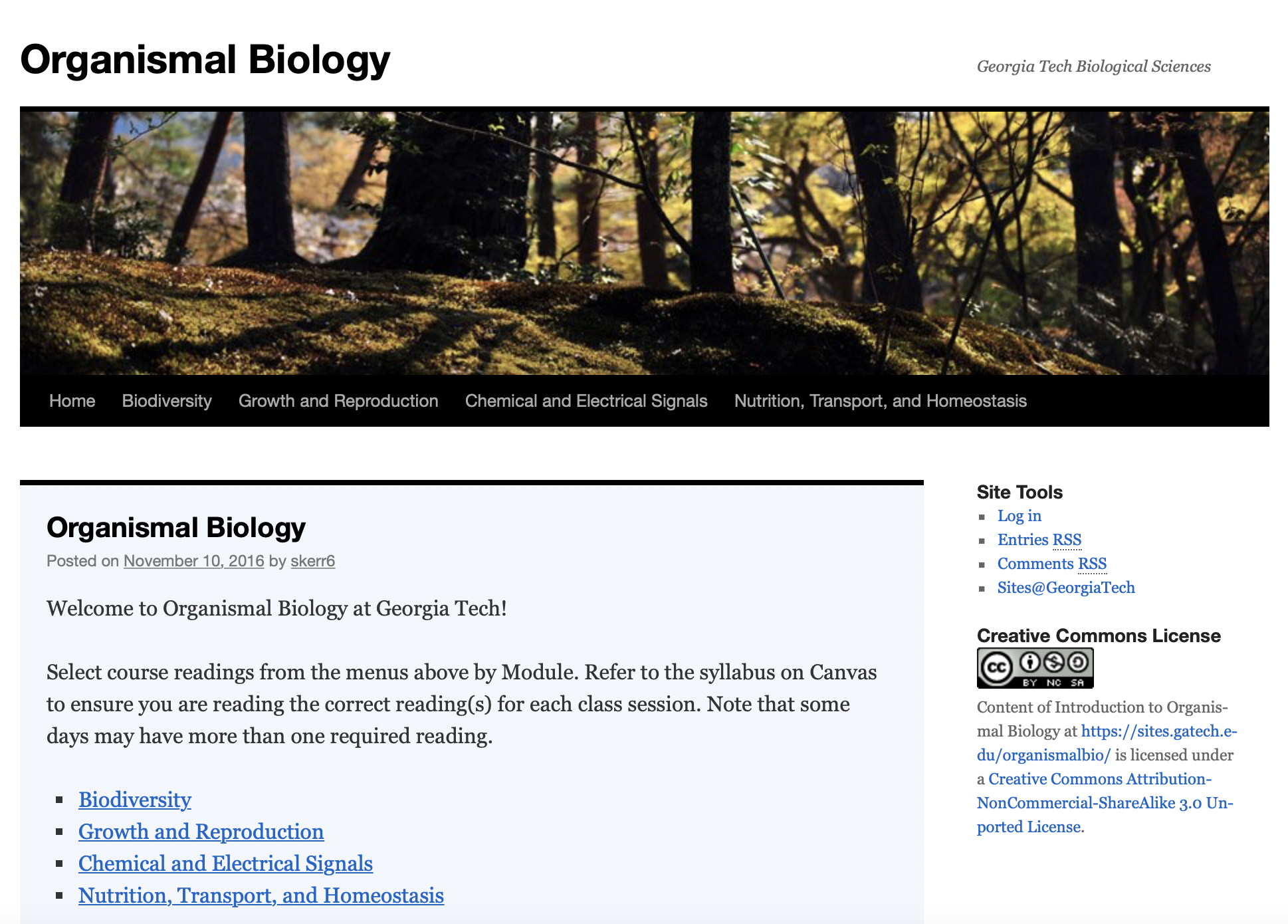 A screenshot of Organismal Biology, one of two introductory biology online textbooks written by School of Biological Sciences faculty. 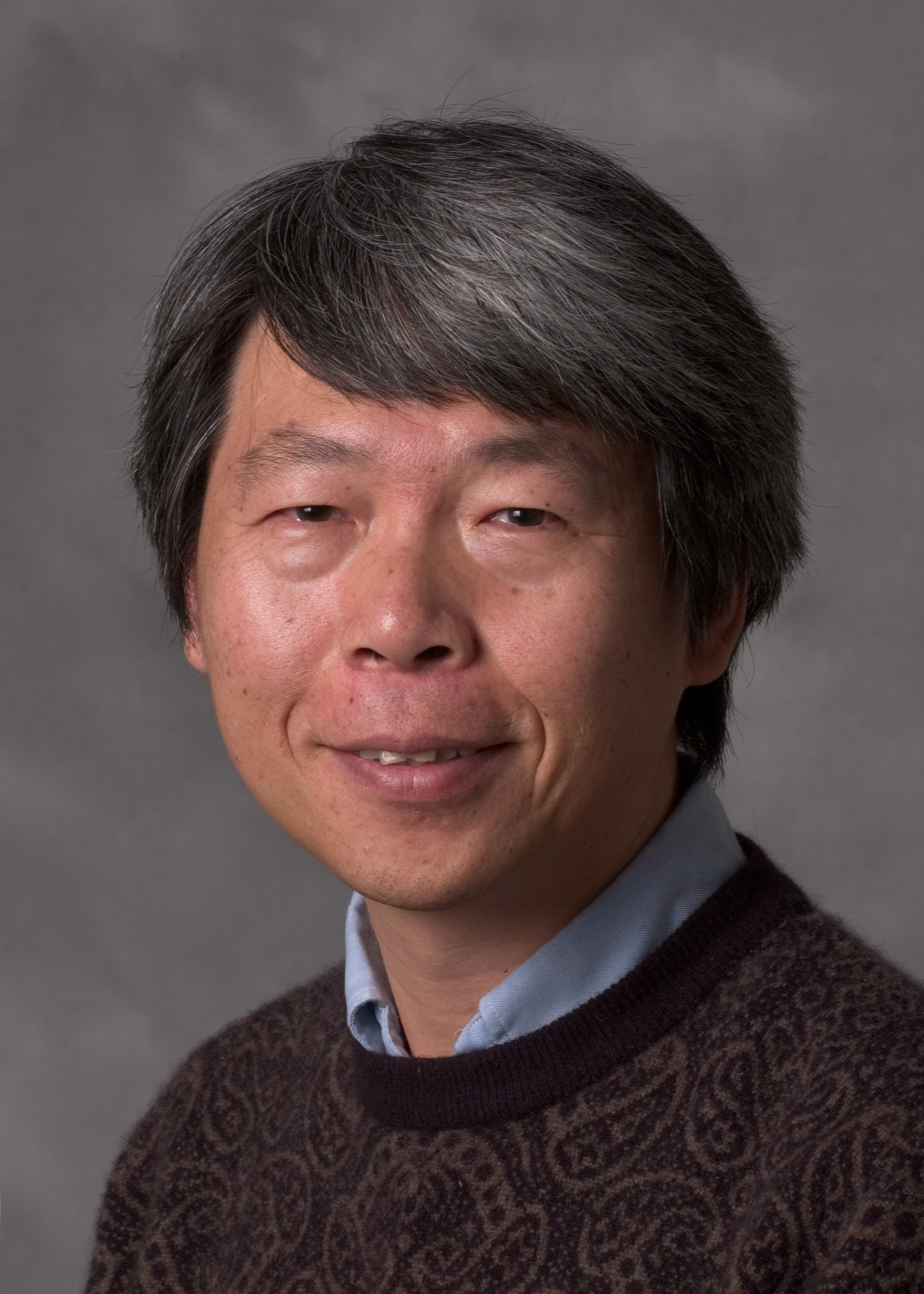 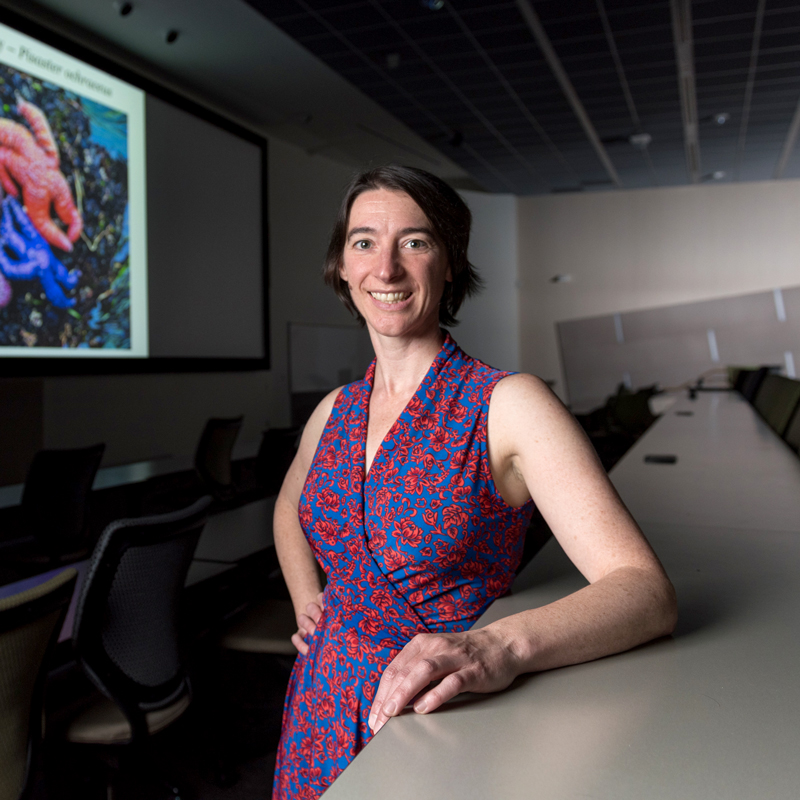 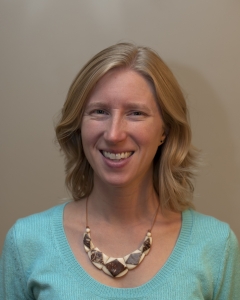