A Colorful Explanation for How We Remember Things

When you remember something, does the memory come all at once, in a flash? Or does it unspool at a slower pace, with details popping up here and there as they fill the gaps in your memory?

A new study from the School of Psychology points to evidence that in the midst of the brain’s electrically induced chaos of firing neurons and snapping synapses, encoding and recalling memories seems to follow a pattern, regardless of age. Further studies of this process could someday help lead to earlier diagnosis of neurological diseases like Alzheimer’s.

“When we are experiencing visual events like we do on a daily basis, our brain will first perceive and encode into memory the simple features that are in color before the complex features like the scene, the room that we are in,” says Audrey Duarte, co-author of the study and principal investigator in Georgia Tech’s Memory and Aging Lab. Duarte is also a professor in the School of Psychology.

“When we bring that event back, it’s the opposite temporal order. First the scene, then the color.”

A key factor in that process? Just like your teachers told you — it’s all about paying attention.

Those are the main takeaways from the study, published January 15 in eNeuro, the journal of the Society for Neuroscience, under the title, “Context Memory Encoding and Retrieval Temporal Dynamics Are Modulated by Attention across the Adult Lifespan.” The lead author is Soroush Mirjalili, a research assistant and grad student of Duarte’s.

Mirjalili described the study’s findings in a way that might resonate with those dealing with pandemic restrictions. Imagine viewing a talk in a virtual conference. “Your brain would be processing the simple features like colors on the slides before it would process the spatial layout of the presentation or perhaps the layout of the room in which you are viewing it,” Mirjalili says. “But later if you are remembering this experience, it is these more complex spatial details like those of the room you are sitting in that are likely brought back to mind first before the simpler features like the colors.

“Now imagine that a colleague later asks you about your experience at this conference and whether you tuned in from home or work. Your brain would be able to retrieve information about the spatial context of wherever you are right now even faster than if they didn't prompt you with that question about the location.”

Georgia Tech researchers Jonathan Strunk, Taylor James, and Patrick Powell are also co-authors of the paper, which was presented at a January 15, 2021 virtual news conference.

How Memories Get Filed Away

The study’s primary focus is episodic memory, or a category of long-term memory that involves the recollection of personally experienced specific events, situations, and experiences. It has both simple and complex features, and it becomes less reliable with age.

Duarte and her students started to dig at those unknowns with the help of 58 study volunteers, ages ranging from 18 to 72, fitted with electroencephalography (EEG) skullcaps recording activity in their brains. Survey participants studied pictures of black and white objects presented with both color (representing low-level or simple features) and scenes (high-level or complex features), and subsequently made context memory decisions for both features. “Attentional demands were manipulated by having participants attend to the relationship between the object and either the color or scene while ignoring the other context feature,” the authors say.

Duarte’s team started with existing research about the brain, particularly how it deals with perception. “Both in humans and animals, studies have shown that the brain can tell different colors apart before it can tell different scene features apart,” Duarte says. “That’s just because of the way the brain is organized. Those areas that are sensitive to color are just earlier in the stream of visual processing. Then there are those regions that are more sensitive to more complex, spatial details.”

Duarte and her team hypothesized that memory might happen the same way that perception does. “My brain can tell red from green earlier than whether it’s an indoor or outdoor scene,” she says. “But we didn’t know about memories. Maybe they’re encoded in the same order.”

It turns out, according to the team’s data, that it does encode the memory in the same order — but not when it comes to remembering. That’s where attention comes in.

“That was a novel aspect of our study,” Duarte says. “We hypothesized that what people are attending to is going to make a difference there.”

“The temporal order in which we learn and remember is dependent on these hardwired visual pathways in the brain, but it’s also dependent on what we’re paying attention to,” Duarte says.

An earlier diagnosis for Alzheimer’s?

Learning as much as possible about how memories are stored and retrieved is helpful on a basic science level, but several other studies conducted in Duarte’s Memory and Aging Lab deal with the impact of neurological diseases like Alzheimer’s.

Duarte says the regions of the brain discussed in the study — the visual pathway, regions sensitive to color and scenes — don’t change a lot with normal aging. “But in pathology, which can occur even in a person’s 20s, with genetic predisposition, you can see this pathology in the brain but only with invasive methods,” she says. “If you see that pathology in those people in the same regions, they may not have amnesia yet but they might have a different temporal disorder. Perhaps early on in this disease, you can measure the timeline of memory recovery to see if there’s something else going on.”

Even for those who might not develop Alzheimer’s in 30 or 40 years, who may not yet have any detectable impairment, “it could be there’s something different in the temporal order of their memory, what’s recovered before what,” Duarte adds. “That might be an application for this kind of work, which isn’t invasive.” 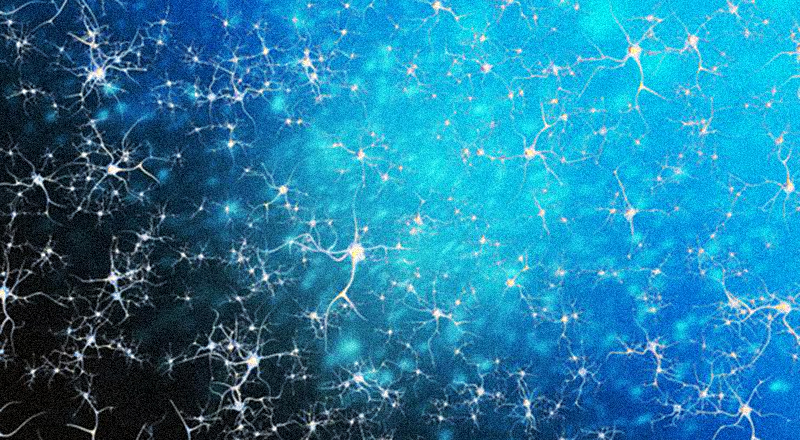 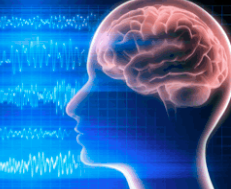 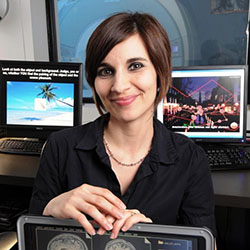