The cover of the August 2019 issue of the Journal of Proteome Research highlights recent findings in the lab of Facundo Fernandez on detection of ovarian cancer in mice.

According to the study, ovarian cancer has a distinct metabolite signature, a unique combination of presence and abundance of small molecules that can be used to detect the disease at an early stage. So far the signature has been validated only in mice that manifest human ovarian cancer very closely.  "With that information," Fernandez says, "we can now look at human samples and see if similar pathways and metabolites are altered by ovarian cancer."

Ovarian cancer is the most lethal of gynecological diseases; it is the seventh most commonly diagnosed cancer among women worldwide. Most ovarian cancers are diagnosed in the late stages, for which the five-year survival rate is only 29%.

The most common and deadliest type of ovarian cancer is high-grade serious carcinoma, accounting for up to 80% of deaths. Most cases are diagnosed at an advanced stage, when survival rates are low.

The Fernandez Lab has shown the ability to detect HGSC in mice with 95% accuracy. "We view this as the first step in looking for similar patterns in humans and pursuing a blood test that can detect this deadly disease," he says. 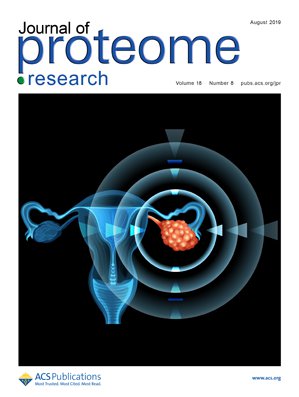