Our lives and those of many complex organisms are based on consuming large quantities oxygen (O2), a key product of photosynthesis. A recent study shows that Earth’s biosphere only recently has been capable of producing enough oxygen to sustain complex life. The work is a step forward in reconstructing the evolution of Earth as a life-support system, and should provide clues in the search for life beyond the solar system.

Published in Geobiology, the study comes from Georgia Tech researchers Kazumi Ozaki and Christopher Reinhard. Previously a NASA postdoctoral researcher in Reinhard’s lab, Ozaki has joined the Toho University Department of Environmental Science, in Japan, as an assistant professor. Reinhard is an assistant professor in the School of Earth and Atmospheric Sciences. The NASA Astrobiology Institute and the National Science Foundation provided funding for the work.

Reinhard’s research seeks to understand the size and scope of Earth’s biosphere, which consists of all regions of Earth that are inhabited by living organisms. How the biosphere has coevolved with the environment over billions of years is a key question. Understanding the biosphere’s level of activity over time is part of the answer.

“Our study revealed that for vast periods of Earth’s history, the biosphere has been much smaller and less active than it is today,” Ozaki says. “We find that the Earth’s biosphere around two billion years ago was photosynthesizing at only about 10% of the modern rate, releasing less than about one-quarter of the amount of oxygen it makes today.”

To achieve the results, Ozaki and Reinhard developed a theoretical model for the Earth’s biosphere and its interaction with the environment. The new model captures the major processes controlling ocean and atmospheric chemistry but is streamlined enough to be run tens of thousands of times. By comparing model results to evidence from geologic records, the analysis allowed them to quantify both major features of the ancient Earth system and their uncertainty due to poorly constrained variability in model parameters.

The findings are a step forward in quantitatively reconstructing the characteristics of the ancient Earth system – from atmospheric composition to the evolving climate under a dimmer sun more than 3 billion years ago, Reinhard says. “Our approach can also be used to pinpoint the types of data from Earth’s rock record that we need in order to more precisely hone in on the size and scope of Earth’s biosphere as it has evolved over billions of years.”

The approach also provides another tool to test how different levels of biospheric activity shape atmospheric chemistry and climate, Reinhard says. “That line of inquiry will help researchers better understand the principles controlling habitability of Earth-like planets beyond our solar system.” 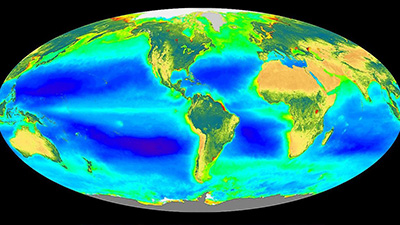 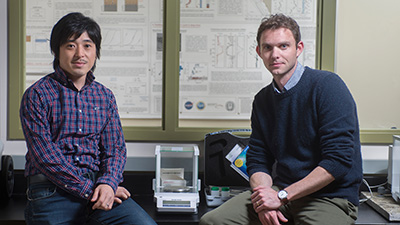