This summer, Joshua Weitz, a professor with the School of Biological Sciences who is also the founding director of the Quantitative Biosciences Interdisciplinary Graduate Program (QBioS), organized a “Hands-On Modeling Virtual Workshop” focusing on epidemics.

The Weitz Group at Georgia Tech has created various models and figures to help explain the spread and epidemiology of Covid-19. Weitz has frequently shared his findings with local and national media outlets.

This year marked the fourth annual “Quantitative Biosciences Hands-On Modeling Workshop”. Due to Covid-19, the summer 2020 event was held virtually. Focused on the basics of epidemic modeling, the workshop was joined by more than 50 online attendees from around the globe.

Weitz delivered two lectures on epidemic theory and the latest Covid-19 research. In addition, ten QBioS students, two post-doctoral scientists from the Weitz group (David Demory and Stephen Beckett), and one external post-doctoral scientist (Bradford Taylor) served as instructors for small group sessions, focusing on the hands-on experience of coding deterministic and stochastic models to predict the spread of epidemics.

The QBioS Ph.D. student organizers collected surveys following the event, which provided feedback on both the content and format of the workshop. Some examples:

“The flow of the workshop is great. Learning introductory concepts to start, the ability to apply some of them with hands-on, and then finishing with applications and extensions. Having many participants from many backgrounds adds a lot to the small group sessions as well.”

“I thought it was a great workshop to get core concepts across. I think the online format was done as best as possible and appreciated the thoughtful instructors.”

Weitz and Pablo Bravo, a second year QBioS Ph.D. student in Quantitative Biosciences, share thoughts on how they ran the virtual workshop — along with ideas and advice for those looking to host similar online workshops:

What were the biggest lessons learned from your summer workshop?

Weitz: The survey results communicated two important lessons. First, positive
responses to the workshop structure reinforce just how critical it is to contextualize modeling in terms of a key biological challenge. Providing a biological scaffold helps to focus student work and keep their interest and attention on the technical material. The second lesson is that there is an adaptation period to hands-on learning online. We intentionally spaced out the coding sessions with a mid-day break and most of the issues appeared in the morning as students and instructors adjusted to their group's dynamic, including debugging code while in different locations, and indeed, countries.

Bravo: One aspect that made the workshop possible was the participation of many members in different roles: coordinators, advertising, lecturers, instructors, IT support.  Planning and working early as a team were essential.

What were the biggest challenges you had to overcome?

Bravo: There were two main problems that we had to solve. First, we offered support for three programming languages (MATLAB, Python, R), and given the high number of registrations, the first year QBioS cohort couldn't handle all of them. Members of the QBioS community, current and past members of the Weitz group stepped in and helped us in leading activity groups. It wouldn't have been possible without them!

Also, debugging was an issue. Debugging scripts over video calls was extremely difficult. Attendees were not keen on screen-sharing their code at the beginning, but as they got to know each other, this stopped being an issue. Delay between the video and audio feed remained an issue throughout the whole workshop.

What’s the one takeaway you want to stress to instructors looking to offer similar webinars and online workshops?

Weitz: Overall, we are optimistic about our ability to continue to develop and implement innovative teaching strategies in QBioS — but remain realistic that adjustment periods will be needed to foster an atmosphere conducive to small group learning when groups are dispersed.

Bravo: I think the biggest factor in the success of the workshop is that it was centered around interactive activity sessions, in which five students and an instructor would go through the material and write the scripts together. This promoted both active learning and discussion between the attendees, and also allowed attendees to follow up with questions and comments to their respective instructors ­­— even days after the workshop finalized. 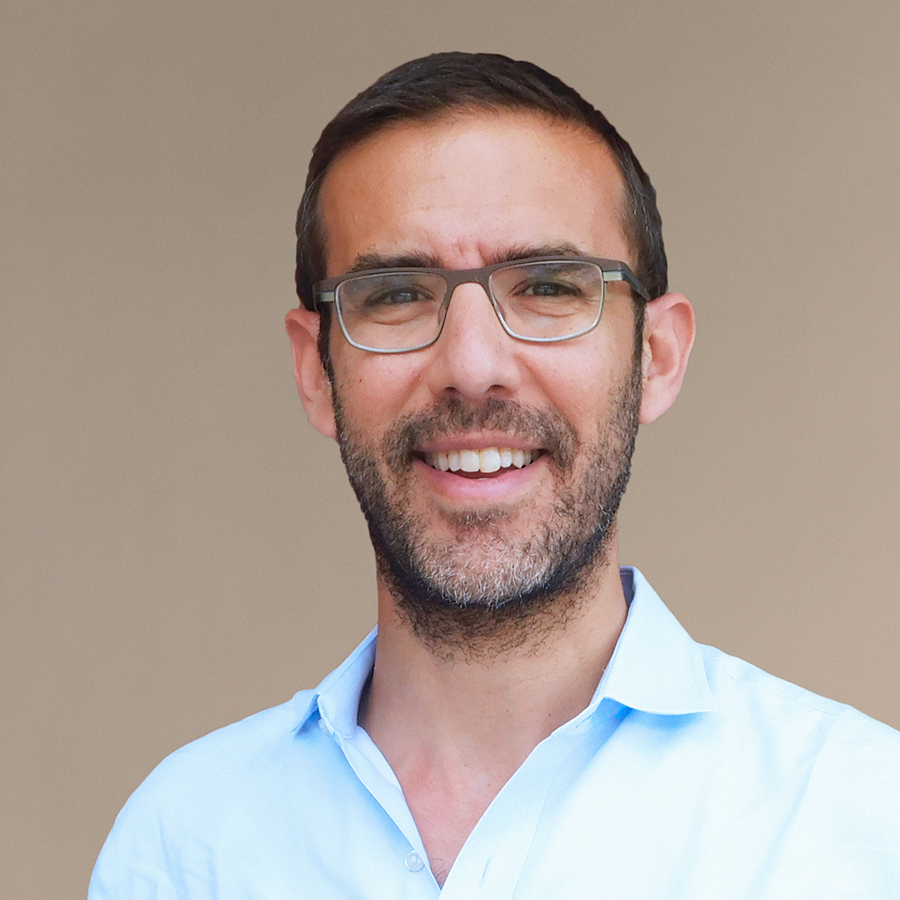 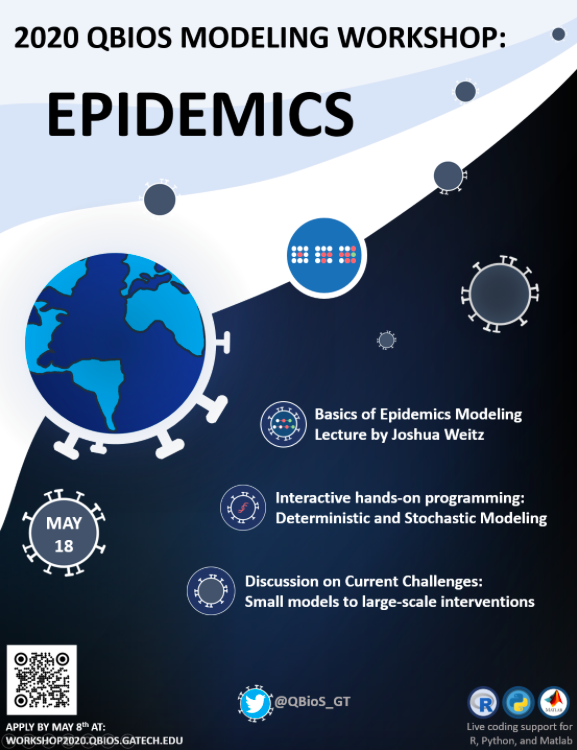 A poster for the 2020 QBioS Hands-On Modeling Workshop.