Exploring Oceans on Earth and Beyond: Reinhard Looks to the Skies and Seas

Chris Reinhard has a history at Georgia Tech of helping NASA search for alternate Earths — potentially habitable exoplanets — in our galactic neighborhood. Yet he also wants to better understand the climatic changes that impact the planet he currently lives on, and the role that our oceans play in that process.

Reinhard’s latest research successes keep him on both of those tracks.

In November, Reinhard, an associate professor in the School of Earth and Atmospheric Sciences (EAS), found out that NASA will fund Georgia Tech to be part of its new Interdisciplinary Consortia on Astrobiology Research (ICAR) organizational structure, which will replace its NASA Astrobiology Institutes (NAIs). (Georgia Tech has hosted an NAI since 2015.)  Reinhard and other EAS scientists join an ICAR team based at the University of California, Riverside that will study “Alternative Earths – How to Build and Sustain a Detectable Biosphere.”

Meanwhile, Reinhard and a postdoctoral researcher in his group,  Mojtaba Fakhraee, published a study in November in Nature Geosciences about the Earth’s so-called “biological pump,” the process that sends carbon dioxide from the atmosphere deep into the ocean, where it mixes with biomass and sediment, thereby helping to regulate the planet’s carbon cycle, atmospheric composition, and climate. A new model developed by Fakhraee, the lead author for the paper, shows that environmental factors like temperature have played “an important and underappreciated role” in the evolution of the Earth’s carbon cycle.

NASA began its NAI program in 1998 as a way to partner with institutions of higher learning and other research centers, to unlock more secrets about potential life in the cosmos, as well as its origins on Earth. Georgia Tech was funded as a principal "node" of the NASA Astrobiology Institute team called Alternative Earths, initially funded in 2015. The new ICAR team has the same name and shares a number of overarching goals, and involves a number of researchers at Georgia Tech, including Reinhard and EAS colleagues Jennifer Glass, Britney Schmidt, Taka Ito, and Sean Crowe (adjunct EAS appointee.) Most of Reinhard’s lab group, Earth System Science@Georgia Tech, is also aboard the ICAR team.

The new NASA astrobiology research system, as explained in an early November press release announcing the agency’s eight new ICAR teams, “has developed over time to meet the needs of a rapidly-evolving field with an expanded scope and emergent questions driven by two decades of research and discovery in astrobiology.”

The main goals from the 2015 NASA Astrobiology Initiative remain in place:

NASA says the NAIs and Research Coordination Networks — which provide interdisciplinary and community support to scientists — helped establish those common goals for the astrobiology community, and now the ICARs will take advantage of next-generation tools, techniques, and resources to keep pursuing them.

“A key component of our pitch is to leverage some existing tools that haven’t been used much in this space,” Reinhard says. “For example, 3D ocean biogeochemistry models have existed for a while, and have been used for recent and future projections of the carbon cycle and climate change. These are potentially powerful tools for for studying exoplanets, so we’re trying to pursue that kind of model development and application in a big way.”

New computational models that will take advantage of high-performance computing capabilities at Georgia Tech’s Coda and PACE facilities, and elsewhere in the U.S., should also help with Reinhard’s ICAR team research. “There’s quite a bit of uncertainty on how these models work, and how they can be applied outside of standard Earth boundary conditions. And of course any habitable planet, like Earth, will be an incredibly complex system with numerous interacting components. The challenge is to represent this in a way that doesn’t require six months of computing time to run a single model.”

The ICAR Alternate Earths team will use data from the forthcoming James Webb Space Telescope (JWST), set to launch in 2021. They’ll also help NASA design what the generation of observational instruments beyond JWST should look for when it comes to biosignatures on exoplanets. Many of those instruments are now in design stages, Reinhard says.

“What particular signals do we predict as being the most likely, the most robust, to look for?” he says, referring to chemicals such as oxygen and ozone. “What kind of recommendations can we make about wavelength ranges? What kind of spectral resolutions do we need? What are the signs of life in an atmosphere that totally lacks oxygen — and how might geological processes mislead you?”

From exoplanets to Earth’s “biological pump”

One of Reinhard’s co-authors on the Nature Geoscience paper, Noah Planavsky, assistant professor of Earth and Planetary Sciences at Yale University, is also on the UC-Riverside Alternate Earths ICAR team. Reinhard notes that it’s another connection between research involving our Earth, and the search for habitable exoplanets.

“A key aspect of trying to use the Earth to learn what these other planets may be like is better understanding how the Earth behaves over time,” Reinhard says.

For the Nature Geoscience study, Fakhraee had to come up with a new mechanistic model that takes into account the amount of marine organisms, like algae and phytoplankton, that also help absorb sequestered carbon.

“The model we used simulates the formation of marine particles,” Fakhraee says. “The faster the particles reach the seafloor, the more carbon would escape from the water column to be stored in the sediment. So the model tries to find out how change in temperature and biology of the ocean could have impacted the speed of those marine particles, whereby influencing the strength of carbon sequestration in the ocean.”

Previously, scientists thought that as algae evolved with bigger cell sizes, along with other ocean biological structure changes, it would speed up the descent of marine particles in the ocean and help keep carbon sequestered. “But our results indicate that such increase in speed of marine particles caused by evolution of bigger-sized algae is not substantial when compared to the impact that change in average global temperature could have had on the ocean carbon sequestration.”

“The added dimension that we think is cool is the impact of oxygen,” Reinhard adds. “How have changes in ocean oxygen abundance and distribution combined with changes in temperature to impact the strength and dynamics of the biological pump?” 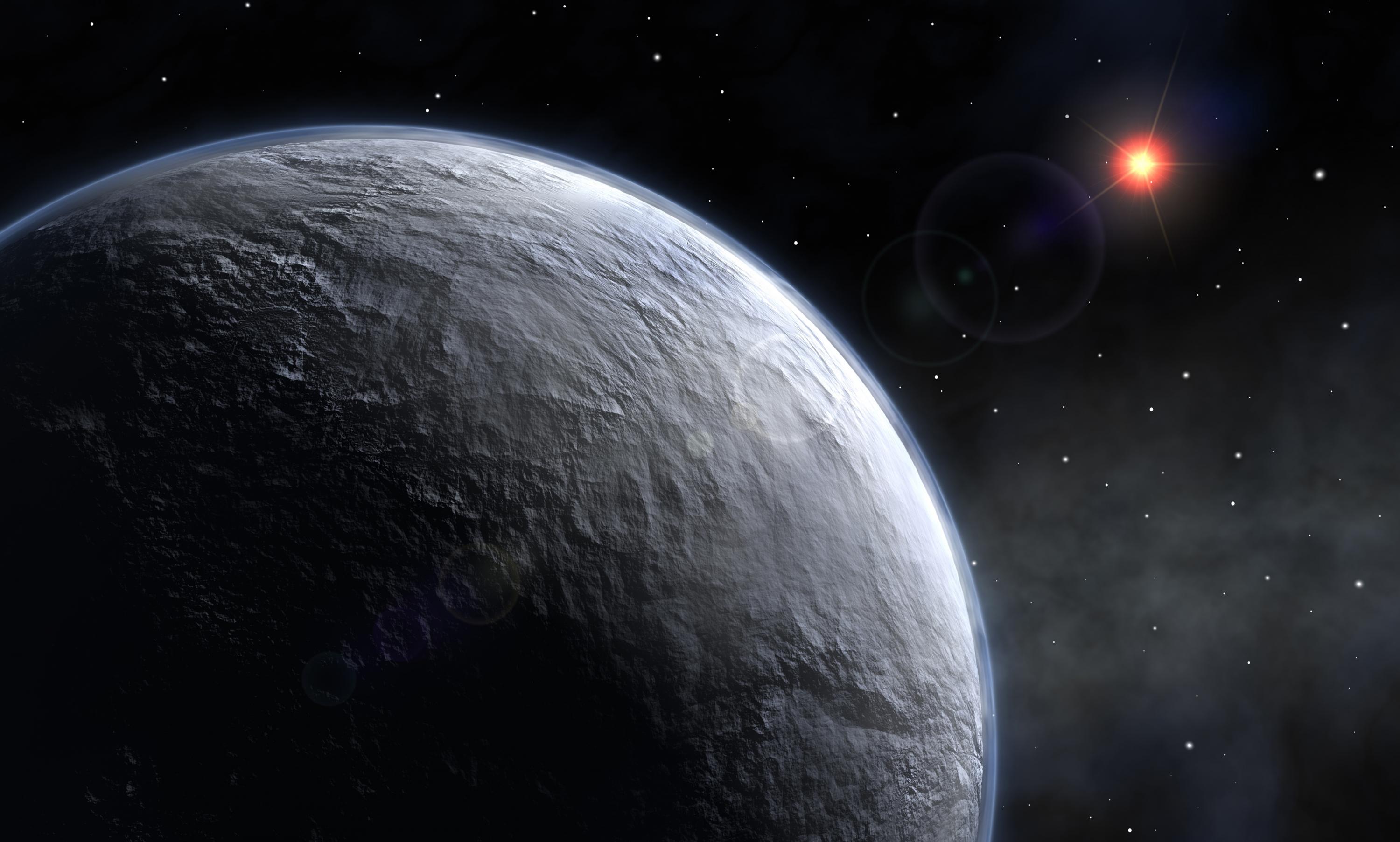 Artist's concept of an ice-covered planet in a distant solar system, resembling what early Earth may have looked like it the right mix of microbial metabolisms and volcanic processes hadn’t warmed the climate. Source: European southern observatory (EXO). 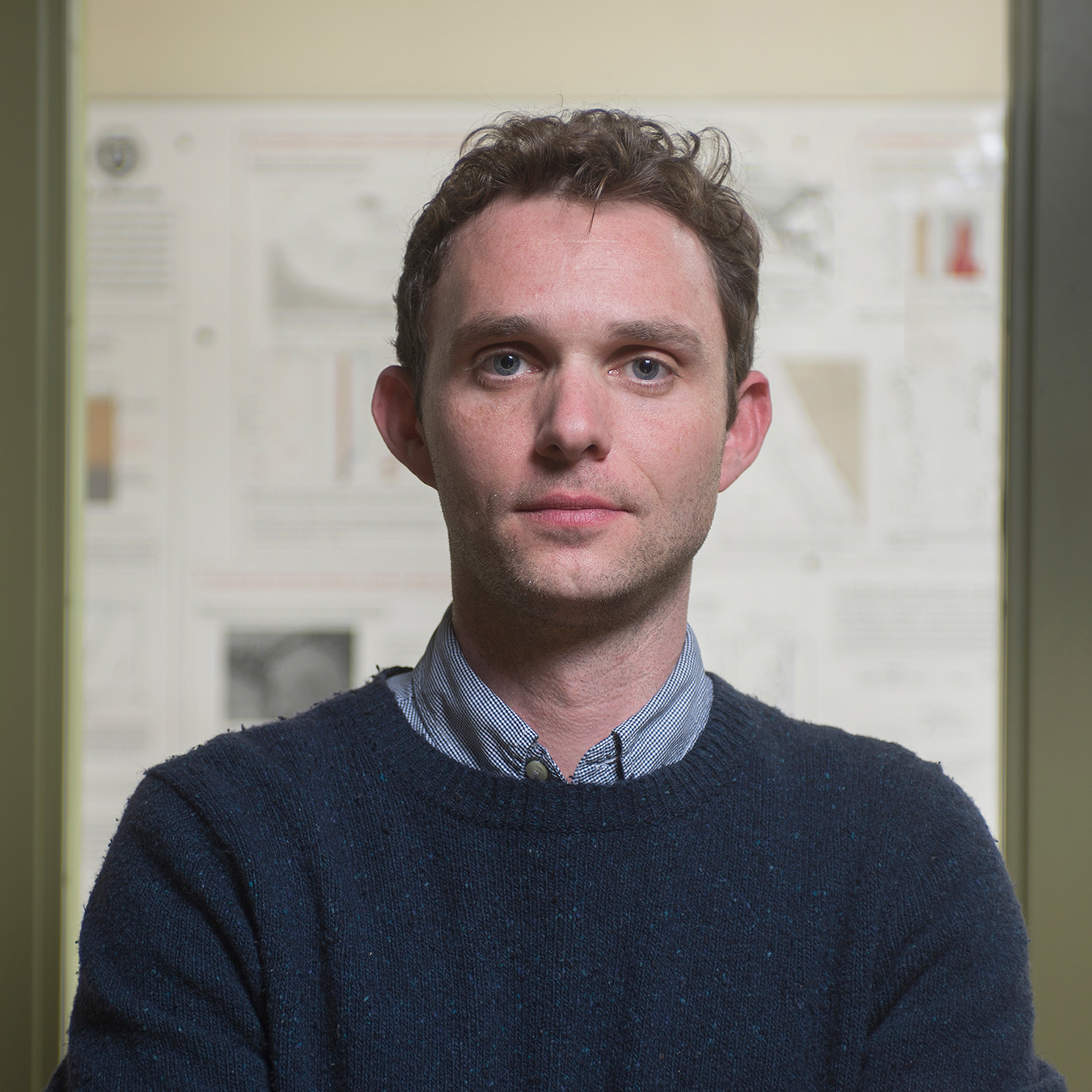