Finding the Beauty in Design

There are three inevitable things in this world: death, taxes, and feeling like an idiot when you push a pull door or pull a push door.

Doors should be intuitive, but if they’re not, it’s not your fault. It’s bad design, according to Rachel Stuck.

Stuck is the president of the Georgia Tech chapter of the Human Factors and Ergonomic Society (HFES-GT). “There are so many things that you encounter that make your day frustrating and it’s really just because they’re poorly designed,” she says, pointing out examples on Georgia Tech’s campus like confusing signage and those aforementioned doors.

HFES-GT is working to change that.

Since its founding in 1999, HFES-GT has helped improve how we interact with design. Mostly made up of Ph.D. students in Georgia Tech’s Engineering Psychology Program, HFES-GT teaches others about the role of design in people’s lives. Because of its work, HFES-GT has consistently won awards for Best Action Plan and Outstanding Student Chapter.

Engineering psychologists explore the relationship between humans and the products we use every day. “When you think of psychology, you think about Sigmund Freud, or going to a counselor and talking about your dreams, or a reading self-help book. And to me, that’s not really a full impression of what psychologists do,” says Jamie Gorman, an associate professor in the School of Psychology and the chapter’s faculty advisor.

Engineering psychology can be traced back to aviation psychology, a field that emerged when World War II created the need for better pilot-cockpit interactions. Now, the field extends to all kinds of human-machine relationships.

Stuck lives and breathes design. “Design is integral for pretty much anything,” Stuck says, turning to the chairs we’re sitting on. “For these chairs, someone decided the height based on the height of the average person,” she explains. They did not just make chairs; they had to consider the comfort of its user.

When Stuck became president last year, she focused on these everyday applications. “People aren’t aware of how much design impacts your life,” she says. “We want to help people be more aware of their surroundings. That’s partly why we host this bad design poster competition in Atlanta.”

Stuck is referring to the annual Bad Design Atlanta Competition, now in its 10th year. Georgia Tech students are encouraged to find bad design and propose a solution to fix it. In 2016, Connie Xie won for the stairs to nowhere, the frustrating set of stairs leading up to University House in Midtown that seems straight out of Alice in Wonderland. At the base, they’re quite wide, then they narrow to an extreme, winding and ending at a small platform.

Working in the Community

The chapter also reaches out to the community through programs at Fernbank Science Day and the Atlanta Science Festival, where they host games for kids that highlight the importance of good design. “I think that is extremely important,” Gorman says. “That’s where the next generation is going to come from.” He’s also excited about the five-minute method videos that the chapter posts on Youtube, teaching the public about design.

But perhaps the most exciting work is the chapter’s partnerships with nonprofits. “I want to continue helping organizations that can’t necessarily hire experts to come in and evaluate things like their websites or forms,” Stuck says.

For more than two years, Stuck had been volunteering with Furkids, so this group was the perfect option for the chapter’s first nonprofit project. Their goal is to redesign the pet profiles, which provide information for potential adopters. “Right now there’s not really a lot of consistency in the type of information that’s provided,” Stuck says. “For some you have really detailed information. Others you don’t.”

The chapter has also worked with the Centers for Disease Control and Prevention to improve the usability of their immunization schedules, and they also won an award for a design to improve Web-based voting. “That’s part of the beauty of our field,” Stuck says. “We learn a bunch of basic methods, but they can be applied in a lot of different settings.”

Engineering Psychology as a Career

Stuck’s own research is concerned with human-robot interactions, specifically, the role trust plays in those relationships. For example, Stuck examined the relationship between the elderly and their robotic caregivers. She found that the older adults often projected human emotions onto the robot.

Stuck’s journey to investigating robots has been winding. She originally started her career as a restaurant cook, but she didn’t find purpose and meaning in it. So she went on to study international law to apply to wildlife protection, but her classes didn’t excite her. “I was interested in engineering and psychology,” she says, “but neither of them alone was actually that appealing to me.” When she learned that there was a field called engineering psychology, her path suddenly became clear.

“I never thought I would get so passionate about reading research articles,” she laughs, “I get to take what I’ve learned and use it to actually improve people’s lives. And I enjoy getting to solve the problems.”

Clearly, HFES-GT has had extraordinary success, which Stuck and Gorman attribute to the students at Tech. “The quality of students that we have in our program, and I’m probably biased, but I think far exceeds some of the skills and talents and motivation of other students in other chapters,” Gorman says.

“The chapter works really hard,” Stuck says, “And I’m building on a lot of other prior work that’s been done by other student officers. We have strong students.” 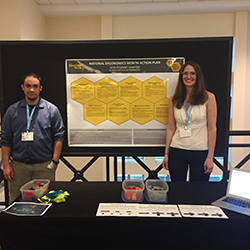 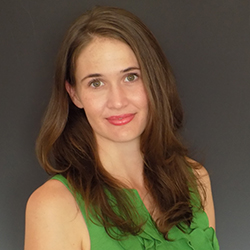 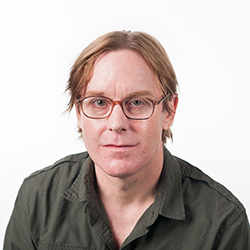 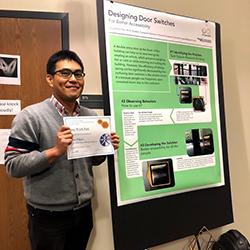 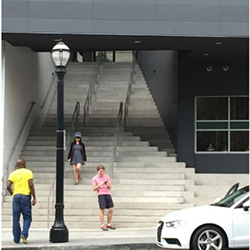