Grace Mauldin: Competitor in the Pool, Collaborator in the Classroom

Ask Grace Mauldin how she starts her day, and she’ll tell you that it’s wet. While some students in her morning courses sleepily lumber into class fresh out of bed, before Mauldin even enters a classroom, she’s spent hours training in the pool.

As a swimmer on the Georgia Tech Women’s Swim Team, Mauldin typically spends time on weekdays at the Campus Recreation Center, where she tackles morning practices, afternoon practices, and weight training. Most weekends, she and her team travel across the nation to compete against other universities.

Mauldin balances a full schedule of swimming responsibilities with prioritizing her studies. As a rising fourth-year biology student, Mauldin has mastered managing those challenging academic courses while continuing to excel as a swimmer. She says that the drive that has made her a great swimmer has also helped in balancing her schoolwork at Tech.

“You must have discipline to be able to get the things you need to get done,” says Mauldin. “Planning ahead of time for when to get assignments done, so you aren’t doing them when [there’s] a meet on the road, or at home on the weekends — is really key.”

Growing up in Athens, Georgia, Mauldin was familiar with the University of Georgia’s campus and community, but says she saw the competitive environment at Georgia Tech as the best place for her to grow as a swimmer and student.

“The coaches push me in the exact ways I need to become better, and the team is basically like another family,” says Mauldin. “I know I can always count on them for anything I need.”

When asked about her favorite memories on the team so far, she recounts the times her friends succeeded and she cheered them on. Specifically, she remembers the moment that the Men’s 200 Medley Relay broke the Georgia Tech record and qualified for the NCAA national meet.

“The whole team was watching from the sidelines and the energy was unlike any other,” she says. “Races and dives like that happen every year, so being able to experience that, so much, just shows how our program and team unity is growing.”

The strong team environment is especially unique given the individual nature of swimming. During her transition to college, Mauldin shares that she initially struggled to adjust to the new workload and practice routine. However, she adds, because of the support of her teammates and coaches, she found success and broke the freshman record for the 100 Backstroke.

“We push each other, and make each other better,” says Mauldin. “My accomplishments would not have happened without them.”

In parallel, she says that her positive experience as a biology student is centered on the mentorship and support of strong teachers and peers at Tech. While in Lyon, France with the Biomolecular Engineering, Science, and Technology (BEST) Study Abroad Program, Mauldin enrolled in Organic Chemistry, a notoriously challenging course. Mauldin says that because of the leadership of Professor Pamela Pollet, she enjoyed taking the class.

“She made every student feel special in the sense that she wanted you to understand the material rather than rushing through,” Mauldin explains. “She was so fun, and even after the semester was over, was willing to help you with anything you needed regarding courses or advice moving forward.”

Other courses, such as Foundations of Bioethics, have inspired Mauldin to consider her future career plans.

“I plan on going to medical school or physician assistant school,” says Mauldin. “However, I have been thinking of different career options, such as law, and focusing on medical malpractice — because my bioethics course was so interesting. I am going to take a gap year after I graduate, to move forward with the tests and the applications for these schools!” 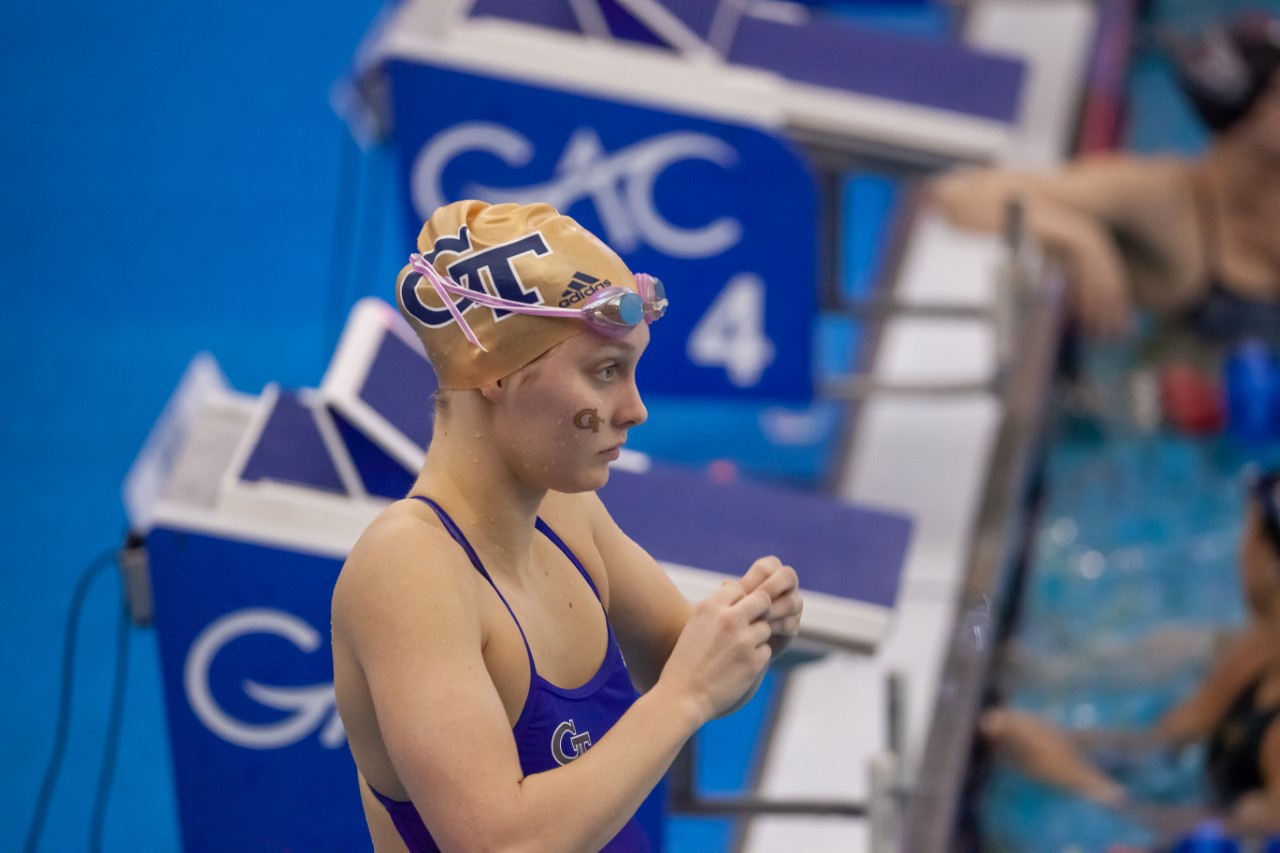 Grace Mauldin is thankful for mentorship from professors and coaches. 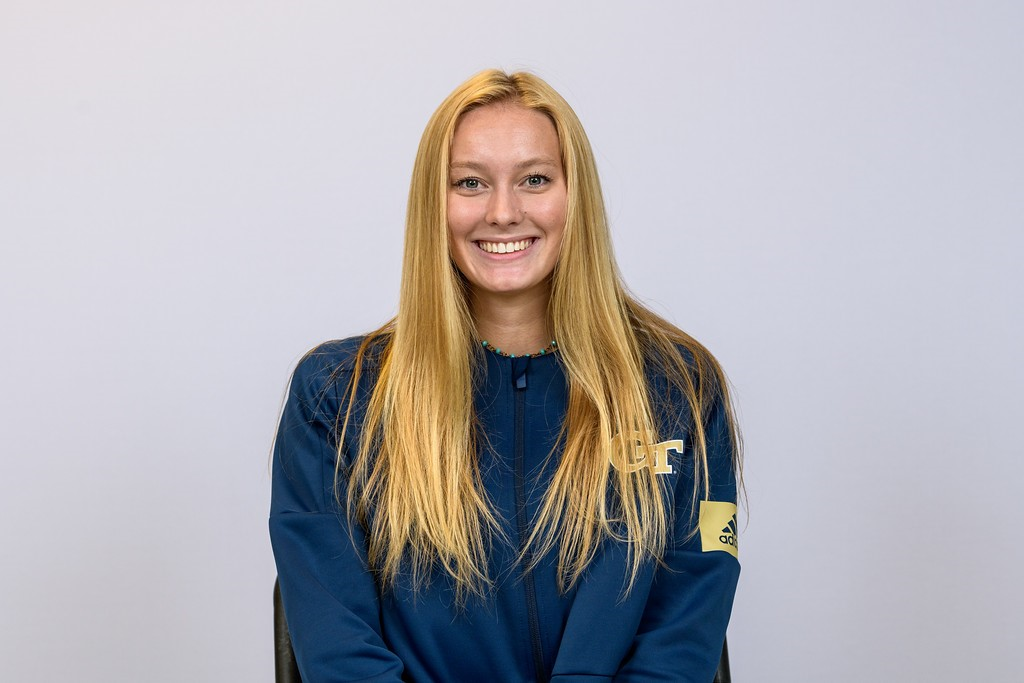 Grace Mauldin has learned strategies to balance her swim training and course work. 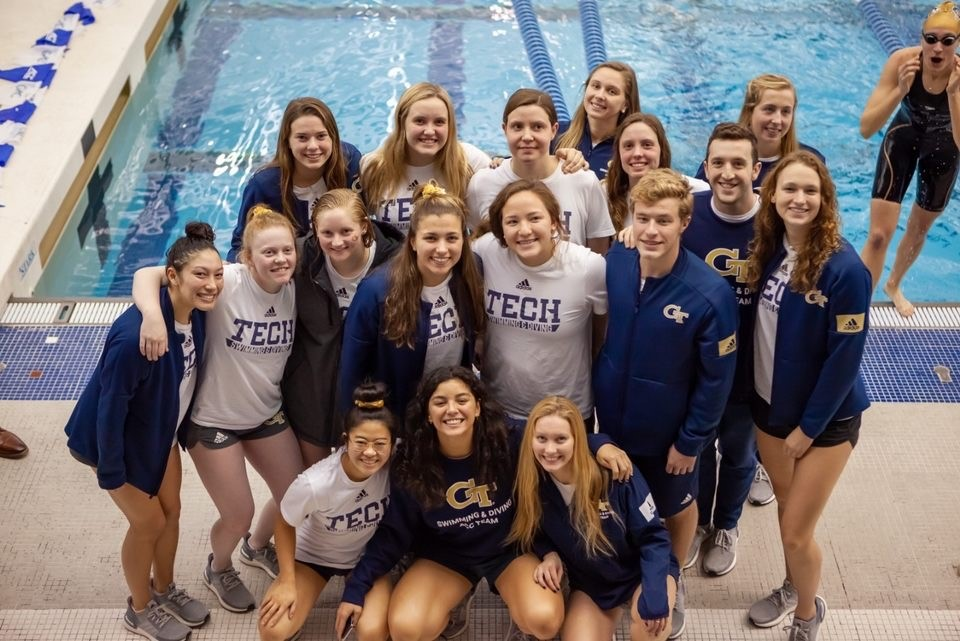 Mauldin (front, right) says that her swim team "is like another family."