Harnessing the Power of Evolution

Three scientists have been named to receive the 2018 Nobel Prize in Chemistry. One-half goes to Frances Arnold, of California Institute of Technology, for her work on the directed evolution of enzymes. The other half is shared by George Smith, of the University of Missouri, Columbia, and Gregory Winter, of MRC Laboratory of Molecular Biology, in Cambridge, U.K., for their work on the phage display of proteins and antibodies.

The winners showed that “scientists in the laboratory can tap into the power of biological evolution to make medicines, catalysts, and other useful molecules,” says M.G. Finn, professor and the chair of the Georgia Tech School of Chemistry. He is also editor-in-chief of the journal ACS Combinatorial Science, whose scope includes discovery of functional molecules or systems through evolution-based means.

Finn details the significance of 2018 Nobel Prize in Chemistry and the participation of Georgia Tech in the research enterprise spawned by the award-winning discoveries.

Why are the discoveries of Arnold, Smith, and Winter Nobel-Prize-worthy?

Nature is the master creator of new materials (skin, bone, wings, eyes), molecules (insulin, serotonin, glucose, proteins), and functions (smelling a rose, digesting a meal, retrieving a memory). Chemists, other scientists, and engineers also make new things, but we are not very good at it, in comparison to nature.

Nature’s method of creation is evolution, the essence of which is the making of many possible solutions to a problem and the comparative testing of them against each other. “Survival of the fittest” best captures the idea. But what it misses – and what many don’t fully appreciate – is the role of time. Nature takes a very long time to evolve things, but it has lots of time at its disposal.

We in the laboratory do not. The 2018 Nobel laureates invented methods to speed the process up.

What has been the impact of these discoveries?

The harnessing of biological evolution in the laboratory – started by George Smith – has led to a revolution in medical care through drugs called biologics, first made by Gregory Winter. Biologics are proteins that bind specifically and tightly to disease-causing molecules. Administered by injection, biologics represent the best treatments for many diseases, including arthritis, colitis, some types of diabetes, and various kinds of cancer.

The methods pioneered by Frances Arnold have led to new ways to make molecules by evolving the catalysts that create them. This new tool has reduced the cost of making drugs, biofuels, and other products.

What are the award-winning discoveries?

George Smith invented the method called “phage display,” which uses viruses as a platform. He found a way to make – in a single experiment – trillions of viruses, each one displaying on its surface a different variant of a protein or peptide.

That immense collection of variants can then be mixed with a “target” that you want to grab onto, such as a cancer cell, or toxin, or anything. Some of the viruses may stick to the target, most will not.

When Smith washed away those that didn’t stick, he was left with the ones that did.

Crucially, each of the viruses contained the genetic instructions to make the protein variant on its surface. Smith could then cause the “sticky” viruses to replicate themselves, make trillions of new viruses, and repeat the process. Out of a vast number of candidates, a small number emerge that bind very well to the target.

The technique has been used by thousands of laboratories all over the world and has inspired many other methods to do similar kinds of “cycles” of evolution.

Gregory Winter pioneered a particularly important use for phage display – the creation of human antibodies. These proteins are compatible with the human body and bind very specifically to disease-causing molecules or cells.

Winter was the first to use phage display to create an antibody that bound to a molecule responsible for causing many inflammation-based diseases in humans. The phage display method was the only way to sort through the countless potential variants of antibodies to find a useful solution to the problem.

This first drug developed from this approach is adalimumab (marketed as Humira). In many countries, this antibody drug is now the first-line treatment for arthritis and other inflammatory disease.

Frances Arnold harnessed a different part of evolution’s power: the ability to develop new catalysts, which are molecules that speed up chemical reactions.

Here the challenge is more subtle than evolving something that just sticks tightly to a target: it is to create something that grabs two molecules, causes them to connect to each other, releases the product, and then repeats the process, over and over.

Arnold used biological tools to create many candidate protein-based catalysts, or enzymes. Then she applied sophisticated methods of chemical analysis to rapidly determine which one was the best at the assigned chemical task.

Showing that this process could create better enzymes caused a revolution in catalysis. Now called directed evolution, this approach is used worldwide.

This method of discovery is different from what we usually do; it doesn’t presuppose an answer to a complex problem. Rather, it lets the solution emerge on its own, guided by the investigator.

What is Georgia Tech’s participation in this field of research?

Georgia Tech is a leading institution in the study of biological evolution and its use.

Recognizing the central importance of evolution as both a phenomenon and tool, in 2016 Georgia Tech established the country’s first core facility for molecular evolution.

Led by Anton Bryksin, the facility helps investigators use techniques developed by the 2018 Nobel Prize winners to discover their own molecular solutions to their research problems. 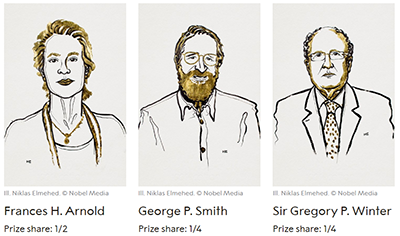 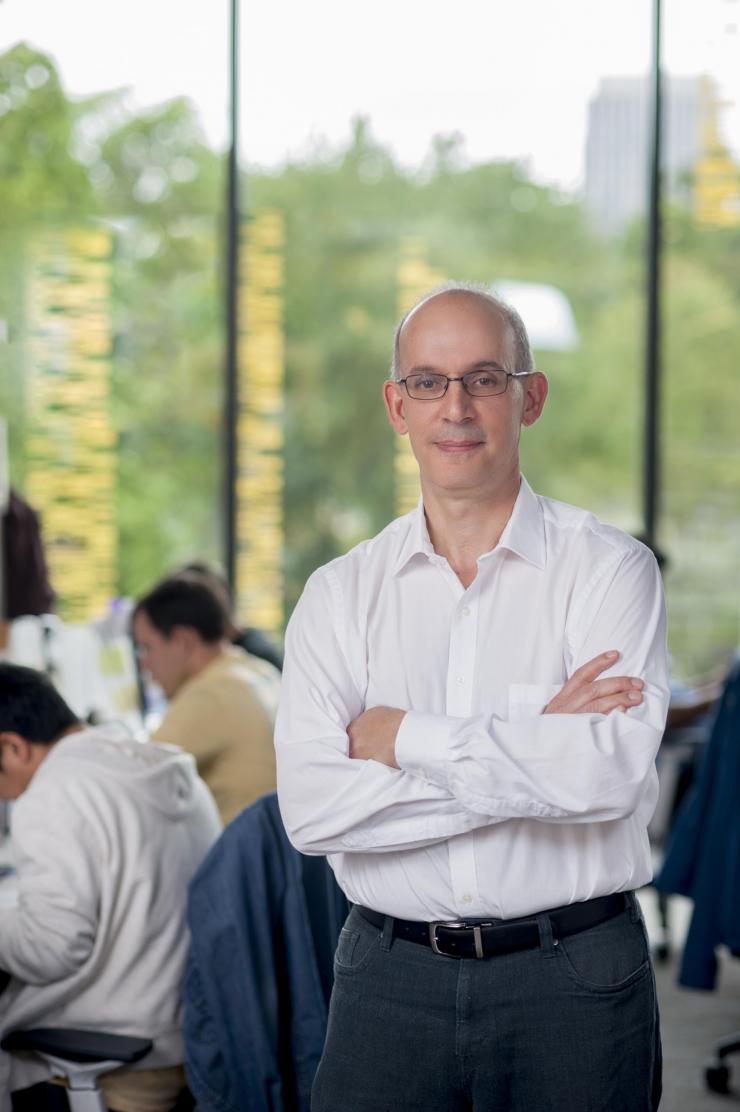