Practitioners of the centuries-old Japanese art of origami make masterpieces out of ordinary sheets of paper. Precise folds and creases form patterns and bestow structure, and before you know it, you’ve got an origami crane. Or a stag beetle. Or, say, a dragon stretching its wings.

Who likes precision and patterns more than scientists? For the last few decades, a range of researchers in math, physics, biology, and engineering have bent the ancient art towards science, with special software generating patterns that are used to fold things other than paper, like proteins, automobile air bags, solar panels. Origami techniques are used to fold and compress structures for strength or flexibility, or to have large items folded for easy storage in small spaces.

It’s that overlap of art and science — or rather, using the math in origami principles to enhance science — that fascinates David Zeb Rocklin, an assistant professor in the School of Physics. “Just in terms of my own emotional reaction, I find it incredibly exciting,” Rocklin says. “I’m a soft matter physics guy, so I study how the geometric structure of a system controls how it changes shape when you push on it. On the one hand it’s something you can hold in your hand and feel it and see it moving in real space, but on the other hand, it embodies and obeys these really austere algebraic structures.”

Rocklin says a research paper he co-authored with graduate student James McInerney“gives us access to a lot of mathematical technology” by looking at origami sheets in a new way. The study, titled “Hidden symmetries generate rigid folding mechanisms in periodic origami,” was published this month in the journal PNAS (Proceedings of the National Academy of Sciences of the United States of America).

Rocklin and his co-authors hope this adds even more practical applications to origami for science.  Origami can be used to build structures “so strong for its weight, so compactable for folding very tightly, and they expand very reliably. It’s something that makes origami incredibly useful, and an economic driver in some ways, and it’s also just so real and tangible. And it evokes very abstract, challenging concepts in algebra and geometry and topology.”

The research explains why certain origami sheets have certain ways of folding, leveraging mathematical technology from theoretical physics. In particular, the study focuses on asymmetrical patterns in origami sheets, not traditional symmetrical patterns. These are applied to metamaterials — structures whose properties are derived from how they are structured or built, rather than what the material is made of. These are then used to build things that can be easily changed and shaped based on what they’ll be used for. The Miura fold, or Miura-ori, which was invented by astrophysicist Koryo Murai and used to help fold solar panels for trips into space and reliably unfold them — is a good example of a metamaterials origami concept used for other applications.

As stated in the study’s abstract: “The traditional approach to designing origami metamaterials uses particular, highly symmetric crease patterns to generate folding motions for reconfigurability. We instead consider origami sheets with periodic but otherwise generic, asymmetric triangular faces and show they exhibit nonlinear folding motions which transform sheets through two-dimensional families of cylindrical configurations, with the addition of quadrilateral faces restricting sheets to one-dimensional subsets of configurations.”

“This is a new way of generating types of flexibility that we haven’t seen before,” Rocklin says, “based on a robust, practical mechanical criticality rather than an elegant symmetry.”

The dominant paradigm for origami is quadrilateral faces; Miura-ori makes use of quadrilaterals, he explains. “If I just draw random quadrilaterals on a sheet, it won’t fold at all. There’s no way to fold all those faces without bending a bunch of them. So people get around that by using special symmetries,” he says. “In our system the faces are all triangles, and it turns out that gets us to the mechanical critical point. You can show there are barely enough degrees of freedom to satisfy all constraints.”

Rocklin says he and McInerney show that generically, there’s a two-dimensional class of cylindrical configurations of the sheet, and how this relates to other properties such as the boundary mode.

“If someone comes to me and says, ‘here’s the set of folding patterns that I want, what crease patterns should I put in?’ We’ve answered part of this,” he says. “It’s still a difficult problem. We solved the forward problem. The inverse problem is harder; here’s the folding motions, how do I find the crease patterns?”

That, Rocklin says, would probably require another research project – and perhaps a lot more creasing and folding. 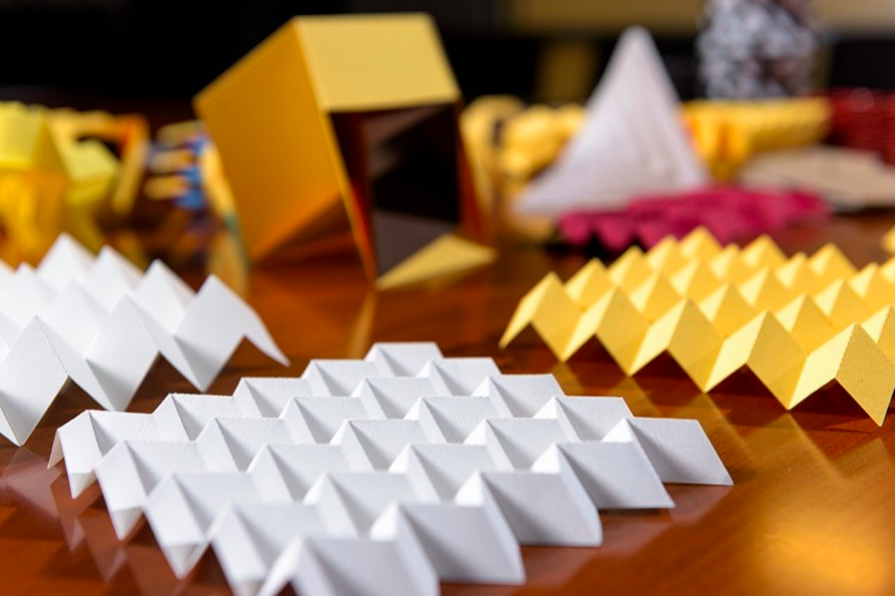 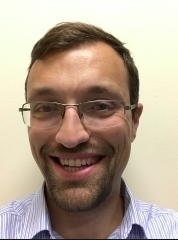