How to Avoid Being A Meal for Others

Avoiding predators may explain why some single-celled organisms became multicellular

Bulking up to avoid being eaten may have been one reason single-celled organisms joined to form multicellular entities. That’s one of the hypotheses to explain the transition to multicellularity in the early stages of life on Earth. How and why that transition occurred is one of the major questions in the story of how life began and evolved.

Georgia Tech researchers report evidence to support this hypothesis. Watching in real time, they observed how a single-celled alga became a multicellular organism in just 50 weeks after they introduced a predator. The study was published online on Feb. 20, 2019, in Scientific Reports.

“The study showed that small single-celled organisms can evolve to become larger multicellular organisms as a way to avoid being eaten,” says Matt Herron, a senior research scientist in the School of Biological Sciences and the study’s lead author.

“Nearly every living thing has to contend with the possibility of being a meal to others,” Herron says. Complex life forms have evolved various defenses to avoid becoming someone else's dinner – such as camouflage, speed, weapons, and chemical defenses. One way to avoid being eaten is to become too big for the predators. Among microbes, one way to get bigger is to form a group of cells – in other words, to become multicellular.

All multicellular organisms evolved from unicellular ancestors. But because the evolution occurred hundreds of millions of years ago, it’s hard to know how or why it happened. Experimental evolution allows researchers to watch evolutionary change as it occurs in real time in the laboratory.

“This could be a first step toward the kind of complex multicellularity we see in animals, plants, fungi, and seaweeds,” Herron says. “The multicellular algae that evolved in our experiment could be used to explore how they continue to evolve. For example, can these algae evolve a division of labor, with cells becoming specialized to perform different functions?”

﻿This work was supported by the National Science Foundation, NASA, the Packard Foundation, and the John Templeton Foundation.

Figure Caption
Depiction of algal life cycles after evolution with (B, C, and D) or without (A) predators for 50 weeks. D shows a fully multicellular life cycle, with multicellular clusters releasing multicellular propagules. (Credit: Scientific Reports) 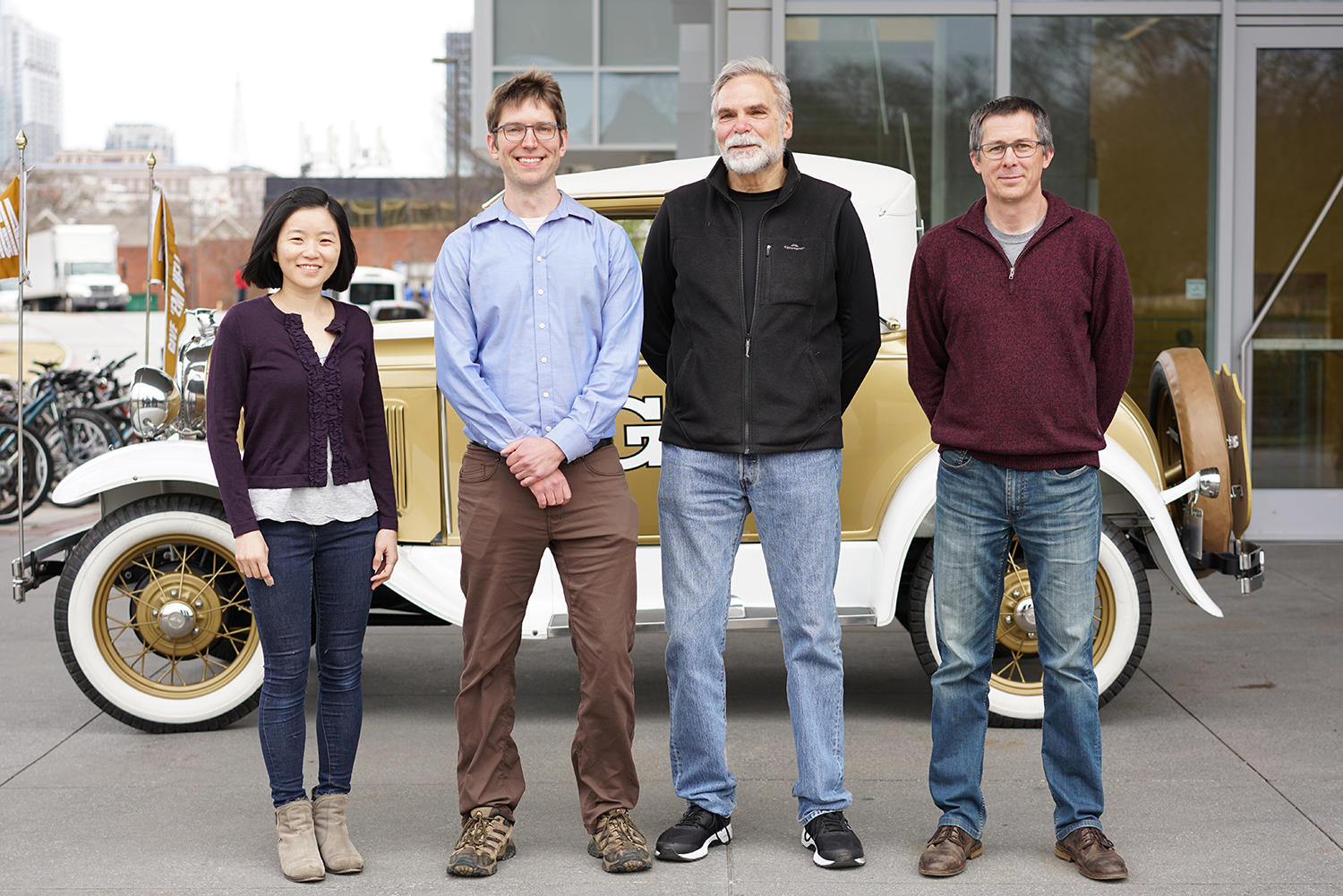 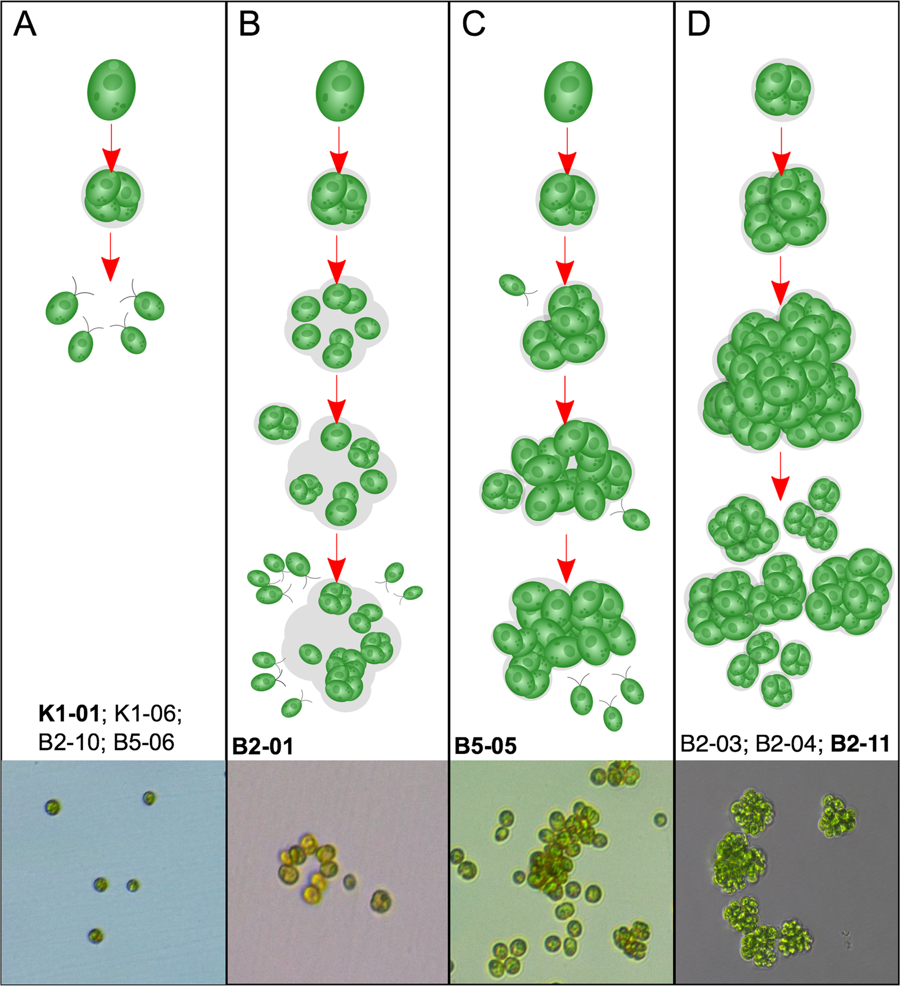