An international team of scientists, including two researchers from Georgia Tech, has found the first evidence of a source of high-energy cosmic neutrinos, ghostly subatomic particles that can travel unhindered for billions of light years from the most extreme environments in the universe to Earth.

The observations, made by the IceCube Neutrino Observatory at the Amundsen–Scott South Pole Station and in coordination with telescopes around the globe and in Earth’s orbit, help resolve a more than a century-old riddle about what sends subatomic particles such as neutrinos and cosmic rays speeding through the universe.

Since they were first detected over one hundred years ago, cosmic rays—highly energetic particles that continuously rain down on Earth from space—have posed an enduring mystery: What creates and launches these particles across such vast distances? Where do they come from?

Because cosmic rays are charged particles, their paths cannot be traced directly back to their sources due to the magnetic fields that fill space and warp their trajectories. But the powerful cosmic accelerators that produce them will also produce neutrinos. Neutrinos are uncharged particles, unaffected by even the most powerful magnetic field. Because they rarely interact with matter and have almost no mass—hence their sobriquet “ghost particle”—neutrinos travel nearly undisturbed from their accelerators, giving scientists an almost direct pointer to their source.

Two papers published July 13 in the journal Science have for the first time provided evidence for a known blazar as a source of high-energy neutrinos detected by the National Science Foundation-supported IceCube observatory. This blazar, designated by astronomers as TXS 0506+056, was first singled out following a neutrino alert sent by IceCube on September 22, 2017.

“The evidence for the observation of the first known source of high-energy neutrinos and cosmic rays is compelling,” said Francis Halzen, a University of Wisconsin–Madison professor of physics and principal investigator for the IceCube Neutrino Observatory.

“The era of multi-messenger astrophysics is here. Each messenger gives us a more complete understanding of the universe and important new insights into the most powerful objects and events in the sky,” said NSF Director France Córdova. “Such breakthroughs are only possible through a long-term commitment to fundamental research and investment in superb research facilities.”

A blazar is a galaxy with a super-massive, rapidly spinning black hole at its core. A signature feature of blazars is that twin jets of light and elementary particles, one of which is pointing to Earth, are emitted from the poles along the axis of the black hole’s rotation. This blazar is situated in the night sky just off the left shoulder of the constellation Orion and is about four billion light years from Earth.

“Scientifically, this is very good news,” said Ignacio Taboada, an associate professor in Georgia Tech’s School of Physics and member of the Center for Relativistic Astrophysics also at Georgia Tech. As leader of the “Transients Science Working Group” within IceCube, he oversaw all the studies that inquired on the correlation TXS 0506+056’s gamma ray flare and the neutrino alert of September 22, 2017. “For years, we’ve had a long list of potential sources for high-energy neutrinos. Now we have a specific source – blazars – that we can look at very carefully.” 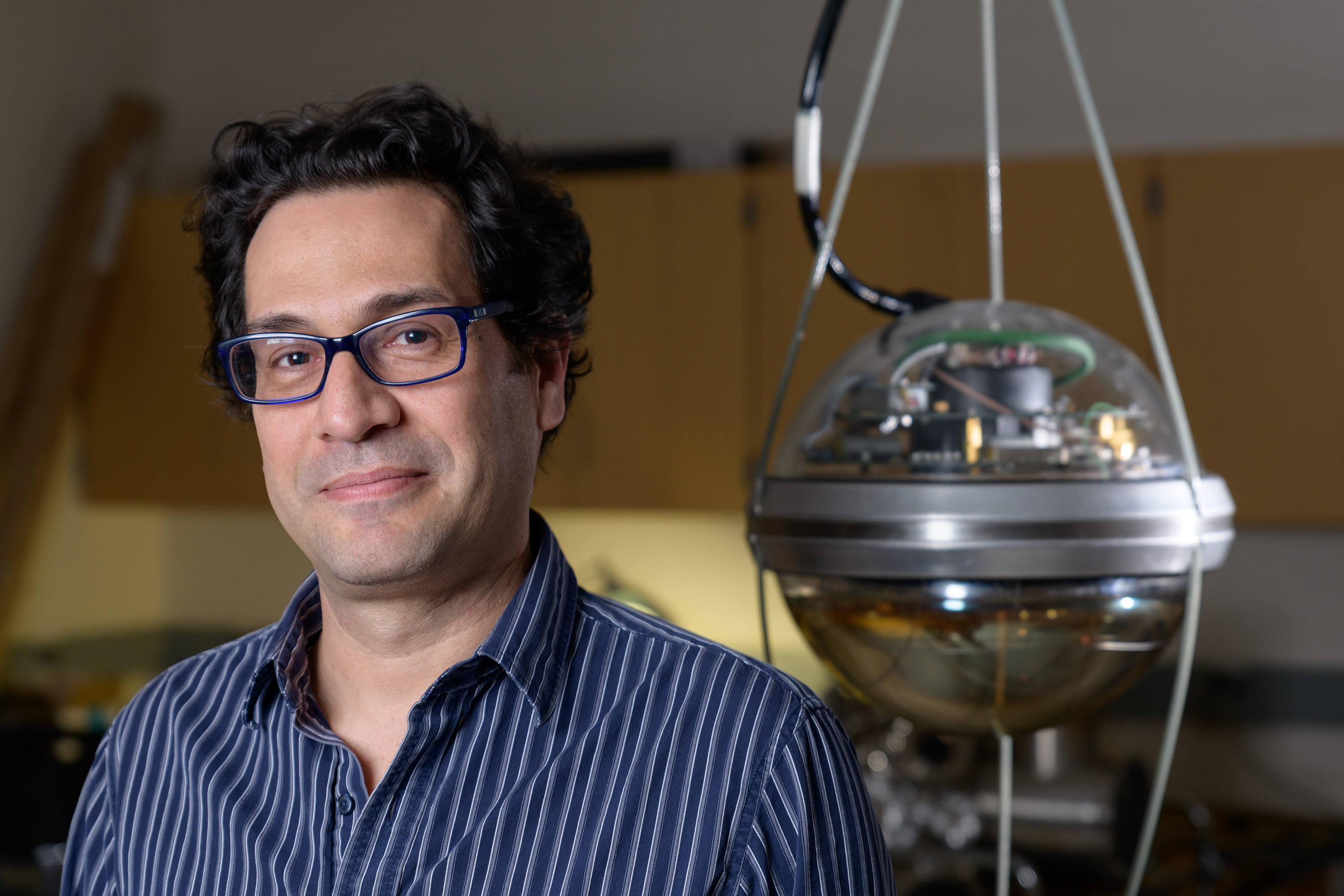 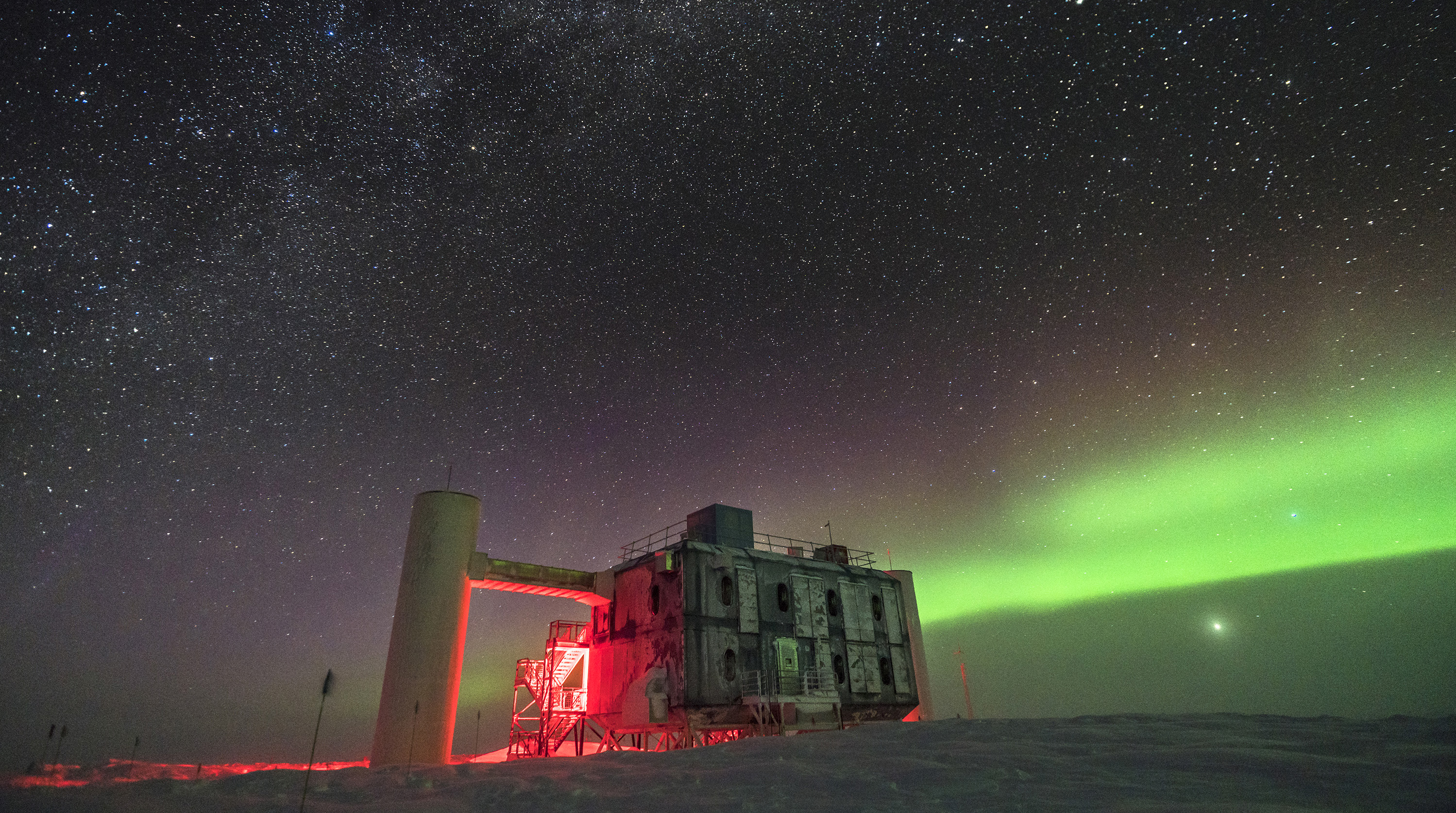