An Itch You Can’t Scratch: Researchers Find Itch Receptors in the Throats of Mice

Researchers have found previously known skin itch receptors in the airways of mice. The receptors appear to contribute to bronchoconstriction and airway hypersensitivity, which are hallmarks of asthma and other respiratory disorders. The experiments in mice suggest that the receptors’ activation directly aggravates airway constriction. If the same process is active in people, the receptors may be a promising new target for development of drug therapies for asthma and related disorders.

In a report on the study in Nature Neuroscience, researchers say the receptors – called MrgprC11 – are present on nerve cells in the lower respiratory tracts of lab mice.

“The findings give us a fuller picture of what airway reactivity looks like,” says Xinzhong Dong, Ph.D., professor of neuroscience at the Johns Hopkins University School of Medicine Institute for Basic Biomedical Sciences.

Working closely with Dong was Liang Han, the paper’s first author and an assistant professor in the Georgia Tech School of Biological Sciences, where she conducted some of the reported work.

Asthma patients report an itchy sensation in their lungs just prior to a full-blown asthma symptom such as wheezing. This observation inspired the research team to study “itchiness” in the airway.

“Current investigations of the pathogenesis of asthma have largely focused on immune responses,” Han says. “However, anti-inflammatory treatment only partially controls asthma symptoms. We need to understand the involvement of non-immune systems in the disease, such as the potential role of MrgprC11.”

Using fluorescent antibodies that light up MrgprC11 in mice, the investigators observed MrgprC11 on vagus nerves, which serve as a main biochemical connection between airway cells and the brain.

To explore the effects of MrgprC11 on the airway, the researchers used an itch activator that specifically targets MrgprC11 to induce a reaction. They found that mice with MrgprC11 breathed more quickly and with more effort after exposure to the itch activator than did the mice lacking it.

“This result led us to the hypothesis that activation of MrgprC11 induces bronchoconstriction,” Han says. Bronchoconstriction is the constriction of the airways in the lungs due to the tightening of surrounding smooth muscle. It leads to consequent coughing, wheezing, and shortness of breath.

“These findings highlight the critical role of vagal sensory neurons in asthma,” Han says. “They reveal a neural mechanism underlying asthma and a potential therapeutic target for treatment.” Han says.

Other Georgia Tech coauthors of the study are Haley Steele, Yuyan Zhu, and Julie Wilson, who are, respectively, a Ph.D. student, a postdoctoral researcher, and a laboratory technician in Han’s lab. 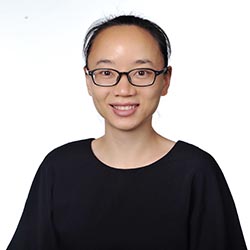