Keith Oden: Standing on the Shoulders of Giants

February is Black History Month, a special time set aside to celebrate the contributions of African Americans. The College of Sciences joins the celebration by inviting the perspectives of African-American colleagues through a two-part Q&A.

To advance diversity and inclusive excellence at Georgia Tech, Oden designs and implements programs to prepare and recruit students from groups that are underrepresented in science, technology, engineering, and mathematics (STEM). He also mentors students and is a frequent speaker about, and resource person for, recruitment and retention of students from underrepresented minority (URM) groups and enrolment of URM students into STEM programs, from K-12 to graduate school.

Oden is the adviser of the Georgia Tech student chapter of NOBCChE (the National Organization for the Professional Advancement of Black Chemists and Chemical Engineers), Georgia Tech’s Minority Association for Pre-Medical Students, and Junior STEM.

What is the accomplishment you are proudest of so far?
God, family, and giving back embody what I am proudest of in my life.

I am proud of being a spiritual person and having God as the center of my life. My spirituality has been my guiding light in good times and bad times. My family provides me with my daily strength. My career at Georgia Tech and my work in the community have allowed me to give back by reaching the lives of others and helping them achieve their dreams.

What does Black History Month mean to you?
Black History Month is a reminder that African Americans today stand “on the shoulders of giants” – people who sacrificed and lost their lives, who fought for racial equality to pave a better tomorrow for people of color.

Black History Month is a time for rejoicing, celebrating, and thanking heroes and “sheroes” of color for giving African Americans hope, faith, and inspiration through their words, actions, and achievements. Hundreds of African Americans, living and dead, are heroes and sheroes. Some of my favorites include:

Black History Month is also a time to celebrate the resilience of African Americans. As the poet and civil rights activist Maya Angelou (1928-2014) wrote in a poem – “But still, like dust, I’ll rise” – despite mistreatment, racism, prejudice, sexism, we all must strive to rise above injustice to improve our society.

Black History month is a time for all Americans to recommit to making the world – and especially our own diverse nation – a better place by our words and actions. We should commit to understanding others by saying words and taking actions that heal, harmonize, unify, and bring about a common positive bond.

As a nation, we have accomplished much toward equality and equity, but we still have many mountains to climb together – and we will. 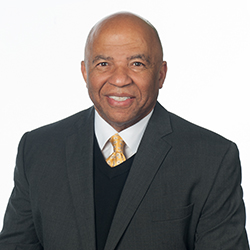