Math Undergrads Show Off Research “That Matters In The World”

Rachel Walker wants her future research to live at the intersection of mathematics and computer science. In Walker’s view, that made Georgia Tech’s Summer 2019 REU (Research Experiences for Undergraduates) program in the School of Mathematics the perfect choice for the rising senior from Central Washington University.

When she saw that she was accepted, “I was really excited because Georgia Tech is a really good school and they have a really strong math and computer science department,” Walker says. “I knew it would be a great opportunity to meet faculty, to see how they approach research from a bigger school. And I get to work with people from around the country as well. I think that’s been really cool.”

Walker was one of 27 students showing their work during the July 10 Skiles Classroom Building poster session that signaled the end of the Summer REU program. She’s part of the largest group to take part in the 18 years that the School of Mathematics has been offering the National Science Foundation-funded program. (The College of Sciences also contributes funding.)

Igor Belegradek and Dan Margalit, professors in the School of Mathematics, co-managed this summer’s REU program along with Michael Lacey, who served as principal investigator for the NSF grant. Belegradek says the program has grown substantially since the first six students took part in 2001. This year, students across Georgia and the U.S. sent in more than 300 applications for the program.

Belegradek says the growing interest from undergraduates is due to the high quality of research that’s expected from them. “We’re always aiming for research that’s actually publishable. It doesn’t always work like that, but that’s the goal. A lot of other REU programs are focused on training students in how to do research. We’re more focused on producing actual research.

“I think the best way to learn how to do research is to actually do it. How else can you learn?” Belegradek says.

From algebra and geometry to braids

Belegradek and Margalit wandered throughout the poster session to hear the students talk about their research and to make suggestions on their presentations. Although one of this summer’s research themes involved braids – visual tools that help scientists get a handle on large, unwieldy blocks of data – the students tackled other branches of mathematics such as algebra, geometry, and topology (the study of objects that can be bent, twisted, or deformed, but not broken or torn.)

“What I’m really proud of with this poster session is that all the projects are really fitting into the research of the mentors and with the greater world of math,” Margalit says. “So you’re not only getting a chance to do math, but you’re doing real math, math that matters in the world.”

Summer REU students still get help with how to make a poster, nail a presentation, deal with ethical issues, and apply to graduate schools. But Margalit stressed that some of the areas of math students worked on this summer, namely machine learning and big data, are getting the attention of more experienced researchers. And the students are proving to be up to the challenge.

“I’m still surprised and impressed with how much they are able to understand and learn and take their own control of the problems. I get reminded every year of how talented the students are, and what they can do if you give them the chance.”

A chance to do timely research

Emily Zhang, a rising junior at Massachusetts Institute of Technology, teamed with Walker on their summer research. Zhang is a double major in mathematics and computer science; she was attracted by one of the program’s research topics, optimization algorithms, which help scientists wrangle large groups of data.

“It was like math but also with applications in theoretical computer science, so I thought it was the perfect intersection of math and computer science to work on,” Zhang says.

After she applied to several REUs across the country, Zhang says, “I got into the Georgia Tech one first. They were really fast with their response rate. They got back to me in less than a week. The other programs I applied to probably weren’t going to get back to me soon enough.”

“There’s not much that stops you from getting into really meaningful and really deep research, as long as you have the right mentors around you, and they are plentiful,” says Sidhanth Raman, a Georgia Tech rising senior. This is the mathematics major’s first time to take part in the REU program.

“If you really want to, you can get the information you need and can hit the ground running. We have a very strong geometry and topology program here," he says. "I can’t really speak to other schools, but I know there are phenomenal professors here and they’re doing the best work they can possibly do, and they’re letting students into it. You’re allowing people to come into this community and partake." 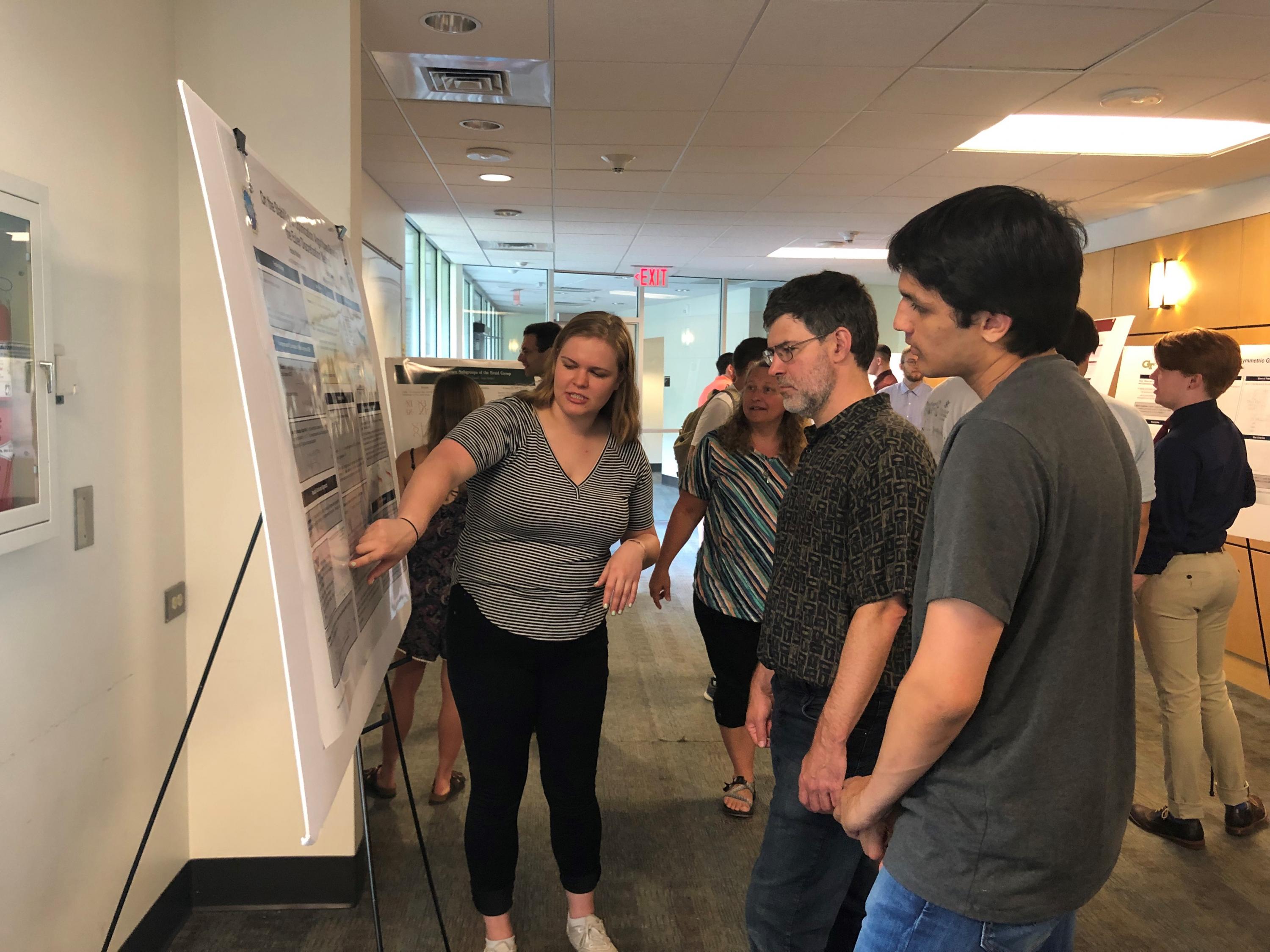 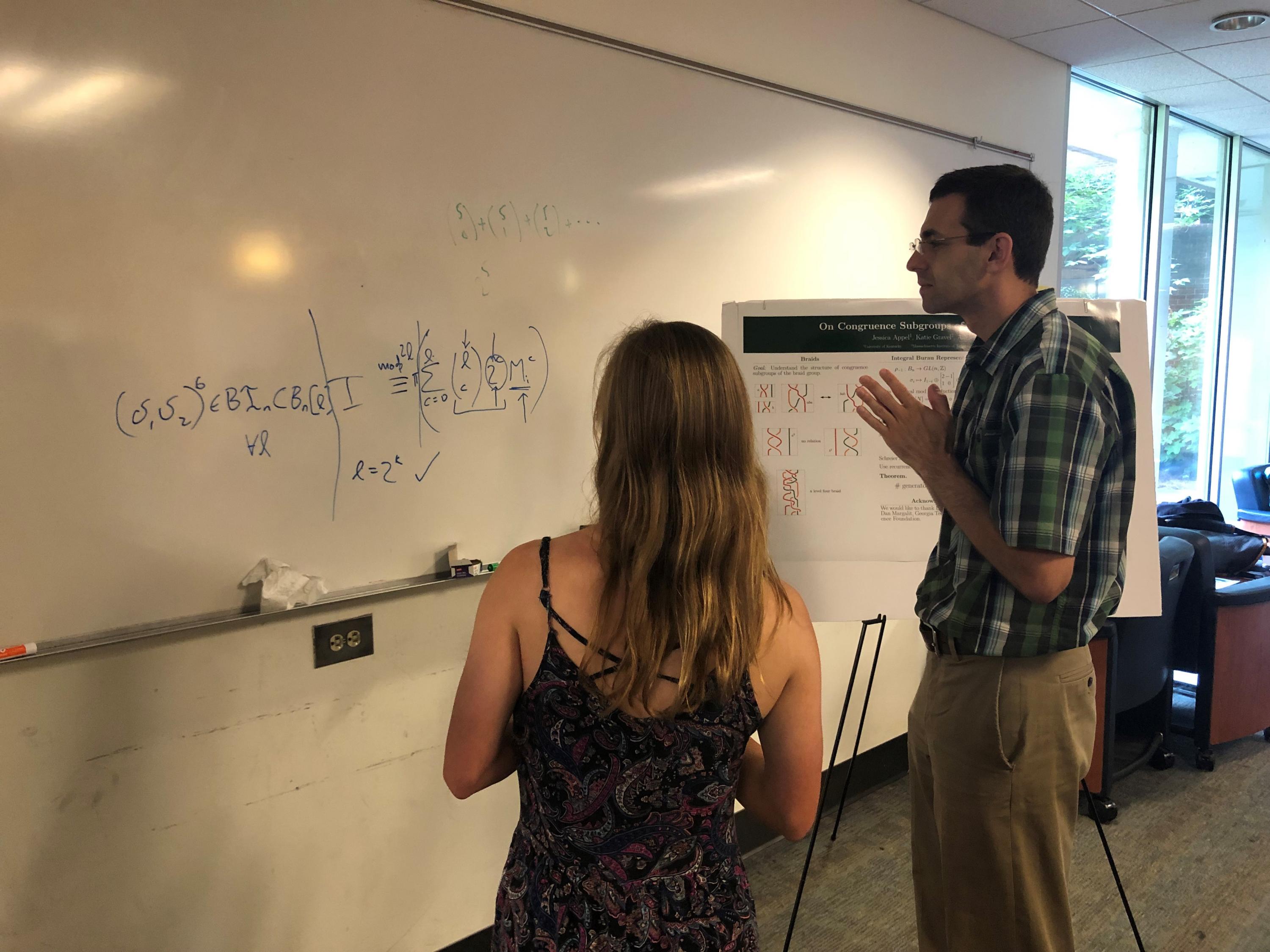 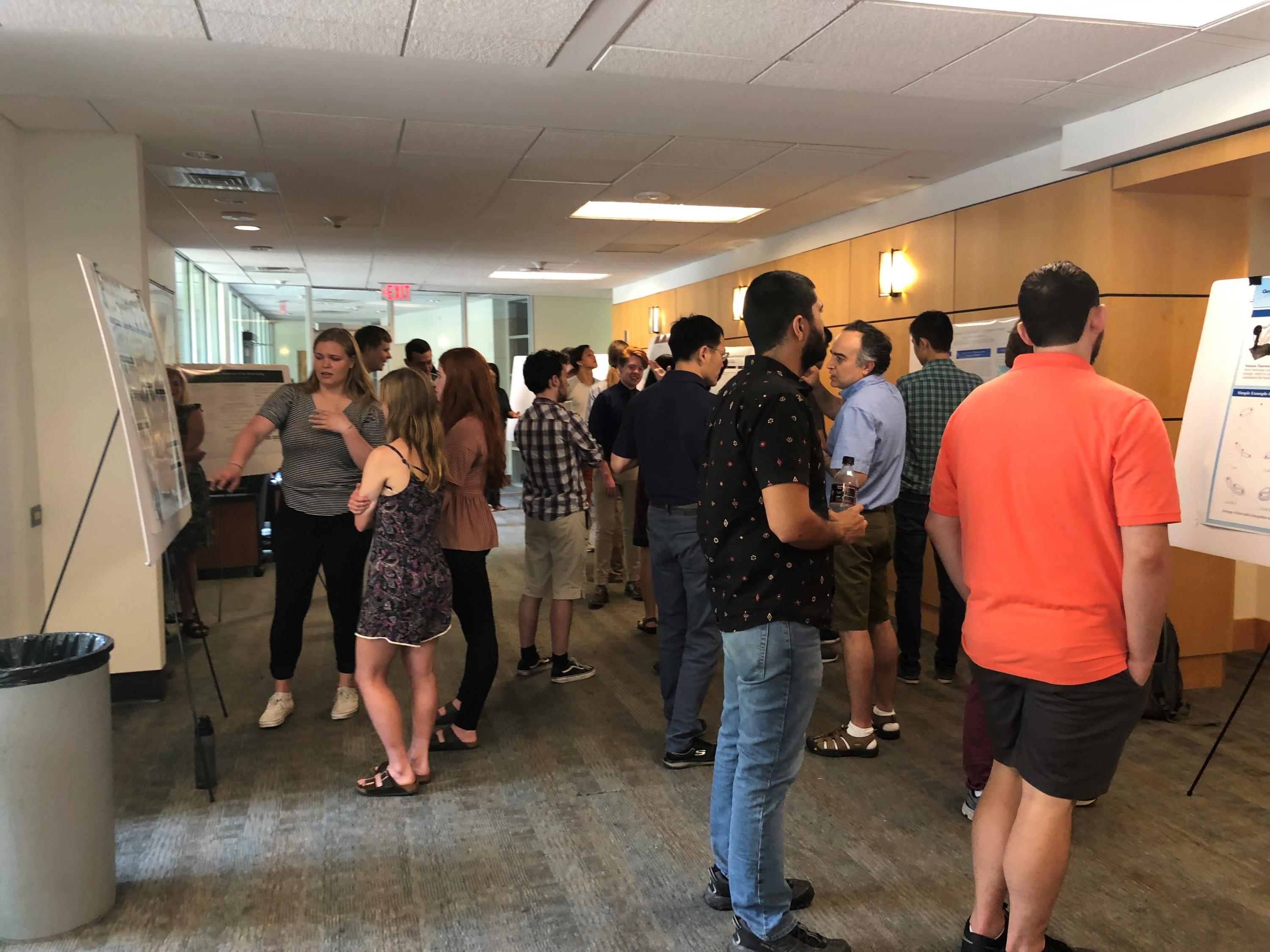