There’s a relatively new disease quickly sweeping parts of the world, but it’s not the one that’s dominated headlines for a year, and it doesn’t focus on humans. This threat has been around since 2014, and it’s infected more than 20 species of corals off the coast of Florida and throughout the Caribbean.

Stony Coral Tissue Loss Disease “is spreading really, really fast,” says Neha Garg, assistant professor in the School of Chemistry and Biochemistry. “Florida has 45 species of corals and more than 20 have already been impacted” by the disease. “It started in Florida, and the next we heard it had spread to the U.S. Virgin Island and other islands in the Caribbean — and the latest I heard is it has spread to the Cayman Islands.”

The cause is not known. “We know we can treat it with antibiotics, so bacteria does play a role,” Garg says, “and it can be transmitted by physical and water contact, which also tells us an infectious agent is likely at play.” Despite rising ocean temperatures, scientists don’t believe that’s the culprit behind Stony Coral Tissue Loss Disease, or SCTLD.

It’s an all hands on deck situation for marine biologists and the science community as they work to contain the spread and try to rejuvenate infected reefs.

And now, Garg’s research to date into SCTLD has earned her a 2021 National Science Foundation Faculty Early Career Development Program (NSF CAREER) Award for her project to study the disease currently roaring through the reefs off Florida’s west coast.

The disease adds another threat to beleaguered coral reefs around the globe. Climate change-related warming has already led to bleaching of reefs, chasing away organisms that use them for shelter and food. “Coral reefs generate carbon sources to support 20 percent of life in the oceans,” Garg says. “Then there’s the economic impact on coastal areas, with recreation, fishing. It can impact the livelihoods of coastal populations. If we lose them, it can cause imbalance in various ocean ecosystems.”

In early 2020, Garg and Georgia Tech received an Environmental Protection Agency grant to study biomarkers of coral reef disease. Her NSF CAREER award project will allow her to continue examining the changing chemical and microbial makeup of coral reefs experiencing outbreaks of SCTLD.

As Garg shares in the project’s abstract, despite the disease’s rapid spread, “the understanding of chemical changes that accompany the onset of disease, the changes in bacterial inhabitants, and the disruption of the coral-algal symbiosis remain poorly known. Elucidating chemical changes and their symbiotic or pathogenic contributors is challenging and necessitates the use of state-of-the art multiomic and data analytic strategies.” (Multiomics combines data from several “omic” strategies including genomics, proteomics, transcriptomics, epigenomics, and microbiomics)

She adds that “through the use of advanced multiomic approaches, knowledge gained from this research will provide understanding of the chemical and organismal signatures that define health or disease status of coral holobionts,” referring to an ecological symbiosis created by a host — in this case a coral — and the organisms that live in and around it. “Holobionts represent the multipartite symbiosis between the coral animal, the endosymbiotic dinoflagellate, resident microbiota (bacteria and archaea), as well as the fungal, protistan, and viral associates,” she explains.

A key component of any NSF CAREER Award is how it can enhance educational opportunities for high school and college students. Garg’s proposal will include teaching modules to train K-12 teachers through Georgia Tech’s Georgia Intern Fellowship for Teachers (GIFT) program. She says introducing high school students to the effects of climate change on coral reefs and the role of STEM in understanding disease mechanisms will enhance student participation in STEM fields. “Their participation in environmental science through training in biology and chemistry will serve as a strong scientific foundation for these students, and foster a future generation that cares for the environment and understands the role of science in creating a healthy future,” writes Garg.

The educational portion of her CAREER project will also involve the Georgia Aquarium. Garg reached out to researchers there, knowing that many aquariums in the U.S. maintain samples of corals behind the scenes for restoration purposes. “They are keeping an inventory of these corals so, in the future, we can go back to the ocean and replant them.” Students can take coral tissue samples in non-destructive ways to get them started on research methods, she adds.

Garg’s lab has already bought two tanks to serve as salt water aquariums, so students can isolate coral reef bacteria in the lab. She has also partnered with Valerie Paul, Smithsonian researcher and head scientist of the National Museum of History, for samples of corals with SCTLD. “We’ll run some phenotypic tests, and teach the students metabolomics.” 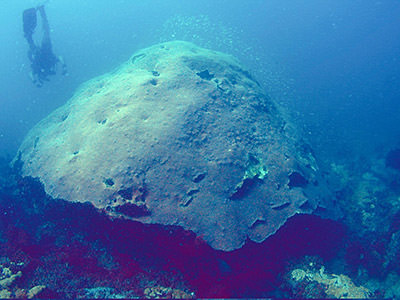 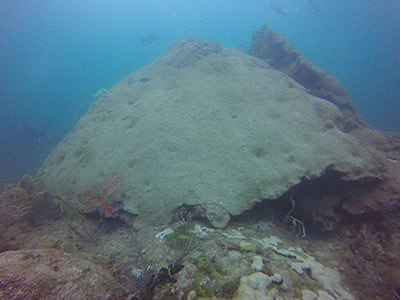 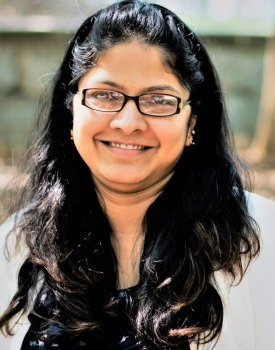