NSF Supports Research on the Microbes in Peat Moss

Mention “peat moss,” and many people will conjure up the curly brown plant material that gardeners use. “Oh, the thing you get at Home Depot” – is a common reaction Joel Kostka receives when he mentions that he studies peat moss. His response: “Peat moss is a really cool plant that’s important to the global carbon cycle.”

Joel Kostka is a professor in the School of Biological Sciences and the School of Earth and Atmospheric Sciences at Georgia Tech. The National Science Foundation has just awarded him and three co-principal investigators a $1.15 million, three-year grant to study the microbes in peat moss. The goal is to understand the microbiome’s role in nutrient uptake and the methane dynamics of wetlands and the impact of climate change on these activities.

“It has been shown that microbes that live with peat moss help them to grow better by aiding their uptake of carbon and major nutrients such as nitrogen,” Kostka says. “This project will explore which microbes help to keep peat moss plants healthy, how plants and microbes interact, and how these relationships will be affected by climate change?”

Peat moss, also called Sphagnum, carpets the surface of peatlands. This type of wetland locks up huge amounts of carbon in the form of thick, peat soil deposits. When peat is broken down by microbes, greenhouse gases – methane and carbon dioxide – are produced. Methane is of particular interest, because when released to the atmosphere, it has a warming potential that is 21 times that of carbon dioxide.

Scientists hypothesize that environmental warming could cause peatlands to release a lot more methane, which in turn would accelerate climate change.

“Our project is fundamental science. We’re trying to figure out how the microbes help the plants grow better.”

Lots of evidence suggest that peatlands will produce more methane as the environment warms up. “Methanogens [methane-producing bacteria] don’t like the cold,” Kostka says. “The warmer it gets, the better they are in producing methane.”

Information about plant microbiomes is scant. Most plants whose microbiomes are being studied are crops, like corn and soybeans. “Few studies are available on plants that are environmentally important but not so economically important,” Kostka says. “A lot of our work is to build better models for how these wetlands respond to climate change.”

“Few studies are available on plants that are environmentally important but not so economically important. A lot of our work is to build better models for how these wetlands respond to climate change.”

“Because these peatlands receive most of their nutrient input from precipitation, they contain extremely low concentrations of some bioessential trace metals,” Glass says. “We're interested in testing how trace nutrient availability impacts the growth of methane-cycling microbes exposed to warming temperatures.”

At Lawrence Livermore National Laboratory, Mayali will use NanoSims, an imaging mass spectrometer, to identify what microbes are eating the methane or fixing nitrogen. He will incubate microbe samples with substrates – methane, carbon dioxide, and nitrogen – enriched in rare isotopes such as carbon-13 instead of the normally abundant carbon-12. Analysis by NanoSims creates isotope maps that enables detailed tracing of who did what.

“Our instrument is able to not only track who is eating the methane or fixing nitrogen from the air, but more importantly, how much and where it ultimately ends up, for example into the Sphagnum plant versus being kept by the microbes,” Mayali says.

“To help determine the role of specific community member interactions,” Weston adds, “we will decompose the field system into simplified synthetic communities where community changes and nutrients can be accurately measured and subjected to precise environmental manipulations.”

“We can engineer wetlands to encourage the growth of peat moss, but that’s not our goal,” Kostka says. “Our project is fundamental science. We’re trying to figure out how the microbes help the plants grow better.” 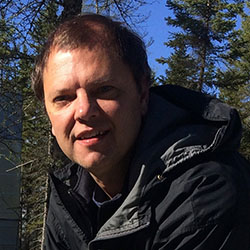 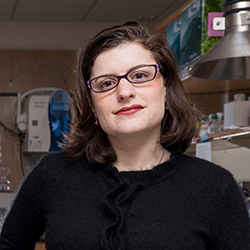 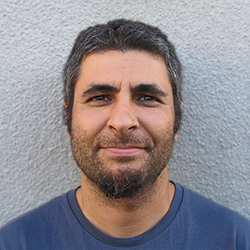 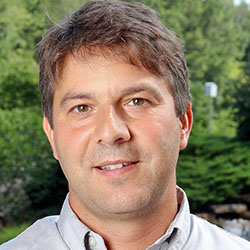