Biochemistry major Elena Shinohara has her eyes on the 2020 games

By Mallory Rosten and Maureen Rouhi

You can’t do gymnastics without using your brain. That’s what Elena Shinohara has learned from her dad. It’s true. When she’s performing, her face is serene. But inside her mind, a lot goes on.

“You have the equipment, and you have your body, and then you have to worry about how clean you are.” And then there’s the artistry. On top of the technical skills, Elena also has to move with the music and perform as a character.

When it all comes together, magic happens. “I’m usually not the first one who talks in class,” Elena says, “I like to express myself with my body. With rhythmic, I can express my feelings with the music.”

Elena is a rhythmic gymnast. This type of gymnastics is performed solely on the floor and involves equipment like clubs, balls, and ribbons. Think figure skating, but without the ice.

Elena’s mom, Namie Shinohara, used to be on the Japanese national rhythmic gymnastics team. As a baby, Elena played with rhythmic equipment. “In first grade, my mom told me I could continue just having fun, or I could compete,” Elena says, “And I wanted to compete, I wanted to go to a higher level.”

Her mom explained what she would have to give up – time hanging out with friends, time spent being lazy and sitting on the couch. Any free moment would have to go to training. At seven years old, Elena knew what she wanted. She said yes.

“The highest my mom went up was sixth place, which is where I am right now,” Elena says. “I feel like we’re connected. She could’ve gone to the Olympics, but she didn’t practice enough. So it’s almost like I’m trying to beat my mom.”

Elena has her sights set on the 2020 Olympics in Tokyo, where she was born. But Tokyo is a year away, and to get there, Elena must be selected for the World Championships.

Balancing training with schoolwork is a challenge. Elena came to Tech because she always felt at home here. Her father is Minoru “Shino” Shinohara, an associate professor in the School of Biological Sciences.

Tech is also within driving distance of Suwanee, where the Shinoharas live. Unlike most college students, Elena lives at home so she can train regularly. “We also help her with nutrition and caloric intake,” Shino says. “That’s difficult to do on campus.”

Shino is an expert in applied physiology with a deep understanding of sports science. He and Namie – who is a national rhythmic gymnast coach and international judge – are Elena’s trainers. “We want athletes to use their brains to get better performance,” Shino says.

Shino applies science in coaching Elena. He videotapes Elena’s routines to have a deep look at the movements. “To control your body against gravity, you need to understand the physics and dynamics and then use your neuromuscular system to make it possible.”

Yet what’s most difficult is the mental discipline. “When gymnasts get into competition,” Shino says “their mental state fluctuates. If the mind is not stable, it sends incorrect commands, which create different movements.”

Elena is a biochemistry major, with hopes of becoming a dermatologist. She must use any free moment she has, including the 15 minutes in between classes, to do schoolwork.

“It’s a good balance because when I’m tired of gymnastics, I can do homework. If I’m brain tired of homework, I can work out my body.”

A national competition in July will determine who will represent the U.S. in the World Championships. Before that, Elena participated in two other international competitions in April, in Poland and in Amsterdam. To compete, she missed school for almost the entire month of April, save for four days before finals.

Elena is “beyond mature and prepared,” her faculty advisor, Kimberly Schurmeier says. “If she’s going to miss something, I know weeks in advance. She’s on top of everything and that’s why she’s able to succeed in and outside of class. She’s not the standard student. She has extraordinary talent on top of scholastic aptitude.”

There have been times when Elena wanted to quit.

“I first made it onto the national team in high school, but I wasn’t that good yet. I was like, what’s the point of doing this?” It was her parents who reminded Elena of her potential.  “I made a goal to do better at the next nationals. I started to work for it, and it was fun for me to get better and better.”

Earlier this year, she started to fall behind in competitions and again considered giving up. “I thought it was because I didn’t have time to practice,” she recalls. “But it was all mental. I realized I was doing badly because I kept worrying during competitions. If I’m more confident with my skills, I do better. So now I’m working on my mental state.”

It all goes back to the brain. Elena’s team, coached by her parents, is called The Rhythmic Brains, named, by her dad, of course. For Elena, the sacrifices to be at the top of her sport is all worth it, if only for those moments of dancing on the floor, moving with the music with athletic precision and artistry.

Mallory Rosten is a communications assistant in the College of Sciences. She did all the reporting and part of the writing of this story. 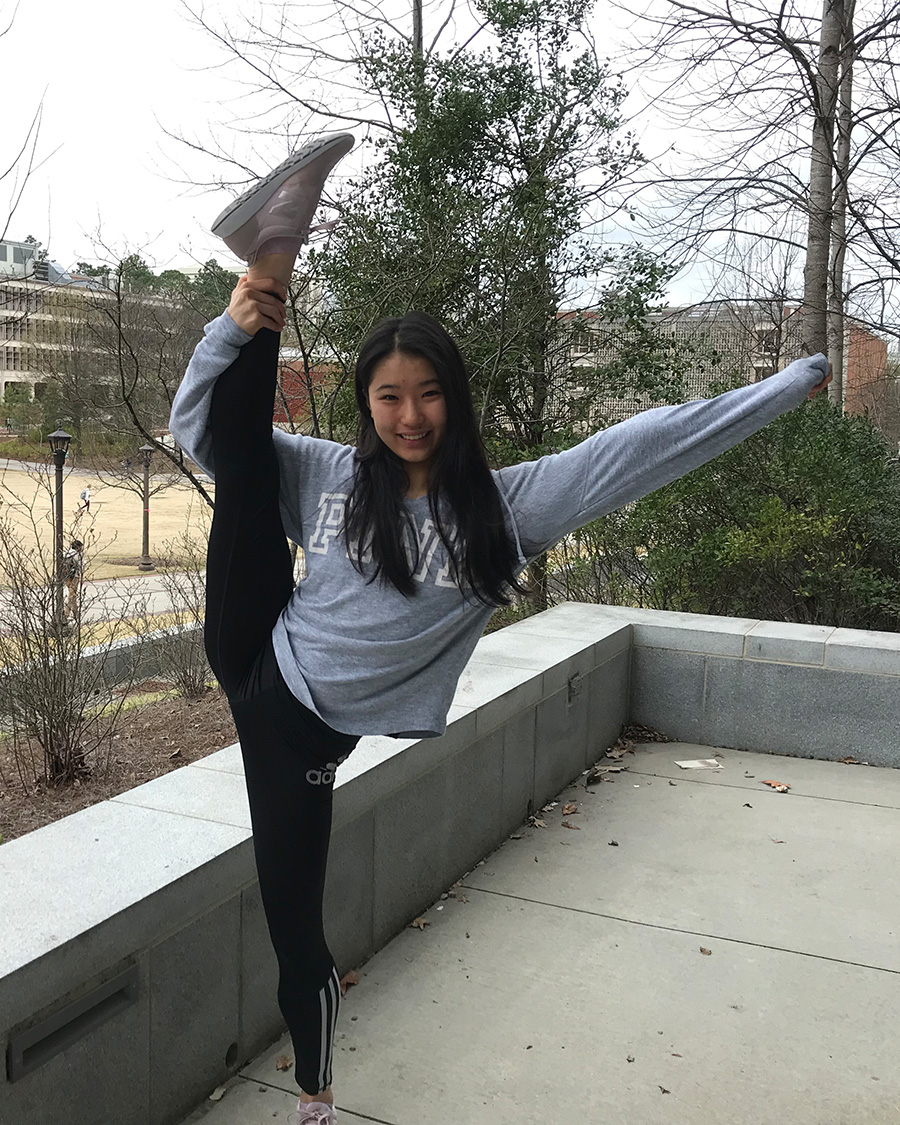 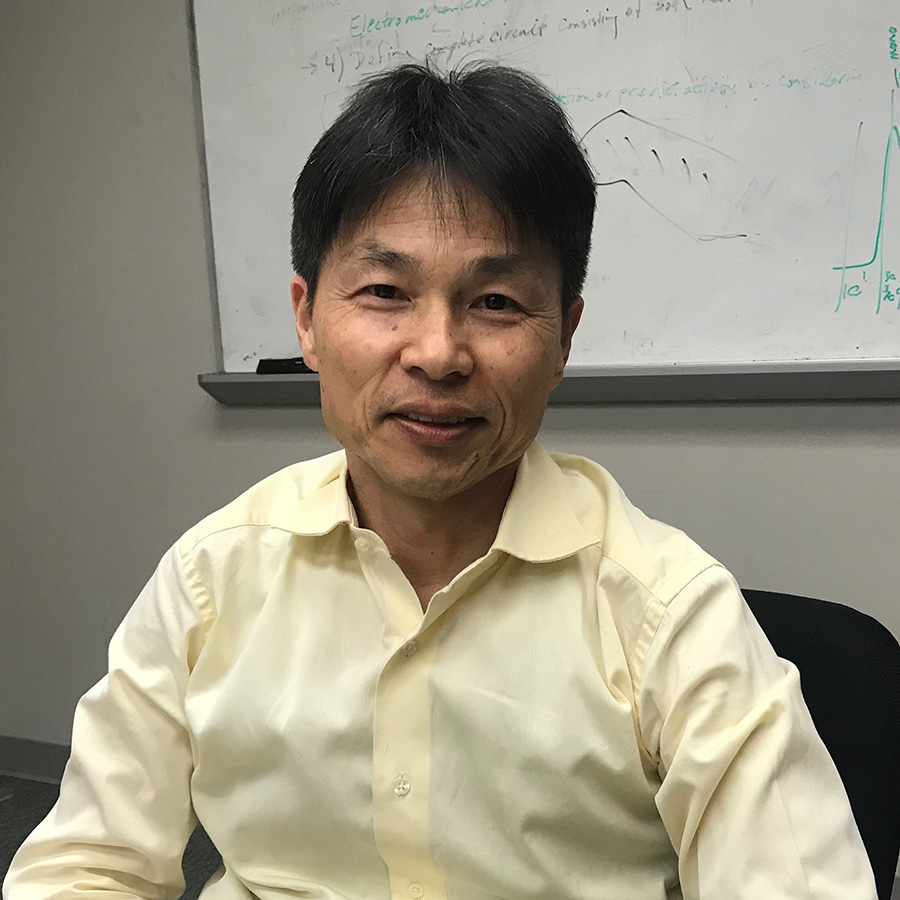