This story initially appeared on the website of the George W. Woodruff School of Mechanical Engineering. Content has been modified for the College of Sciences website.

"I grew up during the heyday of the Space Shuttle and always dreamed about being part of the U.S. space program in some way," said Genzale. "I guess that dream has finally come full circle. My grandfather was a material scientist for Rockwell International during the development of the Space Shuttle and he’d show me pictures of the new engines he was helping to design and build. Those moments really instilled a lifelong fascination with the U.S. space program, and especially with NASA’s mission to foster human exploration of our solar system."

The NASA Innovative Advanced Concepts (NIAC) Program nurtures visionary ideas that could transform future NASA missions with the creation of breakthroughs — radically better or entirely new aerospace concepts — while engaging America's innovators and entrepreneurs as partners in the journey.

The program seeks innovations from diverse and non-traditional sources and NIAC projects study innovative, technically credible, advanced concepts that could one day “change the possible” in aerospace. Sixteen new concepts received funding this year, along with seven projects that are continuations of previously funded work.

The multidisciplinary Georgia Tech team aims to co-develop a renewable, liquid, storage stable rocket propellant that can be produced and burned on Mars. The proposed technology uses bio-organisms to perform atmospheric in-situ resource utilization (ISRU) to produce a propellant entirely from Mars resources. The aim is to reduce the Entry Descent Landing (EDL) mass of a crewed mission to Mars by approximately 7 tons by eliminating the need to transport, land, and store rocket propellant for the return launch. This technology will also enable long-term human presence on Mars and beyond because repeated costly propellant deliveries from Earth would be unnecessary.

The plan calls for the genetic engineering of organisms to efficiently convert the abundant CO2 in the Martian atmosphere into liquid hydrocarbons suitable for rocket propulsion and other energy needs on Mars. The proposed system grows algae biofilms that consume atmospheric CO2 and sunlight with minimal water resources. The algae would then provide a food source to the genetically optimized organisms engineered to produce a monomer with ideal combustion behavior and liquid properties.

The monomers would serve as fuel in a propellant combination to power a human-crewed Mars Ascent Vehicle (MAV). The chemical and physical properties and energy density of these monomers suggest that they are capable of sufficient energy conversion through combustion for a crewed launch from Mars, making them excellent candidates for an ISRU rocket propellant. They are also liquid over a wide range of typical Mars temperatures, making them non-cyrogenic and storage stable.

The oxygen atoms in the designed monomer will also enable a cleaner burn than conventional hydrocarbon propellants, supporting the reuse of rocket engines for multi-mission and interplanetary trips.

“I’m really interested in the idea of designer biofuels,” said Genzale. “Combustion is has fallen out of favor lately due to carbon emissions, but liquid fuels are extremely valuable energy-dense resources. Current fuels used for combustion and propulsion are based on naturally-occurring resources, but they are not necessarily optimal for combustion efficiency or for controlling the types of pollutants formed, and they do not utilize renewable sources of carbon. Biofuel synthesis can not only leverage renewable carbon resources, but we now have an exciting opportunity to tailor the physiochemical properties of a fuel for optimal performance as a high-efficiency clean combustion energy source.”

The group’s approach will test the thermo-physical-chemical properties and combustion behavior of a suite of monomer rocket propellant candidates, while simultaneously developing the biological system for synthesizing them on Mars. By working together and in parallel, the collaborators will efficiently integrate testing feedback to quickly arrive at a co-optimized ISRU monomer rocket propellant.

In theory these advantages will reduce infrastructure and resources needed to support human missions to Mars, and could lead to more ambitious efforts to expand human presence throughout the solar system.

“Working with experts like Pamela Peralta-Yahya in the School of Chemistry, we can genetically engineer microbes to synthesize chemical structures that are not found in nature, enabling us to tailor design a renewable clean fuel from the ground up,” said Genzale. “An innovation like this could transform future transportation on Mars and Earth.”

Caroline Genzale joined the Woodruff School faculty at Georgia Tech in December 2010 and currently directs the Spray Physics and Engine Research Lab. Her group develops and applies laser-based diagnostics for high-speed multi-phase reacting flows and sprays. Prior to arriving at Georgia Tech, she was a post-doctoral researcher at Sandia National Laboratories’ Combustion Research Facility in Livermore, California. She obtained her Ph.D. in Mechanical Engineering from the University of Wisconsin – Madison. 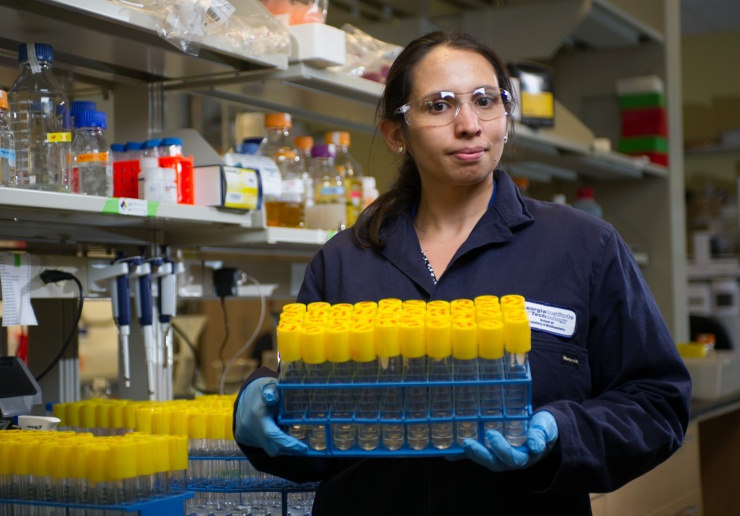 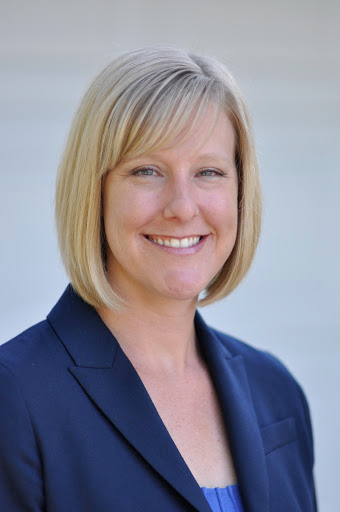