A postdoctoral fellow in the School of Chemistry and Biochemistry has won a $50,000 Georgia Research Alliance (GRA) grant for his proposal to commercialize ammonia electrosynthesis, a promising clean energy technology.

Mohammadreza Nazemi, who researches in Regents' Professor and Julius Brown Chair Mostafa El-Sayed’s Laser Dynamics Lab, developed this particular technology during his Ph.D. studies. He has already received a patent for the process, which utilizes the nitrogen and hydrogen in ammonia for new uses, including as a fuel source that burns cleaner than fossil fuels. Nitrogen can also serve as a fertilizer — another potential revenue source — and as a transport mechanism for liquid fuels. Hydrogen by itself is very difficult to transport, but ammonia, which requires much lower pressurization than liquid natural gas to remain in liquid form, could be used as a carrier for hydrogen.

Electrosynthesis is the combination of chemical compounds in an electrochemical cell. The process has the potential to be less wasteful of materials than conventional or traditionalredox reaction, a different type of chemical reaction. Electrosynthesis also allows for customization, or fine-tuning, of certain chemical functions.

Nazemi says existing fuel pipelines that transport natural gas may get a new life as transport pipes for those liquid components, thereby saving money. “We already have the infrastructure. We’re trying to eliminate the factors that are not green or sustainable. We’re taking steps to make sure we’re mitigating carbon emissions, and also providing energy at lower costs to customers around the world,” he says.

In its letter to Nazemi informing him of the award, the GRA says its goals for the grant include moving university technologies out of the university labs and into the marketplace, and growing university-based startup companies in Georgia “to create a vibrant industrial base and high-quality jobs. GRA accomplishes these goals by identifying individual commercialization projects to support.” 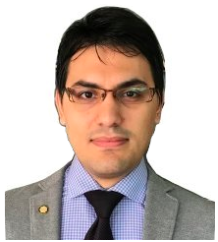