Pseudomonas aeruginosa is a particularly nasty pathogen. It can readily infect individuals with burn injuries, chronic wounds and hospital-acquired infections, like ventilator-associated pneumonia and sepsis. Pathogenic strains can build up in critical body organs, such as lungs, urinary tract, and kidneys, to fatal results. The problematic pathogen often finds a home in immunocompromised individuals who have serious underlying illnesses.

As populations of P. aeruginosa swell, they often aggregate into slimy biofilms that stick to one another and to various surfaces, from medical equipment to airways in the lungs and onto other organs. Thriving in humid environments, the bacteria can create chronic infections that are notoriously resistant to antibiotic treatment.

The pathogen is especially dangerous for cystic fibrosis patients. This genetic disease leads to an overproduction of thick mucus, which provides good growth conditions for microbes like P. aeruginosa, which can then produce antibiotic-resistant biofilms — blankets of microorganisms that cover lung tissue and provide a host environment for more damaging pathogens.

A team of Georgia Tech researchers from the School of Biological Sciences has released a study that points to another problem with Pseudomonas aeruginosa: in a synthetic media that mimics cystic fibrosis sputum, populations of cells can quickly evolve to develop tolerance and resistance to certain antibiotics — despite having no previous exposure to them.

“We were surprised that the antibiotic tolerance increased so quickly in our experiment” says Sheyda Azimi, a Cystic Fibrosis Foundation Postdoctoral Fellow. “What our data tells us is that in a single species evolved population, with a mixture of diverse single isolates, becomes antibiotic tolerant even without the selective pressure of antibiotics.”

Azimi says the increase in tolerance to antibiotics is due to changes in the function of key genes that control social trait production in P. aeruginosa. “Simply put, the changes in population dynamics leads to the tolerance phenotype, so if the P. aeruginosa populations evolve in a chemical environment similar to lungs of individuals with cystic fibrosis, it can display the same phenotype of increased tolerance to certain antibiotics.” Those include beta-lactam antibiotics, one of the most commonly prescribed classes of clinical antibiotics, and the type researchers used in the study.

Even though P. aeruginosa is a well-studied microbe, fewer studies have explored its heterogeneity, or the diversity in its traits and characteristics, and how that diversity helps its cells communicate with one another. The team’s study sought to better understand these social behaviors and how they can influence the microbe’s development and evolution.

The team evolved P. aeruginosa in biofilms, growing the bacteria in a synthetic sputum medium, meant to mimic a mixture of saliva and mucus, for 50 days. “We measured social trait production and antibiotic tolerance, and used a metagenomic approach to analyze and assess genomic changes over the duration of the evolution experiment,” she writes in the article’s abstract (metagenomics is the study of genetic material recovered directly from environmental samples). The team found that evolutionary trajectories were reproducible in independently evolving populations, and that over 60% of that genomic diversity occurred within the first 10 days of selection.

The study showed emergent behavior and interesting interactions between different evolved isolates of P. aeruginosa — co-existing alongside each other and acting as one functional entity.  “You can imagine a team where each individual is equipped with particular skills,” says Azimi. “Not all members need to be the best at all functions. Some members of the team may produce lots of toxins, whereas some may be better at forming biofilms or resisting antibiotics. Put together they function more effectively as a unit.”

Azimi emphasizes that these interactions take place within a diverse population of the same species, a community that has evolved from a single ancestor. “The individuals are not teaching each other. I would call it more of ‘hand-waving’; they actually signal to and sense one another, and evolve in a certain way that appears to benefit the whole group.”

Learn more about Azimi’s work, sociomicrobiology, and The Diggle Lab at Georgia Tech. 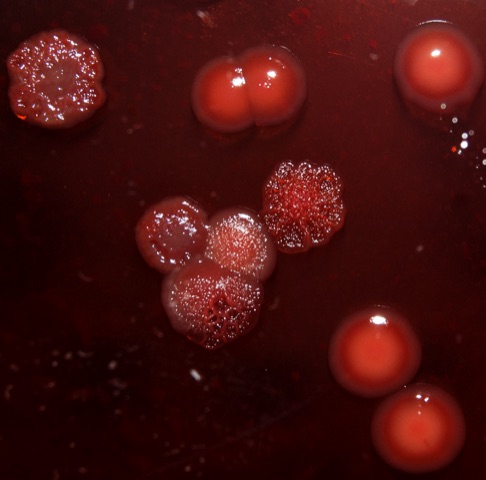 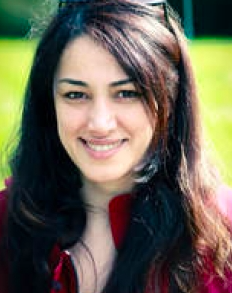