School of Psychology Professor Randall W. Engle has been elected Fellow of the American Academy of Arts and Sciences. He joins the 2018 class of 177 fellows, which includes President Barack Obama, Associate Justice of the Supreme Court Sonia Sotomayor, author Ta-Nehisi Coates, and actor Tom Hanks.

Founded in 1780, the American Academy honors exceptional scholars, leaders, artists, and innovators and engages them in sharing knowledge and addressing challenges facing the world.

Engle is “a leader in the study of individual differences among people in working memory ability and controlled attention,” says Henry “Roddy” Roediger, the James S. McDonnell Distinguished University Professor in the Department of Psychological and Brain Sciences, Washington University, St. Louis, Missouri.

Roediger has known Engle for decades. “I have always greatly admired his research,” Roediger says. “To greatly oversimplify, Randy studies how people differ in their basic capacity to concentrate on a task – to hold one task in mind and work on it while ignoring other demands. This basic ability is fundamental to our understanding of how and why people differ in cognitive performance.”

Engle’s research has been influential across a wide array of areas – including social psychology, emotion, psychopathology, developmental psychology, and psychological testing – and has contributed to modern theory of cognitive and emotional control. “Election to the American Academy reflects Randy’s premier achievements,” Roediger says.

Engle attended West Virginia State College, a public all-black college. He says it was the only college he could afford to attend, but being educated by outstanding black scholars was one of the transforming experiences of his life. The black professors who taught him, from psychology to French, “were impressive people to a hillbilly kid with no idea why you would ever have two forks beside your plate,” Engle says.

For doctoral study, Engle was admitted to the Ohio State University experimental psychology program to work with Delos D. Wickens. “Wick was a wonderful mentor and was exceedingly patient with a student who wanted to do everything but did not focus on anything long enough to do it well,” Engle says.

In the tough job market of 1972, Engle landed a job at King College in Tennessee. His two years there, with 10 classes per year, made him a teacher. Fortunately, two of his classes each year were senior research seminars and he used them to conduct experiments. He was limited in equipment to a tape recorder and slide projector so he did research on modality effects in short-term memory. At the end of two years, he had two publications, enough to land him a job at the University of South Carolina where he spent the next 21 years.

The election of Engle and Nemirovski bring to nine the number of current American Academy fellows affiliated with Georgia Tech: 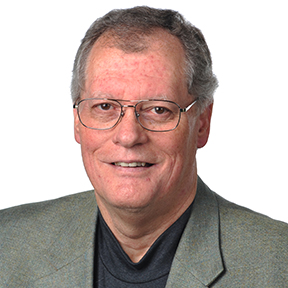