This story originally appeared on the Parker H. Petit Institute for Bioengineering and Bioscience website.

Two Georgia Institute of Technology postdoctoral researchers whose work is focused on improving the odds against devastating disease are winners of the Petit Institute for Bioengineering and Bioscience (IBB) Excellence in Research Grants. María Coronel and Rebecca Donegan will each be awarded $22,000 to help support their projects.

Coronel, who works in the lab of Petit Institute Executive Director Andrés García, won her grant for a proposal entitled, “Engineering leaky gut on chip for studying Type 1 diabetes pathogenesis.”

It’s a new area of research exploring the connections between the gut and the pancreas in diabetes. “By applying microfluidics, stem cells, and immunoengineering, I’m looking to develop new platforms that can help improve early diagnosis, but also challenge our current knowledge of how the disease develops,” said Coronel, who is currently researching immunotherapies to improve insulin replacement as a treatment for type 1 diabetes.

People with the disease require insulin injections to regulate their blood sugars, a treatment that has dramatically improved lives. But it isn’t a cure, “which can be done now with a treatment called islet transplantation,” Coronel noted, adding that the procedure is basically an organ transplant, which means patients have to take potent drugs to suppress their immune system, making them susceptible to infections and other side effects.

“My work is focused on using synthetic biomaterials in the form of microgels for the local presentation of proteins that can control the patient’s immune cells, the surveillance army that keeps you safe from foreign agents like viruses and bacteria,” Coronel said. “By controlling these cells, we can allow insulin-producing beta-cells to engraft and function without being rejected when transplanted. This can minimize the need for immunosuppressive drugs and broaden the patient population that can benefit from this therapy.”

Her goal is to translate these therapies into pre-clinical models to find out if the technology is translatable to treat humans. But ultimately, she added, “I am working towards an independent faculty position to mentor the new generation of diverse scientists in STEM.”

Donegan’s research is aimed at developing a better understanding of how the human pathogen Mycobacterium tuberculosis (Mtb, the bacteria that causes tuberculosis) uses the iron-containing molecule heme to survive during infection.

“Mtb requires heme for survival and has the ability to both uptake heme and to synthesize its own heme,” noted Donegan, who works in the lab of Amit Reddi, associate professor of chemistry and biochemistry. Donegan’s grant-winning proposal is entitled, “Imaging heme dynamics at the host pathogen interface.”

“Iron and heme are really interesting metallonutrients to study because they are both necessary for survival and potentially cytotoxic,” said Donegan, who will use the grant to learn more about how heme levels change throughout the course of infection.

“By combining our sensors with fluorescence microscopy and flow cytometry, we will be able to build a more comprehensive picture of how Mtb uses host heme during infection,” she said. “And by clarifying how and when heme is used during Mtb infection, we will be better poised for identifying new targets for developing new anti-Mtb therapies that target heme homeostasis.”

Donegan’s career plan is to become an assistant professor, teaching undergraduate students. Eventually, she’d like to lead her own independent research, combining the skills she developed in Reddi’s lab with her graduate training in protein crystallography (in the lab of Petit Institute researcher Raquel Lieberman), to study how a nontuberculous mycobacteria [NTM], which she called an emerging threat, transition from being environmental bacteria to pathogenic bacteria. She plans to work toward the discovery of new anti-NTM therapeutic targets.

Meanwhile, she and Coronel are the beneficiaries of the first IBB Excellence in Research Grants, thanks to the generosity of the Beckman Coulter Foundation, as well as Georgia Tech graduate Karl F. Dasher (Industrial Engineering, 1993) and his wife, Erin Dasher, a member of the Petit Institute Advisory Board. The Karl F. Dasher Research Endowment supports research and educational initiatives at the Petit Institute. 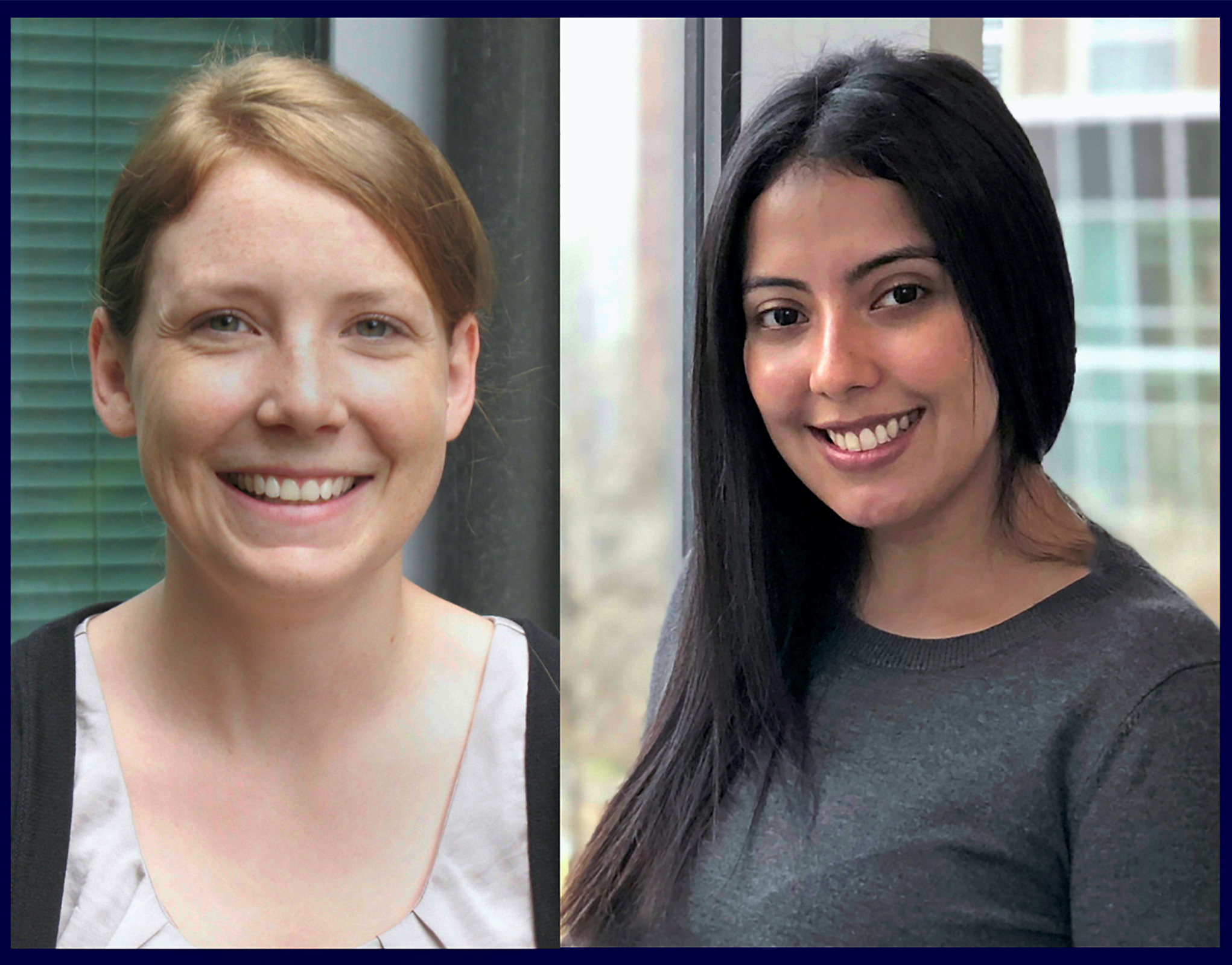