Researchers Chosen to Examine Antarctic Glacier at Risk of Collapsing

A team of Georgia Institute of Technology researchers will head to West Antarctica next winter as part of an international collaboration to explore a melting glacier that could significantly affect global sea levels. The Thwaites Glacier drains the ice from an area roughly the size of Florida, accounting for around 4 percent of current global sea-level rise — an amount that has doubled since the mid-1990s and looks to be accelerating.

The Georgia Tech team will send Icefin, its home-built autonomous vehicle, through a borehole near the grounding line of the glacier to explore underneath the ice. This will allow it to map, for the first time ever, how the geology beneath the surface and the interactions between the ice and ocean water are affecting how the glacier is changing.

The mission is part of a $25 million international research collaboration led by the National Science Foundation (NSF) and the United Kingdom’s Natural Environment Research Council (NERC).

This will be the fourth Antarctic voyage for Icefin, but the first to the remote glacier. In fact, only a few dozen people have ever stepped foot on Thwaites.

“Thwaites Glacier is one of the fastest changing regions in the Antarctic,” said Britney Schmidt, an assistant professor in the School of Earth and Atmospheric Sciences who leads the Icefin project. “With individual research programs, we can only investigate small parts of the system at a time. So much of West Antarctica may depend on the stability of Thwaites —  it’s a critical time to come together to explore the whole system to reveal whether it’s reached a tipping point. We’re thrilled to be a part of this incredible effort.”

The research program is called the International Thwaites Glacier Collaboration (ITGC). It includes   nine projects that will help scientists understand whether the glacier’s collapse could begin in the next few decades or centuries.

Icefin is one part of the MELT project, which is overseen by Keith Nicholls of the British Antarctic Survey and New York University’s David Holland. Investigators from Penn State, University of California Irvine and the University of Kansas are also involved. According to a joint press release from the NSF and NERC, MELT “will measure the melting at the ice-ocean interface of the glacier, to understand the processes involved and its potential for triggering increased sea-level rise.”

Icefin will use sonar to map the ice and sea floor and explore how the two are interacting. Its onboard cameras will also provide images of both areas. Icefin’s sensors will measure the temperature, depth and salinity of the water underneath the glacier to learn how and where the glacier is melting.

“The grounding line of a glacier is the place where it goes from sliding along the continent to floating in the ocean. This is where the glacier can become unstable,” said Schmidt. “Melt water from upstream under the glacier escapes out into the ocean across the grounding line, and warm ocean water can melt it back from below. Icefin was designed with this kind of a project in mind —measuring the properties of the ice, ocean and seafloor where other vehicles and instruments cannot reach to map these changes in the underbelly of the glacier.”

Antarctica’s glaciers contribute to sea-level rise when more ice is lost to the ocean than is replaced by snow. To fully understand the causes of changes in ice flow requires research on the ice itself, the nearby ocean and the Antarctic climate in the region. In addition to Icefin, the program will deploy the most up-to-date instruments and techniques available, from drills that can make access holes 1,500 meters into the ice with jets of hot water to autonomous submarines like the Autobsub Long Range affectionately known around the world as Boaty McBoatface.

The nearest permanently occupied research station to the Thwaites Glacier is more than 1,000 miles away. Researchers on the ice will rely on aircraft support from American and British research stations. Oceanographers and geophysicists will approach the glacier from the sea in icebreaker ships. In addition to the United States and United Kingdom, the ITGC collaboration includes researchers from South Korea, Germany, Sweden, New Zealand and Finland.

Portions of this article were taken from the full NSF-NERC press release. 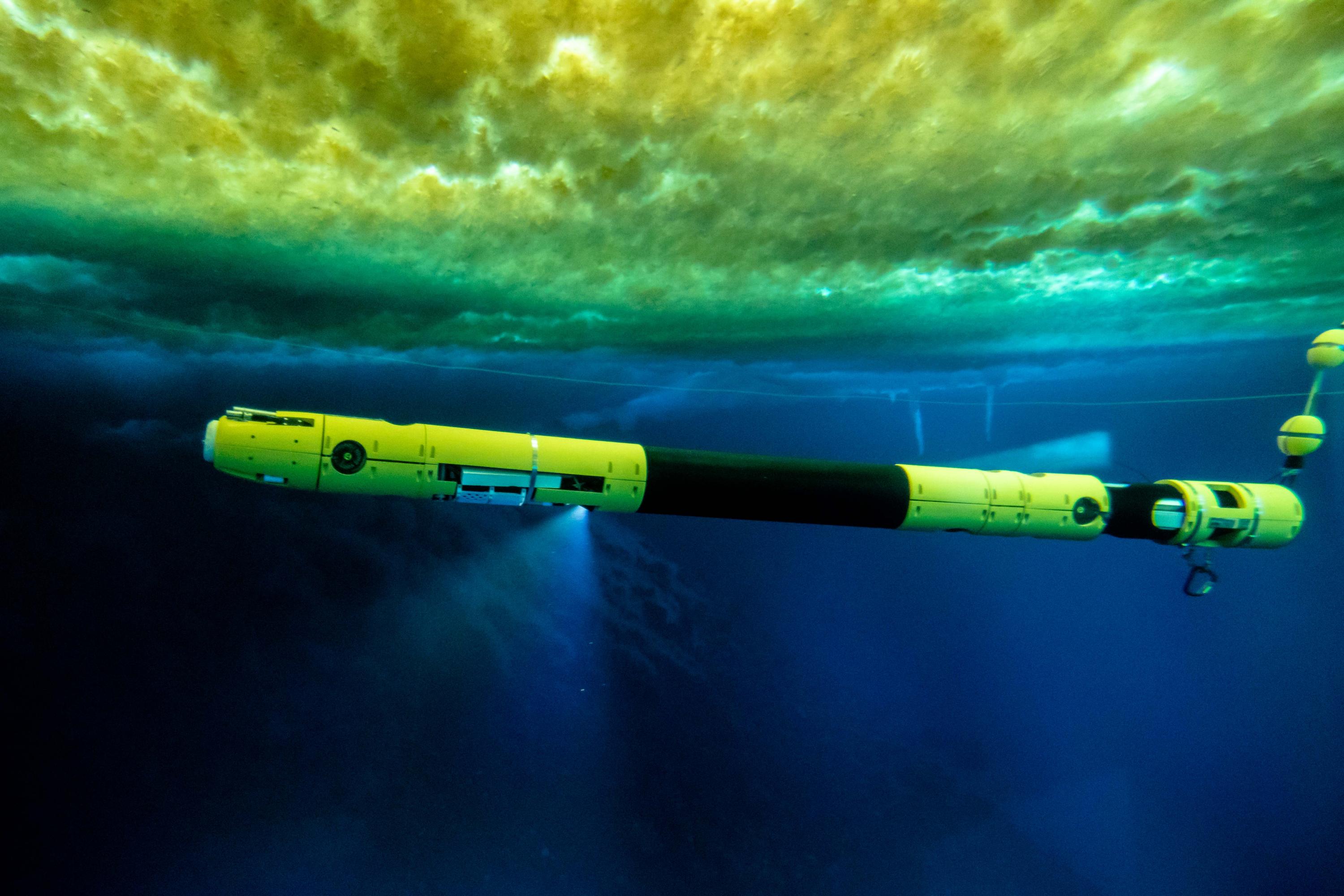 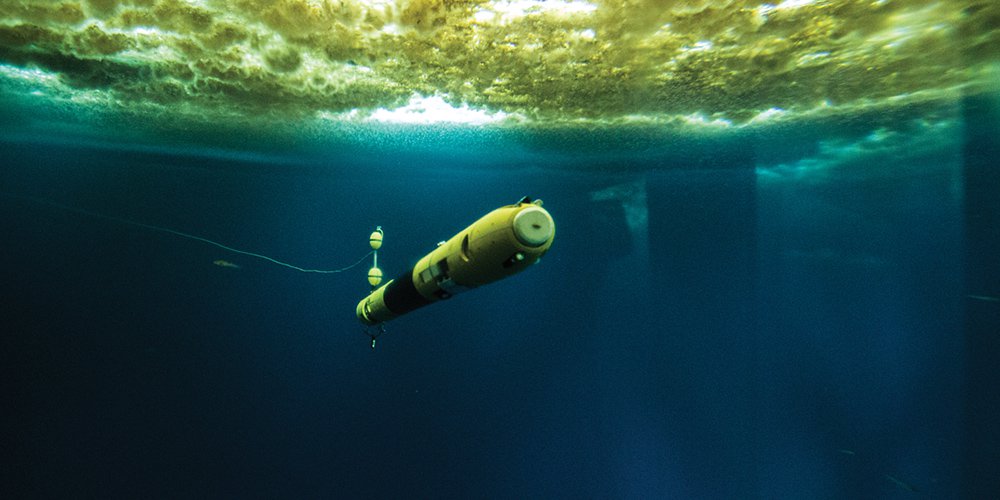 Searching for life under the ice 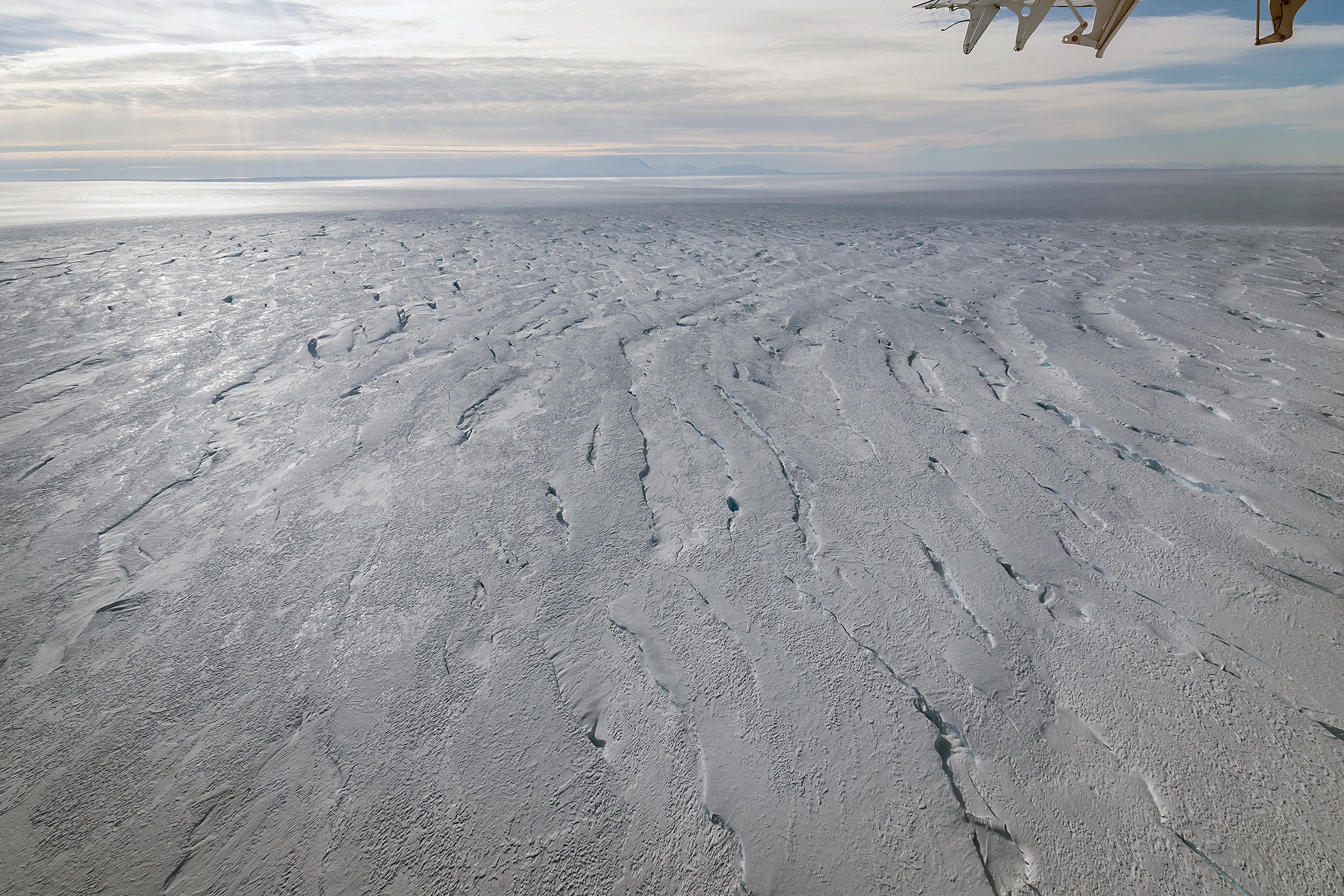 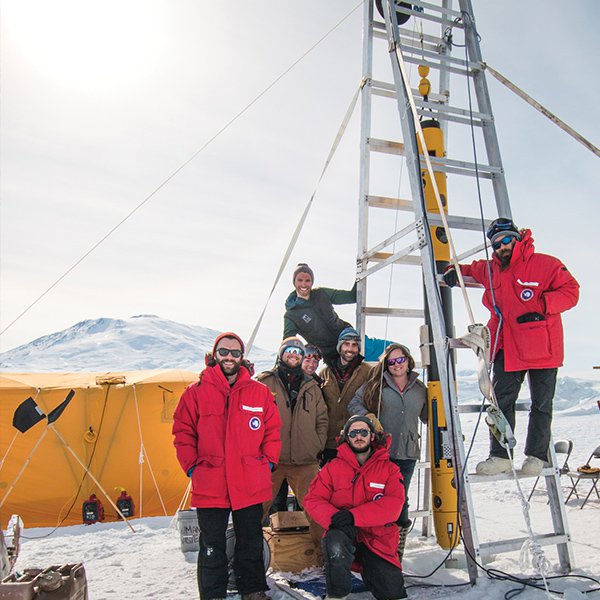