Research that makes people laugh and then think

Serious nature lovers and forest hikers might keep track of wildlife by the shape of animal droppings on the trail. Deer leave a pile of pellets, a large tubular mass suggests a bear, whereas smaller tubules indicate a fox. What about scat that is shaped like ice cubes?

In southeastern Australia, cube-shaped scat is found around the home range of wombats. These marsupials have been likened to a hybrid between a pig, a bear, and a gopher. They have another distinction: They are the only known animals that excrete cubic feces.

How wombats produce the distinctively shaped poop has been of interest to the research teams of Georgia Tech mechanical engineering professor David Hu and Scott Carver, a lecturer in wildlife ecology in University of Tasmania, Australia. Wombats are poised to gain acclaim, because Hu, Carver, and their coworkers just received a 2019 Ig Nobel Prize, awarded by Improbable Research for research that initially makes people laugh and then think.

What seven-year-old would not be mesmerized by the idea of bringing a stop watch to the bathroom to check the claim that all mammals pee in about 20 seconds or tickled with the hilarity of a gif image of a wet dog shaking off water?

The 2019 Ig Nobel is the second for Hu, who also has appointments in the Georgia Tech School of Biological Sciences and School of Physics. Hu is a leading expert in the biomechanics of animal locomotion, from the wet-dog shake, to the lightning-fast tongues of frogs, to the wagging of elephant tails, and more.

Hu is also an expert in fluid dynamics, including of biological fluids like urine. With then-Ph.D. student Patricia Yang, Hu reported in 2015 that the average urination time of mammals is about 20 seconds. That finding earned Hu and Yang their first Ig Nobel Prize.

Yang extended her studies to defecation. In one conference, she proposed a mathematical theory suggesting that the average time for mammals to move their bowels is 12 seconds. According to Hu’s account in Australasian Science last spring, “A scientist raised his hand and said that his 8-year-old children were fascinated by cubic wombat feces,” Hu wrote. “Could our theory account for that shape? This is the first time we heard of such a thing, so we searched for the feces on our phones and were amazed.”

Curious, Hu recruited students to research wombats. They found Carver, one of the world’s few experts on wombats, who studies them for conservation. “They face a lot of threats from animals, humans, and diseases,” he says.  Currently, he studies the wombats’ affliction with sarcoptic mange, or scabies, which can be fatal to whole populations. As such, Carver receives calls from a Tasmanian wildlife sanctuary when wombats have been humanely put down by a veterinarian.

Carver opens the cadaver with a slice from the mouth to the anus to gain access to tissues and organs for his biological work. The first time he did this, he was surprised by another wombat distinction: the extraordinarily long intestines, about 33 feet. In contrast, human intestines are only 23 feet long. Partially because of wombats’ long colons, Carver says, “wombat scat is dry. Human colons are not that long; we don’t pull as much water from feces.”

With wombat intestines supplied by Carver, Hu’s team began investigating. Before working on the specimen, they practice with pig intestine sourced from the Asian supermarket the Great Wall. They also create models made of cloth to try to mimic how the cubes are formed.

Last summer undergraduate researchers Kelly Qiu and Michael Kowalski joined the wombat team. A third-year biomedical engineering major, Qiu says she got interested in the work after reading about Yang’s research and “how they blew up intestines with balloons.” She says the research is “an enjoyable experience.”

As part of this research Kowalski, a fourth-year biomedical engineering major, has learned how to sew. “We’re sewing cloth to replicate the intestine. We do it in Paper & Clay. We put sewing lines to create the stiff regions of the intestine.” That’s because the team found that the wombat intestine is not uniformly flexible. Some parts are rigid. Some parts are soft.

As Hu writes in Australasian Science: “As brown slurry fills the intestine, a stiff zone would resist bending in that particular region. Four such stiff zones could create the tell-tale four walls of the cube. The corners of the cube would be a consequence of the intermediary soft zones.”

That’s the hypothesis for now. The cloth models are part of the process of testing the hypothesis. Alexander Lee, a Ph.D. student of Hu’s, is working on a theoretical model. “Can we also recreate cubic poop in a math simulation?” he asks. “Can we make other shapes come up? Right now, we mostly get potatoes.”

Not surprisingly, Hu’s research on animal locomotion and biological fluids has attracted much mainstream coverage. What seven-year-old would not be mesmerized by the idea of bringing a stop watch to the bathroom to check the claim that all mammals pee in about 20 seconds or tickled with the hilarity of a gif image of a wet dog shaking off water?

Alas, popularity is a double-edged sword. Those two studies, and another on eyelashes, caught the eye of then-Senator Jeff Flake, of Arizona. In Flake’s 2016 list of the top 20 most wasteful uses of government fund, three were work by Hu.

"The easiest questions are still among the most difficult to answer."

Hu rebutted with a guest blog, “Confessions of a Wasteful Scientist,” in Scientific American.

“[M]ost of what animals do is completely a mystery to scientists. When I was a student, I thought that 95 percent of all knowledge was already solved. But in fact, we only understand a small amount of the world around us, especially in the world of biology. For example, we can’t understand why a dog walks as easily as it does. Robots still cannot move as well as dogs, which have a complex interplay of tendons, bones and specially placed sensors that make it look like magic. The easiest questions are still among the most difficult to answer,” Hu wrote.

According to Hu, the wet-dog shake study is relevant to clothes drying, which takes up a lot of energy. The study of eyelashes could help explain how allergens enter the eye. And the urination study could be used as an early, noninvasive way to detect urinary malfunction as people age.

“This science helps us learn about the natural world. It’s extremely unusual to get a cube out of what looks like a tube. So there is a manufacturing side to this.” Carver says. “Pure science has been incredibly productive in finding something useful for humans that didn’t have a clear application. Lasers and many other useful things have come about because of people looking just out of curiosity.”

"Lasers and many other useful things have come about because of people looking just out of curiosity.”

“Not at all!” Yang says when asked whether winning two Ig Nobels might be a black mark on her professional record. “It actually promotes my science. It attracts people who are interested in my research. After the Ig Nobel, my paper got downloaded 10 times as much as before.”

In fact, Yang says, “the application side for this research could be an early screening for colon cancer. Because with colon cancer, the tissue starts getting harder. That will change the shape of feces.” 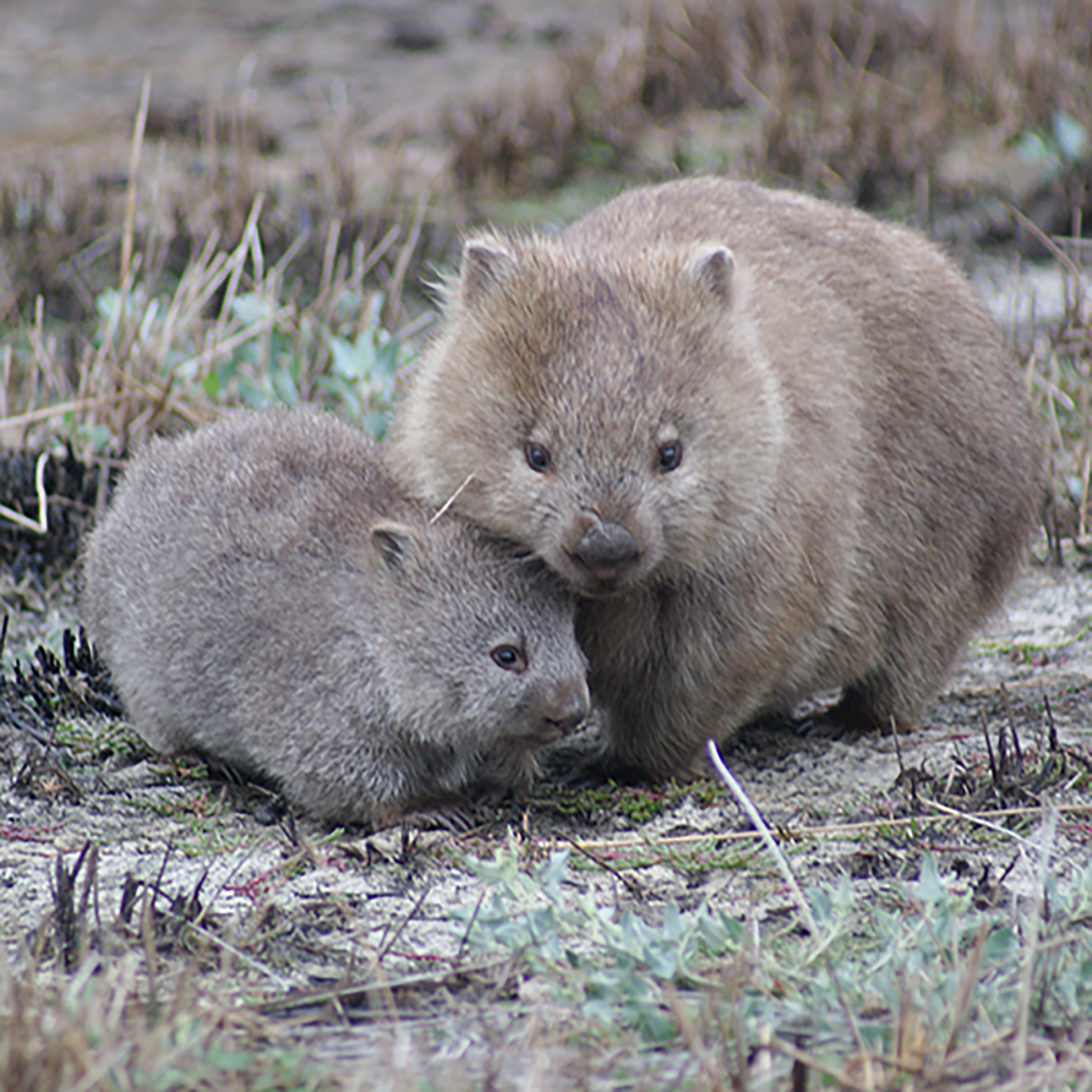 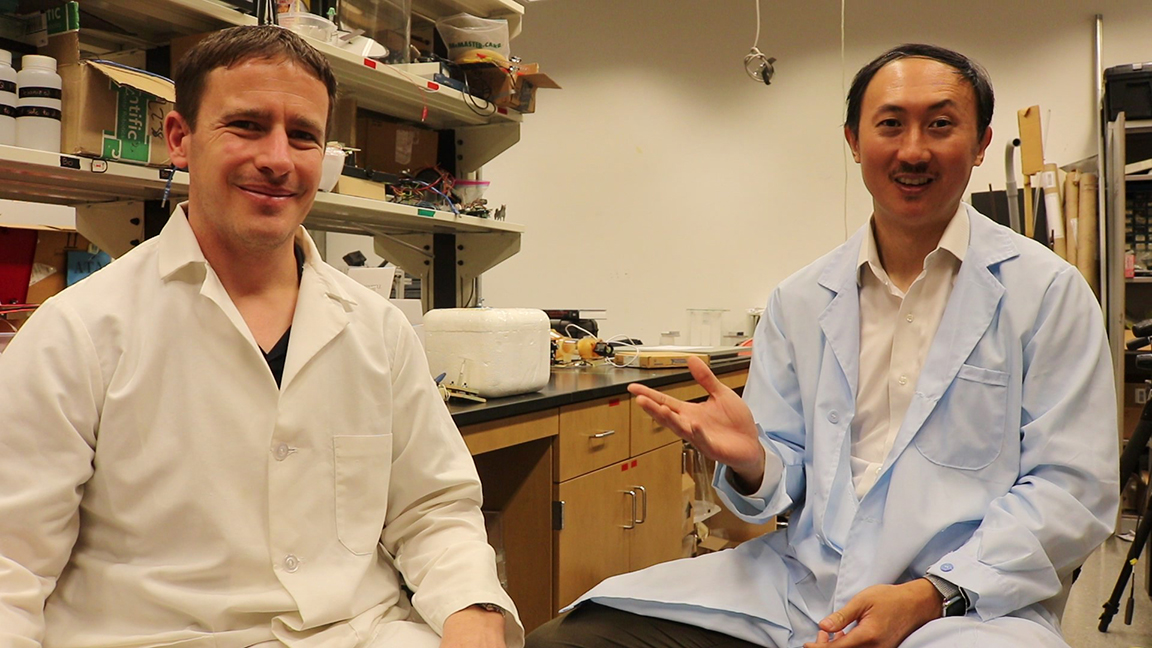 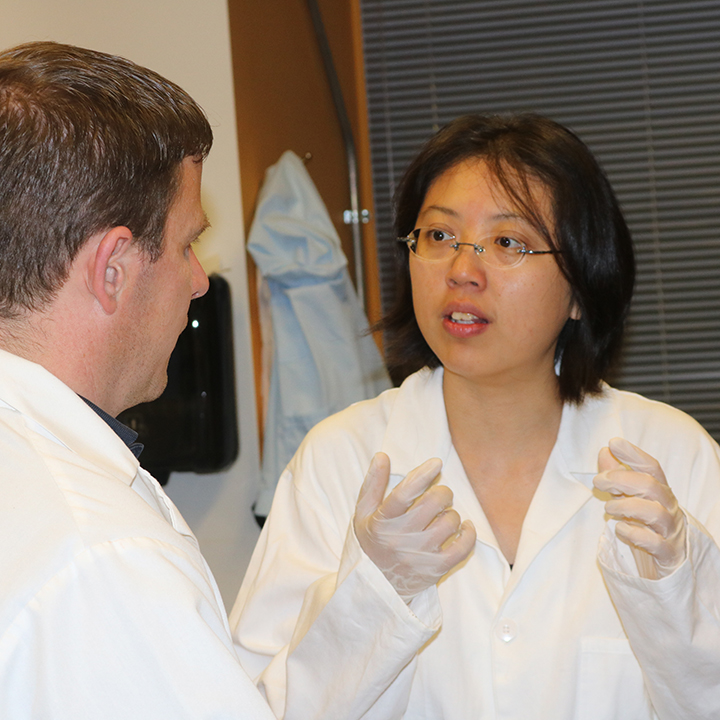 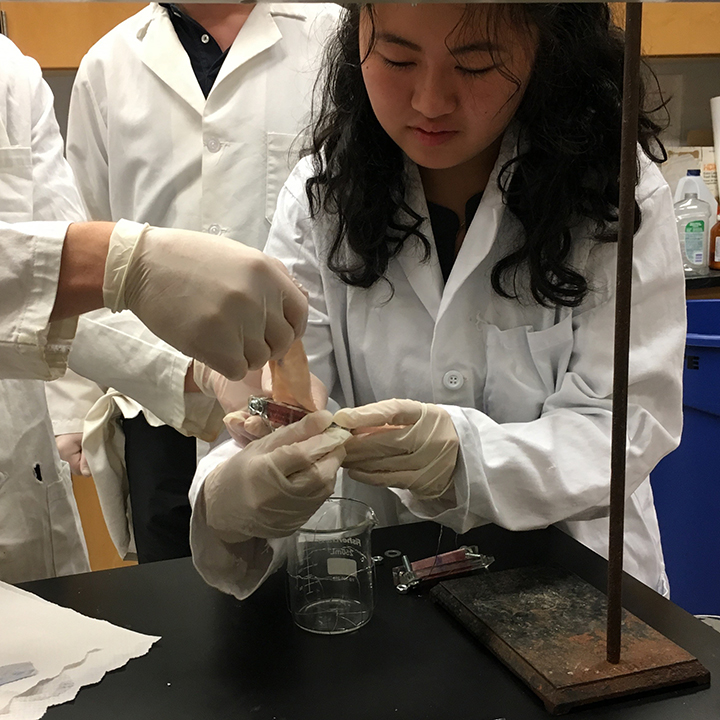 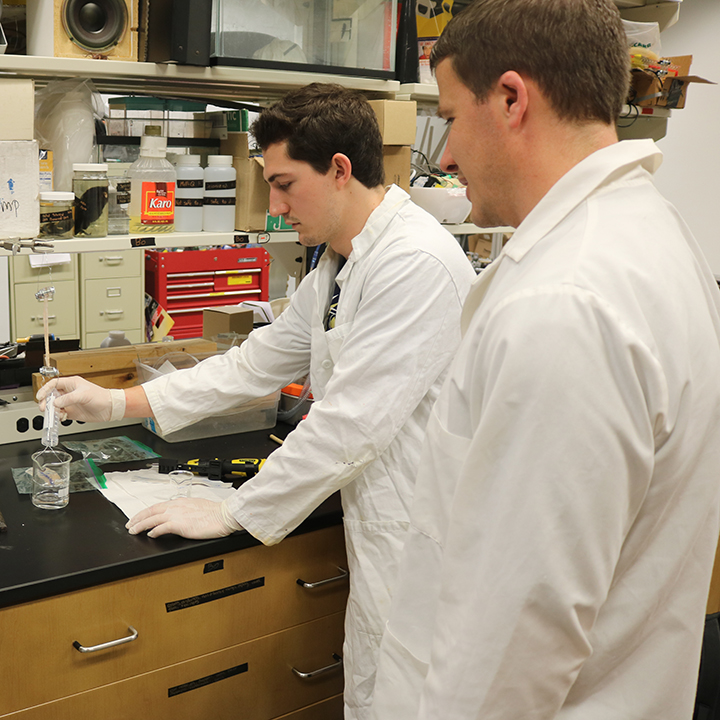 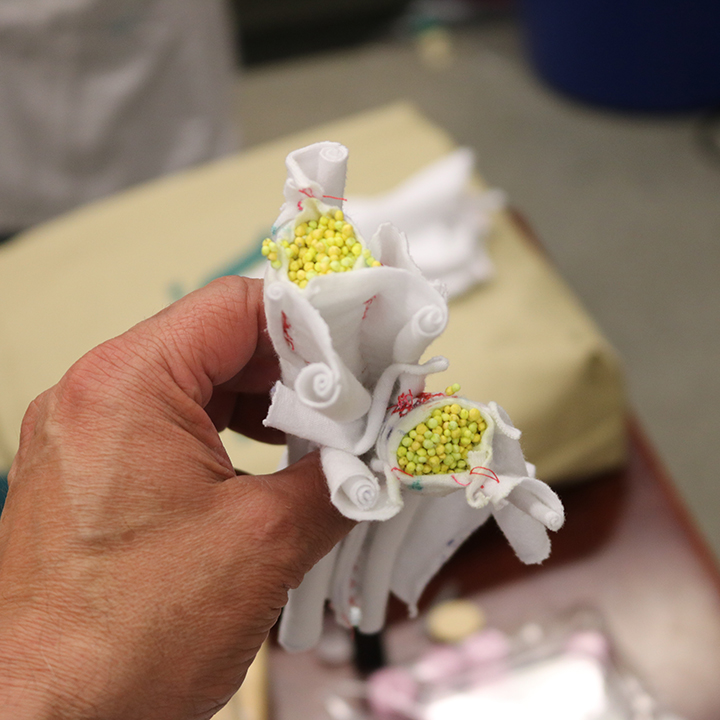 Intestine mockup made of cloth (Photo by Renay San Miguel)