A School of Chemistry and Biochemistry alumna, who went on to be the first woman to lead the Morehouse School of Medicine, is among eight alumni and friends of Georgia Tech chosen as 2020 White and Gold Honors recipients by the Georgia Tech Alumni Association.

Valerie Montgomery Rice, the sixth president of Morehouse who also serves as its dean, will receive the Dean Griffin Community Service Award. The award, according to Georgia Tech’s Alumni Magazine, “recognizes alumni who have performed exemplary community service in the following ways: service in a long-term volunteer capacity; impact on the quality of life of others; leadership and creativity in dealing with societal problems; and serving as a source of inspiration for others.”

Here's how Georgia Tech Alumni Magazine covered the announcement of the 2020 White and Gold Honors recipients.

Montgomery Rice received a bachelor’s degree in chemistry from Georgia Tech in 1983, and her medical degree from Harvard Medical School. She completed her residency in obstetrics and gynecology at Emory University School of Medicine and her fellowship in reproductive endocrinology and infertility at Hutzel Hospital. Montgomery Rice is a fellow of The American Congress of Obstetricians and Gynecologists.

According to her biography on the Morehouse website, Montgomery Rice held faculty positions and leadership roles at various health centers, including academic health centers, before joining Morehouse in 2011. Most notably, she was the founding director of the Center for Women’s Health Research at Meharry Medical College, one of the nation’s first research centers devoted to studying diseases that disproportionately impact women of color.

Montgomery Rice has received numerous accolades and honors. She was named to the Horatio Alger Association of Distinguished Americans and received the 2017 Horatio Alger Award. For three consecutive years (2016-2018) Georgia Trend Magazine selected Montgomery Rice as one of the 100 Most Influential Georgians. 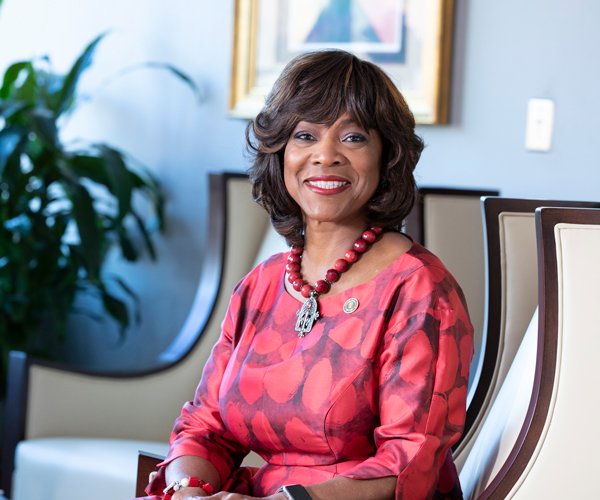