(This story originally appeared Sept. 30 on the website of the Ivan Allen College of Liberal Arts.)

Hailey Park, a third-year computer science student from Roswell, knows how complicated voting can be.

“There were a lot of moments when I felt overwhelmed by the sheer amount of information out there, and I didn’t know if the information I was consuming was factual,” she said.

Now, Park is part of the VoterTech Vertically Integrated Project (VIP), an interdisciplinary, cross-college, and student-led research team at the Georgia Institute of Technology. It works to help make it easier for the diverse student body to register and vote.

It is getting the job done with all the hallmarks of a typical Georgia Tech project: in-depth research, good organization, and technology, according to Richard Barke, a professor in the Ivan Allen College of Liberal Art’s School of Public Policy and one of five instructors who mentor the VIP team members.

“The voting process is becoming technologically intense, as we’re seeing in this current iteration, so it makes sense to see what we can do using technology to address some of the problems with elections and voting,” Barke said.

As Georgia’s Oct. 5 registration deadline draws near, the team is developing technologies to help voters find information about registration, ballot information, and early and absentee voting.

“This project takes place during an important election,” said VoterTech member Caleb Torres, a third-year public policy student from Atlanta. Torres also is chief of staff for Georgia Tech’s Undergraduate Student Government Association. “Younger voters, including college students, are turning out in record numbers to the polls, and we want to help ensure every voter is as knowledgeable as possible.”

The team of 18 students has split into four groups, each working on a specific issue: One team concentrates on collecting ballot information. The second is working on voter registration efforts. Another team has built a website, https://vote.cae.gatech.edu, and the fourth is working on a smartphone app.

The website offers a simple step-by-step approach to registering to vote or voting, with vetted links to registration sites and information about requesting absentee ballots or finding polling places, in Georgia and across the United States.

It also provides links to election protection information and what to do if a voter had to cast a provisional ballot.

Veteran VIP organizer Jennifer Leavey, principal academic professional in the College of Sciences, organized VoterTech last year. Leavey is not an expert in politics but wanted to help spark excitement in voting among Georgia Tech students.

“It took a while for the students to tease out what they wanted to work on, but now they are really taking off,” Leavey said.

In addition to Leavey and Barke, the faculty and staff team includes Christopher Le Dantec, an associate professor in the School of Interactive Computing and the Ivan Allen College’s School of Literature, Media, and Communication; Recha Reid, a political scientist and interim assistant director for student innovation and undergraduate research in the Office of Undergraduate Education; and Nicole Leonard, advising and outreach manager in the Georgia Tech Honors Program.

“The work that these students have done demystifies the voting process for students,” Leonard said.

Reid noted the students’ work is already serving as a “critical hub” for their peers.

“Our VIP students have surpassed all expectations with their hard work and creativity to expand the tools we have to inform voters and increase voter turnout among Georgia Tech students,” Reid said.

The November election is far from the end for VoterTech. Le Dantec expects the experience with this cycle will give the team a clear idea of the challenges students face in engaging in elections. This data will help inform what the group decides to do going forward.

“This election season will give us a lot more runway to think more expansively about different kinds of technology solutions we might develop to help in future elections,” said Le Dantec, an expert in digital civics.

William Wilson, a second-year computer science student from Memphis, Tenn., is a member of the VIP’s registration team. He always wanted to do more to encourage students to vote and found his outlet in VoterTech.

“The reaction by students has been overwhelming,” he said. “Students seem really excited to vote, and we hope our project can add to that.”

The concept was founded in 2001 at Purdue University by Edward J. Coyle, who has been on faculty in Georgia Tech’s School of Electrical and Computer Engineering since 2008.

VIPs have since been adopted at 36 universities worldwide. Georgia Tech, a leader in the VIP Consortium, has one of the world’s most extensive programs. 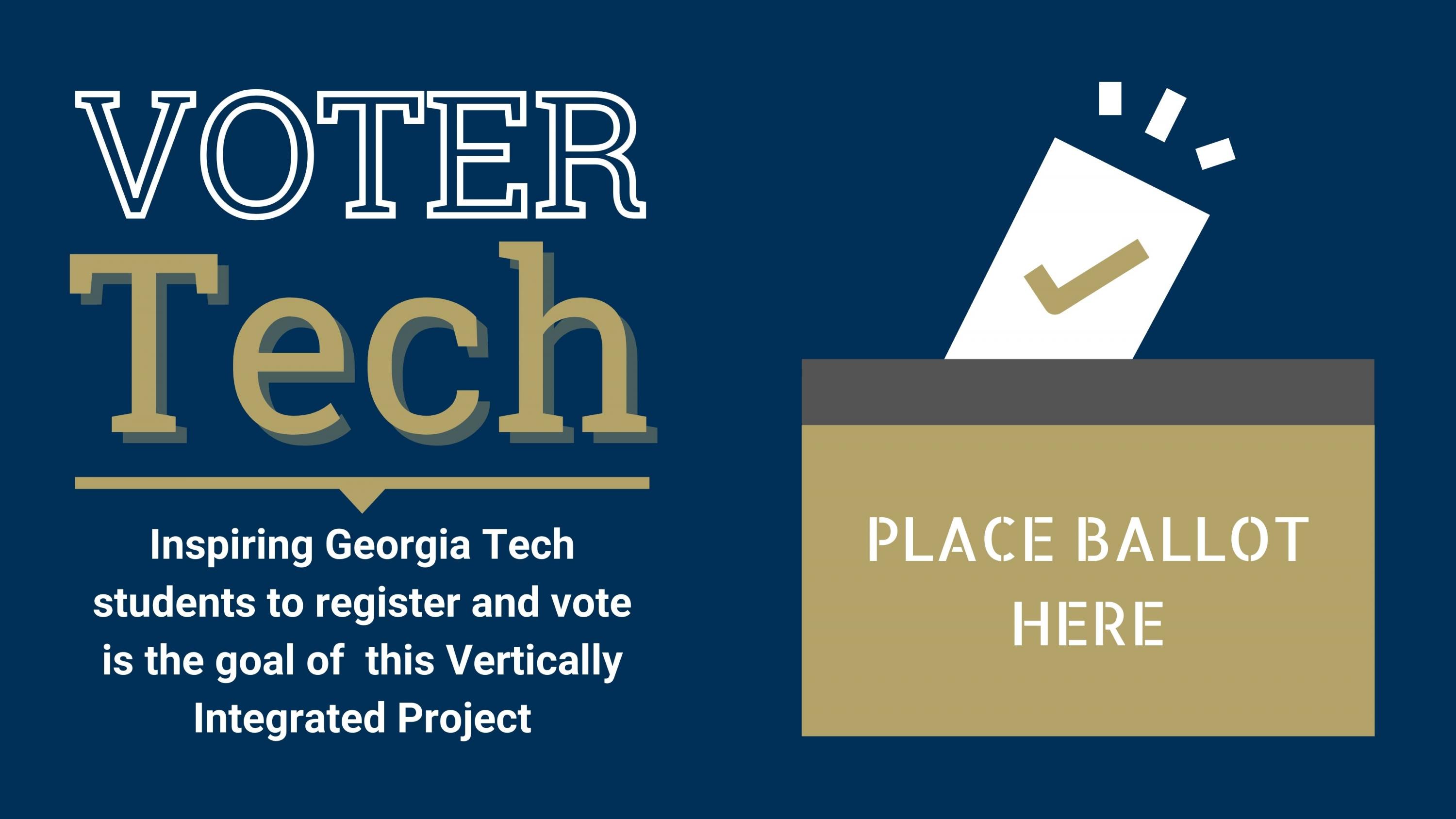