What Does Georgia Tech Think of First-Passage Percolation?

Michael Damron is coauthor of a book that has the answer

First-passage percolation. It sounds like a superspecial way to brew coffee.

Actually, first-passage percolation (FPP) is a simplified model to describe growth in a random medium, says Michael Damron, an associate professor in the School of Mathematics.

Damron should know.  He just published a book on the subject – “50 Years of First-Passage Percolation” – with coauthors Antonio Auffinger, of Northwestern University, and Jack Hanson, of The City College of New York.

Random growth is everywhere. Tumor growth, cell replication, the spread of coffee stains, and the propagation of flames are some examples. “These types of growth are expected to have statistical properties that are different from those scientists typically see in models from physics,” Damron says.

In particular, FPP describes growth, say of an infection, on a grid. At time zero, growth is confined to only one spot on the grid. Then it spreads across the edges of the grid according to random rules. The properties of the infected region after a long time has passed are of great interest to researchers. “It is known that this region has a specific shape,” Damron says. “But there is no known formula to determine the shape.”

In a special case of FPP that models cell replication, for example, “it was once believed that a cell cluster after a long time has a circular shape,” Damron says. “However numerical evidence in the 1980’s showed that its radius is not the same in all directions, so it cannot be circular. There are no rigorous mathematical results on this major question.”

FPP is central to modern probability theory. It is used in many scientific areas, such as growth and infection in biology, optimization in computer science, and disordered media in physics. In mathematics, FPP has applications in analysis and geometry.

The subject has seen rapid growth in the past 10 years, but the last comprehensive survey of the field took place in the 1980’s, Damron says. “We felt it was time to summarize the state of the art for graduate students and researchers planning to work on this topic.”

Through this book, the authors give proofs of seminal results until the 1990’s, discuss recent perspectives and directions, and provide a collection of open questions, old and new. Published by the American Mathematical Society, the book is intended as a textbook for a graduate course and a learning tool for researchers.

It’s the first book Damron has coauthored. Already he is working on a second book, this time as co-editor of a proceedings volume for the American Mathematical Society. 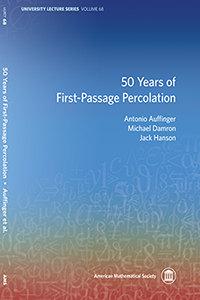 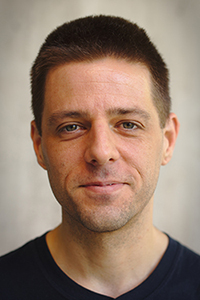