Iconic tool will mix it up with Yellow Jackets’ tip-off on Jan. 22

A unique treat awaits fans at the Yellow Jackets’ Jan. 22 men’s basketball home game. The Georgia Tech team will battle Notre Dame’s Fighting Irish for the hoops amid element cards, games, and prizes to celebrate 2019, the International Year of the Periodic Table of the Chemical Elements.

Born 150 years ago, the periodic table is one of the most important and recognizable tools of science. To celebrate the table’s staying power, the United Nations proclaimed 2019 as the International Year of the Periodic Table of Chemical Elements.

At Georgia Tech, the College of Sciences is leading an all-year-round celebration, #IYPT2019GT. It has partnered with other units to engage students, faculty, and staff in reconnecting with the periodic table, through athletics, art, and academics.

Kicking off the celebration is “The Periodic Table at Georgia Tech vs Notre Dame” men’s basketball match on Jan. 22. Partnering with Georgia Tech Athletics, the College of Sciences will bring #IYPT2019GT to McCamish Pavilion. Fans will have a chance to play games with the periodic table and element cards featuring the Yellow Jackets basketball team and Georgia Tech researchers. Prizes await lucky winners.

"This kick-off event for Georgia Tech's year-long celebration of the periodic table is a great opportunity to bring chemistry to the public's attention and to illustrate its relevance to all of us – scientists, sports fans, and athletes," says David Collard, the College of Sciences' interim dean.

“Georgia Tech Athletics is proud to partner with the College of Sciences to celebrate the 150th anniversary of the periodic table of elements,” Director Todd Stansbury says. “Such a collaboration is uniquely ‘Georgia Tech,’ as we offer our student-athletes the opportunity to compete at the highest level of collegiate athletics, while they receive an education at one of the nation’s leading research universities. We celebrate this combination, as it has proven to produce young people who change the world.”

Brief History of the Periodic Table
Using a set of notecards à la classic card game solitaire, Russian chemist Dmitri Mendeleev sorted and resorted the cards, each representing one element, trying to find a pattern using the elements’ weights and properties. He cracked the code after several sleepless days.

For decades before Mendeleev, scientists had been searching for patterns in the elements. Many other arrangements had been proposed, including one cylindrical design. Mendeleev succeeded where others failed – his table correctly placed more elements than any other.

Critically, too, Mendeleev’s table left gaps for elements yet to be discovered. His table included just over 50 elements, and it wasn’t imminently clear: Were there more elements? How many?

Major changes to Mendeleev’s design occurred as more elements were discovered. For example, the discovery of the noble gases in the 1890s led to the addition of an entirely new column (also called a group). The lanthanides and actinides, those two rows (or periods) at the bottom, were placed below the existing table to retain its basic shape. The periodic table is still being updated to this day: elements 113, 115, 117, and 118 were added in November 2016.

#IYPT2019GT Activities and Events
Every week, the School of Chemistry and Biochemistry will highlight two elements in social media through videos and haikus. And every month, a student, faculty, or staff will expound on a favorite element in a short video.

In February, the Frontiers in Science Lecture Series on the periodic table will commence. Lectures will explore topics from the origin of the chemical elements to the economic, societal, and geopolitical consequences of elements yet undiscovered or in scarce supply. Among the lecturers is bestselling author Sam Kean. His book “The Disappearing Spoon” reveals the periodic table as a treasure trove of passion, adventure, betrayal, and obsession.

Here is a partial list of events. Full information is available at periodictable.gatech.edu. 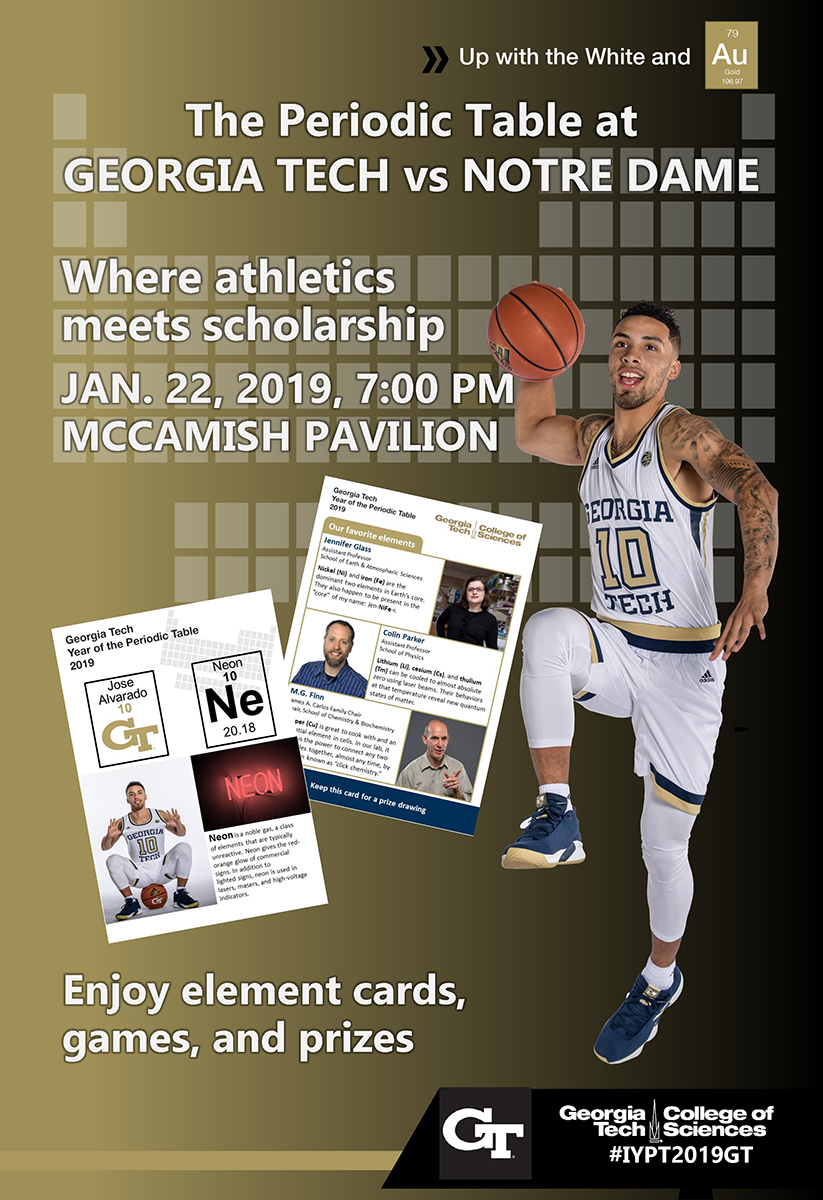 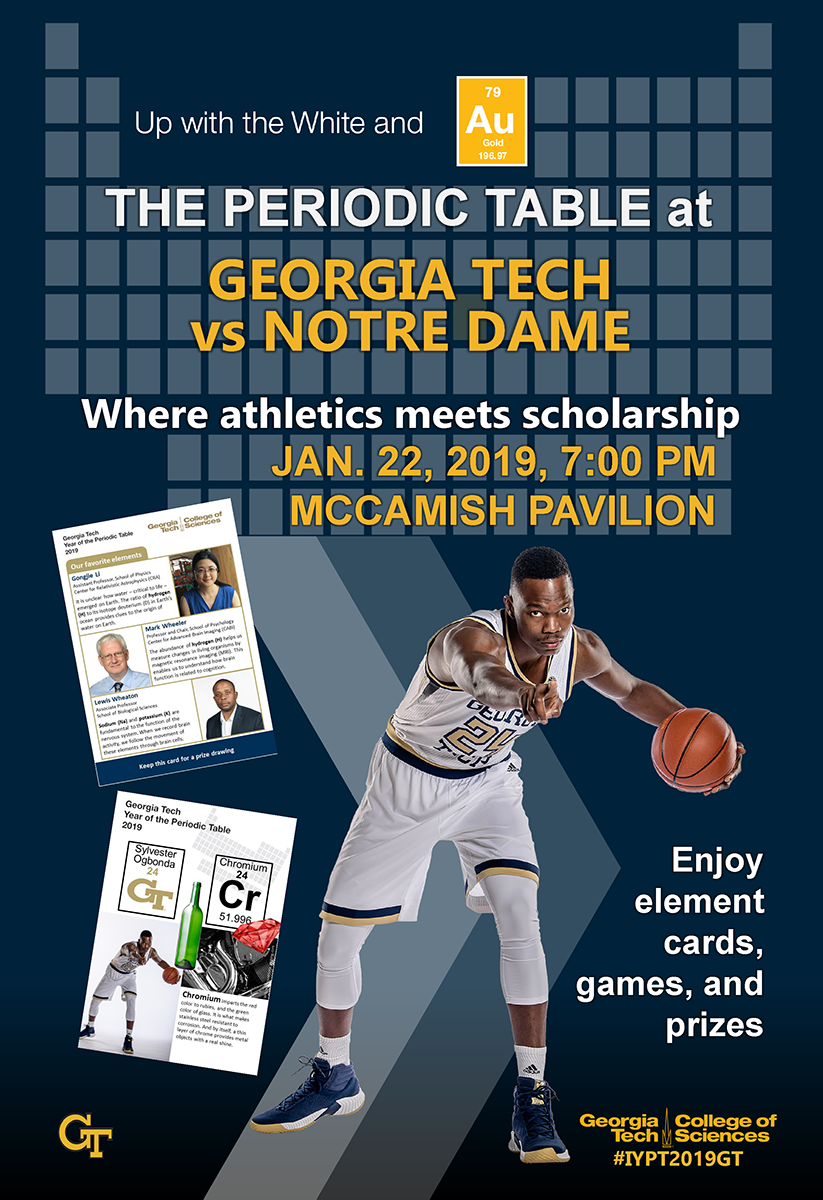