Discoveries could lead to exotic materials

In the lab of Colin Parker in the Howey Physics Building, certain atoms are cooled to ten-thousandth of a degree above absolute zero (0 kelvin). Parker accomplishes this feat with equipment laid out on a surface that is similar in size to about four eight-seat rectangular dining tables laid side by side. Cables and wires and lasers and vacuum lines crisscross the platform, keeping a few million ultracold atoms suspended in a vacuum chamber about eight cubic inches in volume.

Thus begins Parker’s adventure into the land of ultracold atomic Kondo impurities. The atoms need to get down to a millionth of a degree above 0 kelvin before Parker could start experiments to discover the nature of Kondo impurities. A three-year, $450,000 Air Force Office of Scientific Research Young Investigator Award makes possible Parker’s journey, which commenced in December 2017.

Kondo impurities are magnetic contaminants embedded in a metal crystal that cause a unique behavior as the metal cools. When electrons hit the impurity, they bounce off, the rebound sometimes accompanied by a change in the electron’s internal state. As the metal cools to lower and lower temperatures, the internal-state flipping occurs at increasing probability. Eventually, the metal cools to a point when all the electrons bouncing off the impurity undergo an internal-state flip.

Strange things happen at ultracold temperatures, when thermal energy is removed from a system and what remains is only the intrinsic energy of the particles in it. So-called quantum systems are the subject of intense curiosity, because of the interesting materials they have yielded.

“Quantum systems have led to materials that we use, including the materials in computer hard drives,” says Parker, an assistant professor in the School of Physics. Other examples are high-temperature superconductors, which conduct electrical current without resistance at operational temperatures higher than those of traditional superconductors, and heavy fermion materials, in which electrons appear to be hundreds of times as massive as normal electrons. “It’s possible they will turn up things we can use to make maglev trains,” Parker says.

The Kondo effect refers to the formation of a cloud of electrons screening a magnetic impurity. It is known to lead to high resistivity at low temperatures. Why all these things happen is what Parker wants to find out.

Parker will use a simulation approach to discover the inner workings of the Kondo effect. Instead of studying materials directly, Parker will use atoms to make inferences about the materials. Cesium will stand-in for the magnetic impurity, and lithium will take the role of the electrons hitting and then bouncing off the impurity.

“The advantage with atoms is that we can measure a lot of things that would be tough to measure with solid materials,” Parker says. “To measure on the time scale for an electron to move from one atom to neighbor is extremely difficult. In our system, things move more slowly and they are farther apart.” With the quantum simulation system, Parker could also easily set different experimental conditions and observe the consequent outcomes.

“We’re only just starting to get to understand how to use superconductors and other exotic quantum materials in technology,” Parker says. “Down the road, we can imagine applications in quantum computing. Another thing would be sensors. Really far out but possible, the physics we uncover could have major implications for the power grid.” 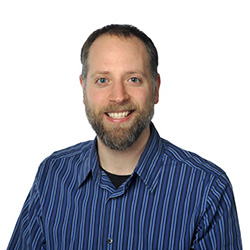