Advancing our understanding of atmospheric aerosols

Georgia Tech has selected Nga Lee (Sally) Ng to receive the 2019 Outstanding Achievement in Early Career Research Award. Ng is an associate professor with joint appointments in the School of Earth and Atmospheric Sciences and the School of Chemical and Biomolecular Engineering.

The award recognizes early-career faculty who have made significant discoveries or advancements in their research that visibly impact society or one or more scholarly communities.

Ng studies the formation, evolution, and health effects of organic aerosols in the environment. Aerosols are small particles that float in air and appear as haze in a polluted environment. They change the energy balance of the planet and deposit on the linings of human lungs. Understanding their formation and evolution is important for climate science, air quality, and public health.

In recent years, Ng has established a research group at the cutting edge of aerosol science. She is well-known for the ability to analyze complicated data from field and laboratory studies. She pioneered a now-common method of plotting the composition of atmospheric aerosols – called Sally’s Triangle.

Her scientific impact is evident in her publication record: more than 100 publications in her career so far. Her work from Georgia Tech alone has been cited more than 10,000 times. She now receives more than 2,000 citations each year. She was on the list of Highly Cited Researchers, compiled by Clarivate Analytics Web of Science, in 2017 and 2018.

“At Georgia Tech, we have a large group of researchers working on aerosols and air quality in multiple schools, including Chemical and Biomolecular Engineering, Earth and Atmospheric Sciences, and Civil and Environmental Engineering. This award reflects the collective strength of the aerosol research community here."

A recent example of her work is measurement of atmospheric aerosols in Alabama and Georgia. The atmosphere in southeastern U.S. is particularly complicated because trees in the area emit large volumes of organic materials. Previous studies have shown that a lot of those tree emissions end up as aerosols.

Ng’s work showed that the amount of organic materials in aerosols from trees in the southeastern U.S. is controlled by human-caused emissions of other compounds such as nitrogen oxides and sulfur dioxide. The finding explained the decrease of aerosols in southeastern U.S. after sulfur emissions from power plants were reduced by regulations.

“I am humbled to receive this honor,” Ng says. “At Georgia Tech, we have a large group of researchers working on aerosols and air quality in multiple schools, including Chemical and Biomolecular Engineering, Earth and Atmospheric Sciences, and Civil and Environmental Engineering. This award reflects the collective strength of the aerosol research community here.

“It’s wonderful to have such an intellectually stimulating and collaborative environment to conduct research in aerosol science. I am grateful for the constant support of my colleagues and collaborators and the amazing students and postdocs with whom I have worked over the years.” 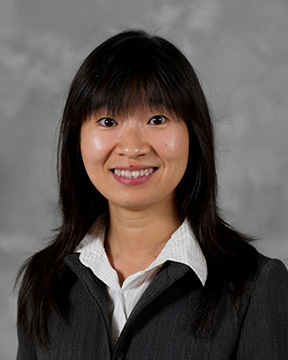