A revolutionary, transformative method for editing genes — promising a possible end to certain diseases. Groundbreaking work done decades ago by a School of Physics professor emeritus to eventually help prove the existence and structure of black holes. The discovery of an extremely big black hole quietly hidden at the center of our own galaxy.

Those are a few of the developments celebrated this month by the Royal Swedish Academy of Sciences, as they handed out the 2020 Nobel Prizes for Chemistry and Physics on October 6 and 7. This year, three of the five scientists honored as Nobel laureates in Chemistry and Physics are women.

Additionally, the scientific background provided by the Royal Swedish Academy for this year's Physics prize includes acknowledgement of the work done on formulas that proves the science behind black holes by a late professor emeritus from the Georgia Tech School of Physics, David Ritz Finkelstein (1929-2016). The College of Sciences' annual "Bold Ideas in Physics" lecture series was established to celebrate and honor Finkelstein and his many contributions to the Institute, the field of physics, and beyond.

Here’s what Georgia Tech College of Sciences faculty and researchers had to say about the annual honors:

From the Royal Swedish Academy of Sciences press release: “Emmanuelle Charpentier and Jennifer A. Doudna have discovered one of gene technology’s sharpest tools: the CRISPR/Cas9 genetic scissors. Using these, researchers can change the DNA of animals, plants and microorganisms with extremely high precision. This technology has had a revolutionary impact on the life sciences, is contributing to new cancer therapies, and may make the dream of curing inherited diseases come true.”

This is a fantastic prize for chemistry. The basic science underpinning CRISPR-Cas9 gene editing technology is being recognized for its current value and future benefits.

Jennifer Doudna and Emmanuelle Charpentier discovered CRISPR-Cas9 only in the last decade, collaborating across the Atlantic Ocean to uncover the natural ability of bacteria to deflect viral infection by snipping out viral genetic material when it infiltrates bacterial genomes.

The gene-snipping system, CRISPR-Cas9, turns out to be enormously useful for modifying genes of many types, not just viral genes within bacterial genomes. It allows scientists to directly manipulate genes and gene expression, so that we can test the biological functions of specific genes in humans, other animals, and plants. And CRISPR-Cas9 allows scientists to tune cells by adding and subtracting pieces of genetic material, which changes the properties of these cells. This technology is expected to lead to cures for diseases and new products.

It’s also the first time that two women have been simultaneously recognized with the Nobel Prize in Chemistry. The Doudna-Charpentier team is a great example to scientists all over the world of what women are achieving by following their scientific dreams.

From the Royal Swedish Academy of Sciences press release: “Roger Penrose used ingenious mathematical methods in his proof that black holes are a direct consequence of Albert Einstein’s general theory of relativity. Einstein did not himself believe that black holes really exist, these super-heavyweight monsters that capture everything that enters them. Nothing can escape, not even light.

In January 1965, ten years after Einstein’s death, Roger Penrose proved that black holes really can form and described them in detail; at their heart, black holes hide a singularity in which all the known laws of nature cease. His groundbreaking article is still regarded as the most important contribution to the general theory of relativity since Einstein.

Reinhard Genzel and Andrea Ghez each lead a group of astronomers that, since the early 1990s, has focused on a region called Sagittarius A* at the centre of our galaxy. The orbits of the brightest stars closest to the middle of the Milky Way have been mapped with increasing precision. The measurements of these two groups agree, with both finding an extremely heavy, invisible object that pulls on the jumble of stars, causing them to rush around at dizzying speeds. Around four million solar masses are packed together in a region no larger than our solar system.

Using the world’s largest telescopes, Genzel and Ghez developed methods to see through the huge clouds of interstellar gas and dust to the centre of the Milky Way. Stretching the limits of technology, they refined new techniques to compensate for distortions caused by the Earth’s atmosphere, building unique instruments and committing themselves to long-term research. Their pioneering work has given us the most convincing evidence yet of a supermassive black hole at the centre of the Milky Way.”

The news that the 2020 Nobel Prize in Physics was awarded to Roger Penrose, Andrea Ghez, and Reinhard Genzel for their work on black holes piqued the interest of many who find black holes fascinating. Among these, the scientific community that researches the nature of black holes was particularly abuzz with excitement. This is because our colleagues received an important and well-deserved recognition for their unique and impactful contributions.

It is also because this vibrant research area continues to deliver important scientific discoveries that recently include the LIGO (Laser Interferometer Gravitational Wave Observatory) observations of gravitational waves from merging black holes of stellar origin, which received the 2017 Nobel Prize in Physics; the first-ever image of a black hole shadow obtained by the Event Horizon Telescope in 2019, and many others.

This Nobel Prize nicely illustrates how physicists combine visionary theoretical work (Penrose) with groundbreaking astronomical observations (Ghez and Reinhard) into a process of scientific discovery. It is also notable because Andrea Ghez is only the fourth woman to become a Nobel laureate in physics. I cannot imagine a more deserving scientist or a better person to represent the community of women researchers working on black holes today.

With eyes always fixed on the future, this scientific community is now actively preparing for the first detection of gravitational waves from inspiraling and colliding supermassive black holes, expected to happen in the next few to 15 years. Are these discoveries also going to be of Nobel Prize caliber? This is impossible to forecast, but here is what is not: the future of researching black holes seems bright.

Decades ago, the deep mathematical insight from Penrose revolutionized how we study space-time around black holes. This set the groundwork for the pioneering work of Ghez and Genzel, who used infrared astronomy to peer deep into the galactic center.

I'm always amazed when I watch Ghez's movies of stars zipping around some unseen massive object, which we now know to be a massive black hole. Showing her movies in my astrophysics classes is the highlight of the lecture discussing the evidence for black holes. The clarity of these movies easily convey the evidence to the public and future scientists, seeing a cosmic dance between a black hole and nearby stars.

Ghez is only the fourth woman out of 216 scientists to receive the Physics Nobel Prize. I hope the Nobel committee recognizes the work of women scientists more often in the future.

The Royal Swedish Academy of Sciences released a scientific background paper along with its press release announcing the Nobel Prize in Physics. That paper includes mention of former School of Physics Professor Emeritus David Finkelstein, who died in 2016.

The mention comes in the section titled “The Schwarzschild Metric,” which explains German astronomer Karl Schwarzschild’s efforts in the early 20th century to prove Albert Einstein’s theory of general relativity.

Schwarzchild and others were working with Einstein’s famous field equations, and some came up with other possible explanations for general relativity, Einstein’s explanation for how gravity can curve space-time.

In 1958, Finkelstein was the first to posit the theory of an “event horizon,” or point of no return within a black hole. As Physics.org puts it, Finkelstein “described this boundary around a black hole as the perfect unidirectional membrane. It's an intangible surface encapsulating a sphere of no return. Once inside this sphere, the gravitational pull of the black hole is too great to escape – even for light.”

And as the Royal Swedish Academy put it: Only much later, through the work of David Finkelstein in 1958, the importance of different coordinate systems was fully understood (Finkelstein 1958). 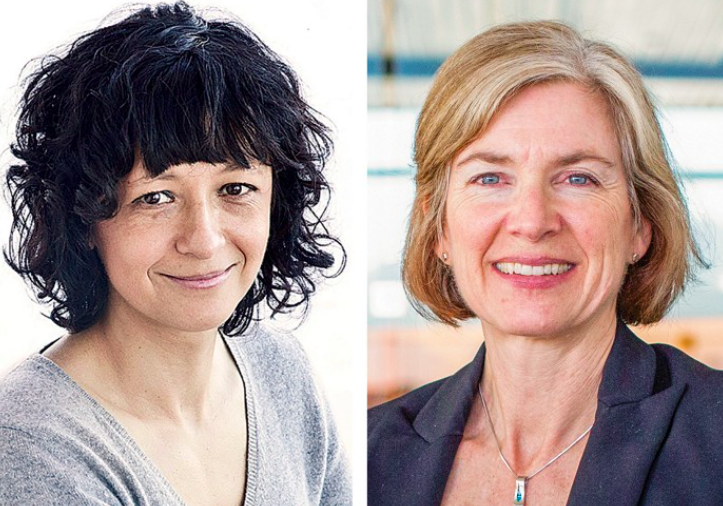 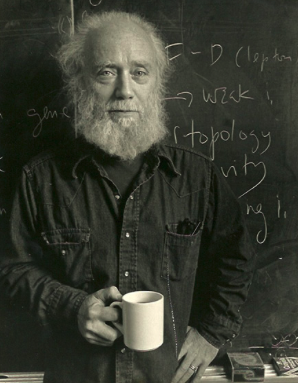