For some distant worlds, CO may indicate a robust microbial biosphere

Editor’s Note: This story was adapted from a March 18, 2019, press release by the University of California, Riverside.

Carbon monoxide (CO) detectors in our homes warn of a dangerous buildup of that colorless, odorless gas we associate with death. Astronomers, too, have assumed that a build-up of CO in a planet’s atmosphere would be a sure sign of lifelessness. Now, researchers from the University of California, Riverside (UCR) and Georgia Tech are arguing the opposite: celestial CO detectors may alert us to distant worlds teeming with simple life forms.

“With the launch of the James Webb Space Telescope two years from now, astronomers will be able to analyze the atmospheres of some rocky exoplanets,” said Edward Schwieterman, the study’s lead author and a NASA Postdoctoral Program fellow in UCR’s Department of Earth Sciences. “It would be a shame to overlook an inhabited world because we did not consider all the possibilities.”

In a study published on March 15, 2019, in The Astrophysical Journal, the researchers used 1-D ecosphere-atmosphere and photochemical models to identify two intriguing scenarios in which CO readily accumulates in the atmospheres of living planets.

In the first scenario, the team found answers in our own planet’s deep past. On the modern, oxygen-rich Earth, CO cannot accumulate because it is quickly destroyed by chemical reactions in the atmosphere. But three billion years ago, the world was a different place. The oceans teemed with microbial life, but the atmosphere was nearly devoid of oxygen, and the sun was much dimmer.

The team’s models reveal that this ancient version of inhabited Earth could maintain CO levels of roughly 100 parts per million (ppm)—several orders of magnitude greater than the parts-per-billion traces of the gas in the atmosphere today.

“That means we could expect high carbon monoxide abundances in the atmospheres of inhabited but oxygen-poor exoplanets orbiting stars like our own sun,” said Timothy Lyons, one of the study’s co-authors, a professor of biogeochemistry in UCR’s Department of Earth Science, and director of the UCR Alternative Earths Astrobiology Center. “This is a perfect example of our team’s mission to use the Earth’s past as a guide in the search for life elsewhere in the universe.”

A second scenario is even more favorable for the buildup of CO: the photochemistry around red dwarf stars like Proxima Centauri, the star nearest our sun at 4.2 light years away. The team’s models predict that if a planet around such a star were inhabited and rich in oxygen, then we should expect the abundance of CO to be extremely high—anywhere from hundreds of ppm to several percent.

Implications for the Search for Extraterrestrial Life

“This has some really interesting implications for the upcoming James Webb Space Telescope mission, because planets around red dwarf stars also favor the buildup of methane even when oxygen is high,” said Christopher Reinhard, second author of the study, assistant professor in the School of Earth and Atmospheric Sciences, and institutional principal investigator of the Alternative Earths Astrobiology Center. “Because James Webb is unlikely to be able to detect evidence of oxygen directly, in the near term, the presence of significant CO might actually be our best bet at indirectly fingerprinting oxygenated atmospheres.”

Earth-sized, rocky planets have been discovered orbiting in the habitable zone of Proxima Centauri and other similar stars, meaning they could harbor liquid water, an essential ingredient for life. Such planets are likely targets for further characterization by the James Webb Space Telescope, scheduled for launch in March 2021.

The current study is one component of a broad effort to prepare for these future missions by cataloguing different combinations of atmospheric gases that might be evidence of an inhabited world—so-called biosignature gases. Some gases, such as CO, had been proposed previously as ‘antibiosignatures’— evidence that a planet is not inhabited —if remotely detectable at sufficient abundance. But those assumptions only apply in specific cases.

“Although other studies have done exoplanet photochemical modeling that includes carbon monoxide, no one had focused on carbon monoxide on Earth-like exoplanets in such a systematic way,” Schwieterman said. “Now we have a guidebook for determining what levels of carbon monoxide are compatible with a photosynthetic biosphere.”

In addition to Schwieterman, Lyons, and Reinhard, the paper’s authors are Stephanie Olson, a former UCR graduate student and now a postdoctoral fellow at the University of Chicago; Kazumi Ozaki, a former NASA Postdoctoral Program fellow at Georgia Tech and now at Toho University, in Japan; Chester E. Harman from Columbia University; and Peng K. Hong from Chiba Institute of Technology, in Japan.

This project was funded by the NASA Astrobiology Institute. 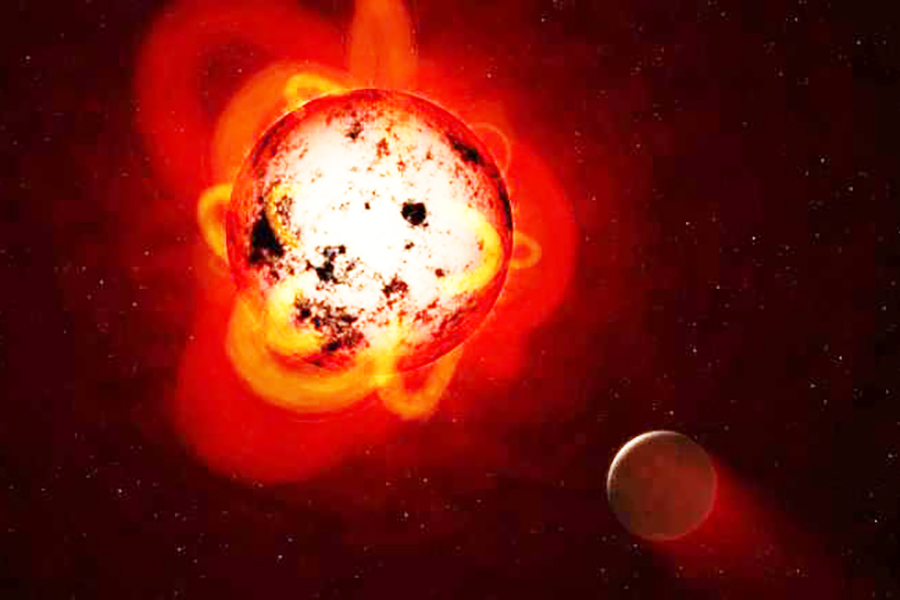 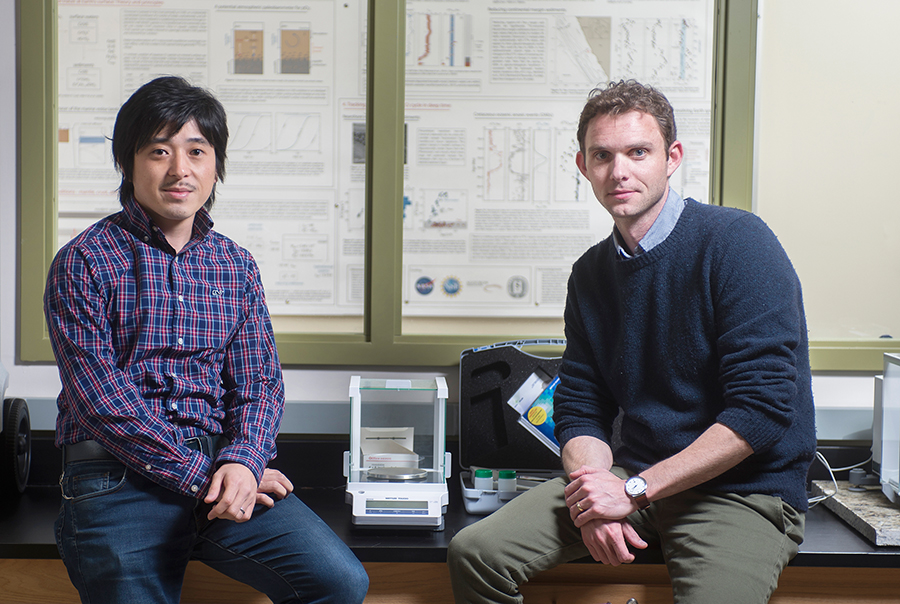