A Flair for Science

Beneath Benjamin Breer’s youthful mien is an accomplished researcher

When Benjamin Breer talks about his research, his statements are peppered with energetic verbs: ions bounce between magnetic poles, solar wind particles gyrate, current sheets sweep up and over, plasma slams against the moon. He gesticulates, as his action-packed narrative unfolds. Behind his eyeglasses, his eyes glisten with excitement. He clearly delights in his work.

Breer is a second-year student doing a double major in physics and aerospace engineering. Last summer, while still a first-year student, he submitted his first first-author paper – “Energetic Ion Dynamics in the Perturbed Electromagnetic Fields near Europa” – to the Journal of Geophysical Research: Space Physics, which published the work on Sept. 6.

The findings have significance for missions to search for life on Europa, a moon of Jupiter that is high on NASA’s list of places outside Earth to explore for life. The paper is likely to be the first of many scientific reports from Breer, who says, “I always feel like there is something else to be discovered.”

The work on Europa paints a picture of its surface that is different from what scientists have assumed. As Breer explains, the surface of Europa is shaped by the ionized particles – or plasma -- from Jupiter slamming on the moon. Scientists have thought that the moon simply received all the plasma punches.

What the new study shows is that not all the punches land. Some are deflected by a slide-like magnetic field surrounding the moon, which Breer and his coauthors discovered is being induced by Jupiter. This phenomenon, called plasma deflection, means that not all energetic ions hurtling from Jupiter to Europa actually hit the moon’s surface.

Plasma deflection had not been considered before when studying the energetic ion dynamics near Europa. Instead of the moon enduring a uniform onslaught of high-energy particles on its surface, the new work indicates that deflection of some particles leaves some surface areas unaltered. Breer and his coworkers suggest that Europa’s equatorial regions are largely shielded from plasma attacks and thus unaltered.

NASA should be sending search-for-life probes to those unaltered areas, Breer says. “We don’t want to land on the sterile surfaces, where energetic ions have penetrated. When energetic ions hit the surface, they ionize surface material. Because they are traveling at very high speeds, they don’t just stay on the surface; they penetrate through the matter beneath. That would destroy evidence of life: biosignatures.”

Breer graduated from the Gwinnett School of Mathematics, Science, and Technology. He got interested in science and mathematics during middle school when in science class he watched a video of renowned physicist Richard Feynman reporting on the investigation of the 1986 Challenger disaster.

Breer recalls that Feynman went to an auto parts store in Washington, D.C., before the committee convened. He bought an O-ring, a piece of rubber whose failure caused the disaster, which killed all crew members. Feynman showed that the O-ring could not maintain a tight seal when placed in cold water. The Challenger launched at unusually cold conditions on Jan. 28, 1986.

“I just saw a scientist destroy everyone’s arguments using real evidence,” Breer says. “It got me thinking: What a way to follow facts! What a way to follow the research and pinpoint, out of a million parts, the single point of failure of a disaster that unfortunately claimed the lives of seven people. That’s why I got really interested in science.”

Near the end of his eighth grade, Breer says, his science teacher encouraged him to study physics. He followed the advice.

Since he was 16 years old, Breer has worked with the group of Sven Simon, an associate professor in the Georgia Tech School of Earth and Atmospheric Sciences. At the time, Breer ran numerical models of physical processes at Jupiter’s four largest moons, the so-called Galilean satellites. This earlier research was the basis of Breer’s success in prestigious science competitions.

“Now I think of everything with a physics perspective,” he says. “I think about breaking things down on a problem-by-problem basis. There are always sub-problems to a big problem. This problem-solving strategy, this essence of trying to define and describe nature, is something I’ve been intrigued with ever since.”

When Breer enrolled at Georgia Tech, he continued to do research in Simon’s lab. Last summer, Breer applied and received a Georgia Tech President’s Undergraduate Research Award (PURA) to fund his full-time research on the energetic ion dynamics near Europa. Soon, he took the lead on the simulation and analysis part of the project.

On Breer being the lead author of the paper, Simon says, “Ben simply put way more time and effort into the project than any of the other contributors, including me. He essentially spent his entire summer in the lab, working on this.”

One of those questions is: Could we map the places where Europa’s surface is unaltered from energetic ion radiation at all points along Europa’s orbit around Jupiter? When he asked Simon and Lucas Liuzzo, then a postdoctoral researcher in Simon’s group, “they looked at each other and said, ‘you’re describing a Ph.D. project for a position we are waiting to fill.’”

As Breer grows in his research endeavors, he aspires to combine physics and aerospace engineering to work on electric spacecraft propulsion systems and space system design, as well as address the problem of spacecraft re-entering atmospheres. “When a spacecraft re-enters any atmosphere that’s dense enough, you have plasma generating around the spacecraft,” Breer says. “That’s why we have heat shields. Modeling this plasma flow about spacecraft and trying to protect spacecraft systems – those are areas of research I can see myself doing down the road.

“I finally found this niche for me, this cross-sectional area between plasma physics and magnetosphere physics and spacecraft system design. It’s a big area. I’m narrowing it day by day. I think this is really my calling.”

In December, Breer will present his work at the fall meeting of the American Geophysical Union, in San Francisco, again with funding from PURA.

Breer is only 19 years old. 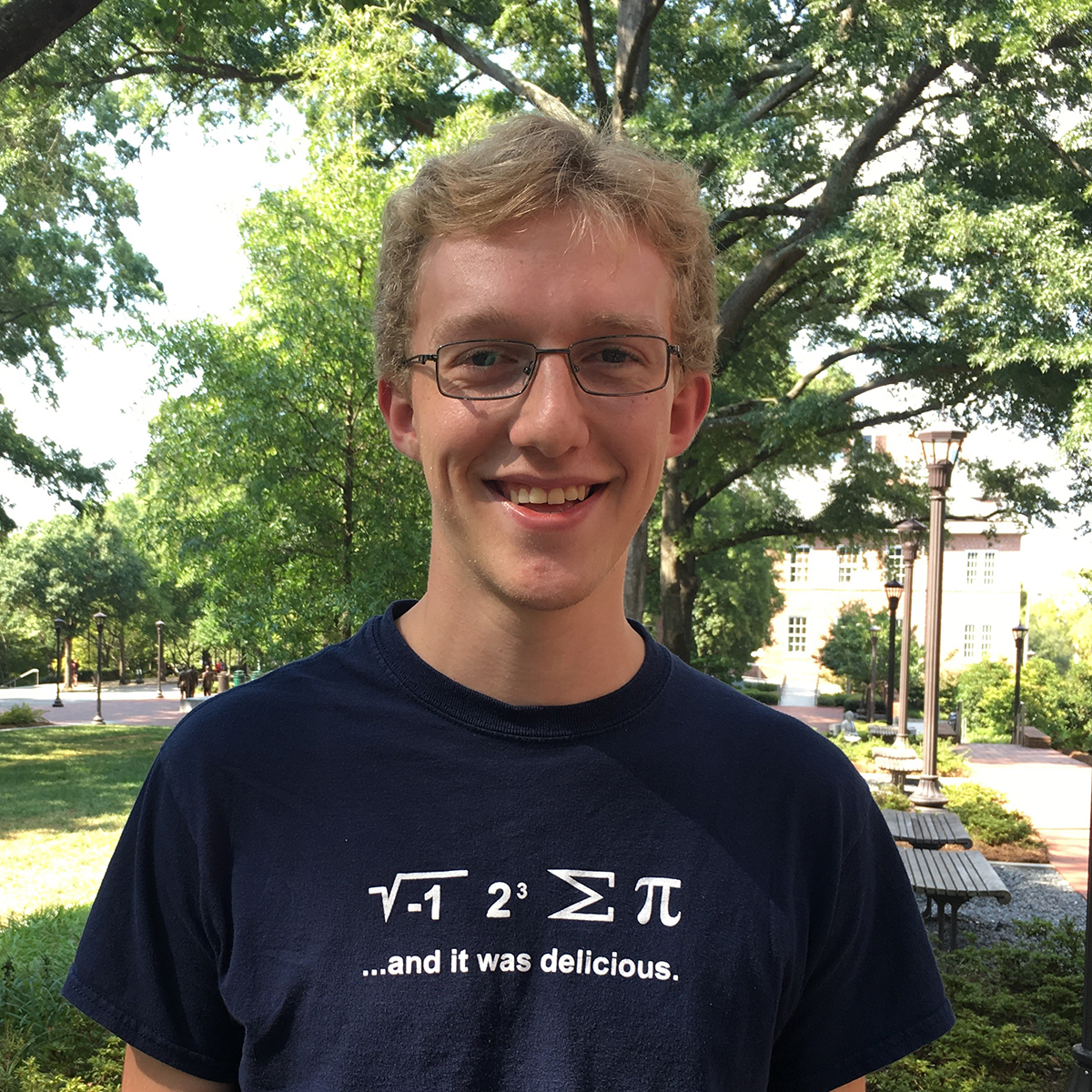 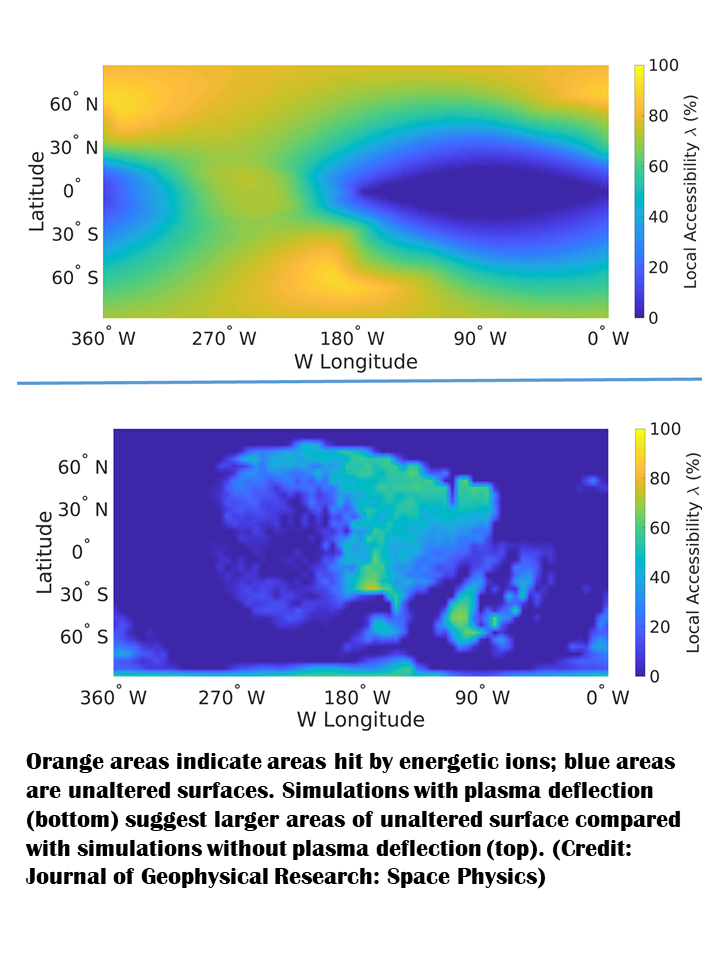