It’s a famous “Star Wars: Episode IV” scene, so famous it has its own internet meme: Luke Skywalker mistakes the Death Star for a moon, but Obi-Wan Kenobi corrects him, accompanied by an ominous stab of John Williams’ music: “That’s no moon.”

Billy Quarles, research scientist in the School of Physics and member of Georgia Tech’s Center for Relativistic Astrophysics (CRA), couldn’t resist the comparison when preparing a summary of new research on exomoons he conducted with fellow School of Physics colleague, assistant professor Gongjie Li, also a member of the CRA.

“Decades later, life imitates art where one frontier in astronomy is to detect a moon orbiting an exoplanet, or exomoon,” Quarles says in his summary of their work, to be published this month in Astrophysical Journal Letters and co-authored with Marialis Rosario-Franco, a Ph.D. candidate at the University of Texas at Arlington.

Their letter establishes a framework for finding out whether exoplanets might have moons, and they had a chance to test that on the work of two Canadian astronomers who say there may be moons orbiting six exoplanets discovered with the Kepler Space Telescope.

Quarles’ and Li’s results? To paraphrase Obi-Wan, when it comes to four of the six exoplanets, those aren’t exomoons.

Exoplanets are planets found outside our solar system. Telescopes couldn’t capture their image, so science had to wait for 1990s-era technology before confirming their existence. If moons of these planets do exist, they’re the ones now waiting for their moment in the scientific spotlight.

Exoplanets were first confirmed with improvements to measurements of radial velocity, which is the gravitational relationship between star and planet. “It seems that the detection of exomoons are waiting for a similar technological advance,” Quarles says.

The Kepler Space Telescope was launched in 2009 with the mission of finding exoplanets. Any stars found by it that may be harboring exoplanet candidates are first called Kepler Objects of Interest (KOI).

“They deduced the possible existence of exomoons by carefully measuring the difference in transit times for these exoplanets, where variations can indicate the presence of unseen bodies,” Quarles says. Transits are when a planetary body crosses in between a larger body and whomever is doing the observing.

“They found variations and alerted the astronomical community.  Since they could not confirm the exomoons directly, Fox and Wiegert admit that nearby planets could also be responsible for those variations, where the planet is tilted just enough relative to us so that it does not transit its host star,” he says.

All this is why exomoons “are on the frontier of detectability using current technologies, and theoretical constraints should be considered in their search,” Quarles says.

Of orbital stability and tidal migration

Before Quarles, Li, and Rosario-Franco started looking into those KOIs, “famed exomoon hunter” David Kipping from Columbia University examined the Canadian’s findings. (Kipping has been looking for exomoons for a decade and started taking up that quest as a graduate student, hence his unofficial “famed exomoon hunter” title from Quarles.)

Kipping found no compelling evidence for exomoons of the six exoplanets, basing his results on exoplanet transit times, whether smaller signals were embedded in the exoplanet signal, and whether those embedded signals could be explained by exomoons. Yet Quarles says his results identified limits on the separation between the exoplanet and a potential exomoon, as well as a limit on the exomoon’s mass as a fraction of the exoplanet’s mass.

Quarles’ team zeroed in on the possible theoretical constraints for these systems. “Could they (exomoons) exist physically? Four (candidate systems) of the six could not, two of the six are possible but the signature they produced aren’t produced by the data. Those two probably aren’t moons.”

Determining factors for Quarles, Li, and Rosario-Franco are orbital stability and tidal migration. The first relies on the fact that “all these things (celestial bodies) are made of matter, and they interact gravitationally with each other.” A sort of gravitational balance is kept; too close to the host star and the moon would go flying away from its planet, for example. His team found that the exoplanets orbit close to their host stars, and orbital stability doesn’t likely allow the presence of exomoons.

Tidal migration refers to the forces buffeting the planet because of a moon’s impact on tides. “Our moon causes tides on the earth, and so we experience tides to the ocean because it’s the biggest source of fluid the earth has on its surface,” Quarles says. “The water hitting the sides of our continents slows down earth’s rotation a bit. As soon as it does, this causes the moon to drift away at a certain rate.” (Don’t worry; by the time our moon gains enough momentum to escape Earth orbit, the sun’s radius will have expanded enough to roast both celestial bodies first, Quarles says.)

His team also uses models to determine if the tidal migration of the moons of the KOIs are causing them to drift away from the host planet. That data is combined with the age of the host star. The team found the four out of six systems would either tidally disrupt their exomoons, or lose them to outward migration within the system lifetimes.

What exomoons teach us about planets

Study any moon within the solar system, and you’ll find chapters from the story of our universe, often written in bold strokes, Li says.  “The moons tell us the formation history of the solar system. For instance, Earth’s moon reveals to us a possible collision between the Earth and another small-sized planet, which produced the moon from the giant impact.”

The search for exomoons outside our solar system could also be a part of the search for life elsewhere. “The discovery of rocky exomoons in the habitable region around gaseous giant planets would provide valuable candidates for habitable worlds,” Li says.

“A lot of the things we learned about Jupiter’s interior is due to watching the orbital motions of Galilean satellites,” Quarles adds. But to extend that knowledge to exoplanets would probably have to involve 30-meter telescopes, equipped with high contrast adaptive optics and new coronagraph telescopic attachments, all supposedly coming over the next decade.

In any event, “the research over the past few months shows how tentative the detections of exomoons can be, and how much we should pay heed to Obi-Wan’s warning,” he says, adding that the particular “moon” in “Star Wars” wasn’t a space station either. 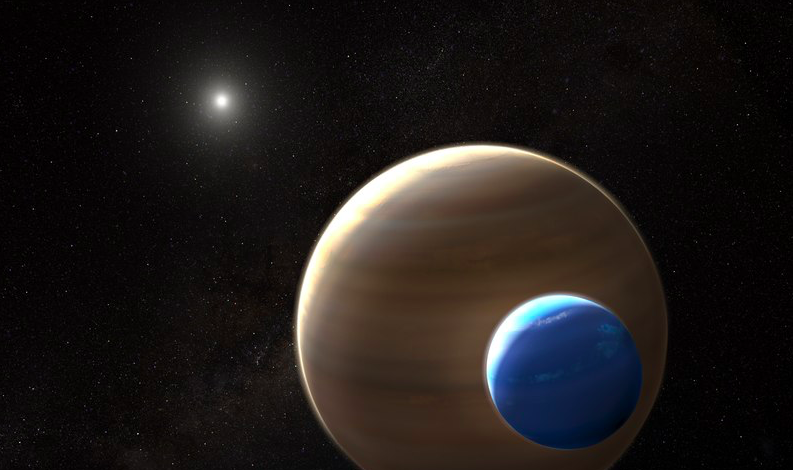 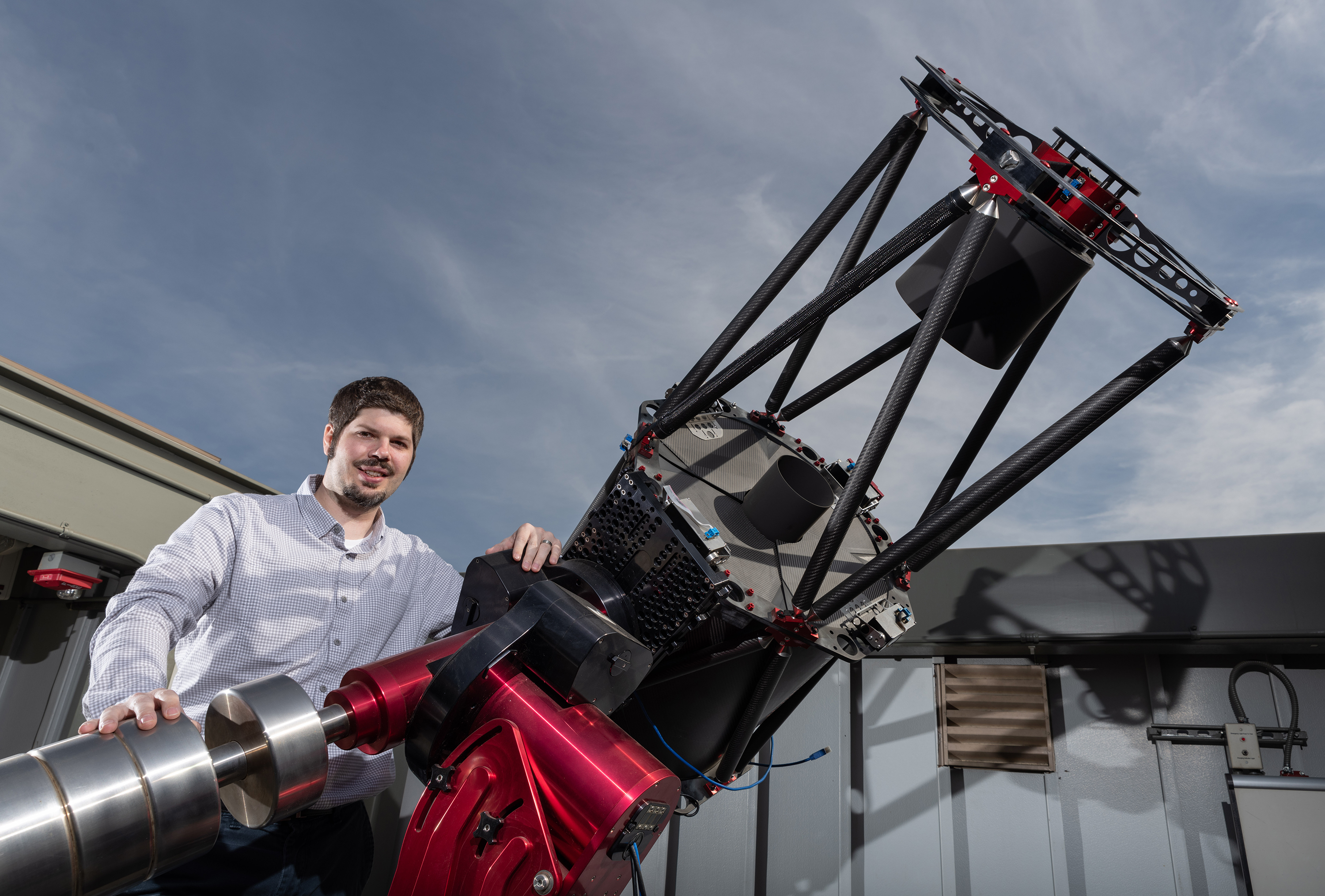 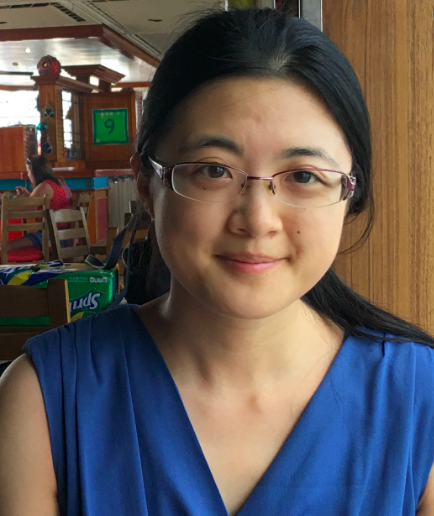