On the heels of the 2019 Ig Nobel Prize in Physics, two more awards have been bestowed on David Hu, professor in the Schools of Mechanical Engineering and of Biological Sciences, adjunct professor in the School of Physics, and researcher in the Petit Institute for Bioengineering and Bioscience. The American Institute of Physics (AIP) selected Hu as co-winner of the book award for its 2019 Science Communication Awards. Organizers of China’s Pineapple Science Prizes have named Hu this year’s winner of the physics prize.

Hu’s “How to Walk on Water and Climb Up Walls,” published by Princeton University Press, is one of two winners of AIP’s 2019 book award. “Hu’s book explores the astounding diversity and versatility of animal locomotion and how engineers are inspired by it as they design robotics. His team discovered how dogs shake dry, how insects walk on water, and how eyelashes protect the eyes from drying,” AIP said in a press release.

“A lot of people ask me where I get my ideas. I like to study things that relate to everyday life,” Hu told AIP. “I get inspiration from raising my children. From a diaper change with my son, I was inspired to study urination. From watching my daughter being born, I was inspired by her long eyelashes.”

According to AIP, “Judges praised Hu’s book for featuring an interdisciplinary group of scientists working the front lines of their fields.”

“I am honored to receive this award and to join the line of science communicators who have been recognized since the 1960s,” Hu says. “I was diligent about getting a diverse representation of scientists in my book, and I interviewed more than 30 scientists over three years to get that feeling. I think it takes a range of approaches to understand nature, and I wanted to convey that to the reader.”

In 2015, Hu received the Pineapple Science Prize in physics for the work “Mosquitoes survive raindrop collisions by virtue of their low mass.” The insects “have extremely strong exoskeletons and are good at tai chi, dropping a little with the raindrop to discharge the force,” Hu said at the time.

The discovery explains how small insects such as mosquitoes survive outdoors where air is moving fast or heavy rain is pouring. The finding suggests that the smaller an organism is, the stronger it is, Hu said. “They have some unforeseen advantages that really can't get destroyed even if you hit [them] very hard."

In 2016, Hu won again, this time in biology, for the work “Cleanliness is next to godliness,” about the mechanisms animals use to keep clean. In particular, why do flies rub their legs? They use the hair on their legs to brush off the dirt on their bodies. This mechanism could be used to keep solar panels clean, Hu said at the time.

This month, Hu returned to China to collect the 2019 Pineapple Science Prize in physics. The award is for the work “Cats use hollow papillae to wick saliva into fur,” which explains the workings of cats’ tongues.

“This work shows that cats clean their bodies using the hollow spines on their tongue,” Hu says. His team 3D scanned and 3D printed the spines on the cat’s tongue and imbedded them into a bioinspired hairbrush. “The brush experiences lower grooming forces and could be used to apply medications or hair products directly to hair with a minimum of water or product. It is by using these spines that cats can groom with only two tablespoons of saliva per day,” Hu says, whereas humans use 10 liters of water for a shower.

"Without awards like these, curiosity and science-minded thinking can be blown to smithereens by political winds."

“The judges at the Ig Nobels, AIP, and the Pineapple Science Prizes are encouraging curiosity and enjoyment of science by the general public,” Hu says. “Curiosity is like a flame. It can be easily snuffed out if not encouraged. Without awards like these, curiosity and science-minded thinking can be blown to smithereens by political winds.”

Hu adds: “I am glad that China is taking care of the next generation of scientists by keeping their award alive. It’s good for China to be seen by the world as having a sense of humor.” Hu donned a giant cat costume at the award ceremony in China on Oct. 26.

Hu couldn’t have done all this work just by himself. “Two Ig Nobel Prizes and three Pineapple Science Prizes wouldn’t be possible without my great group of Georgia Tech graduate students and undergraduates who volunteered to be urinated on by elephants, bitten by mosquitoes, and licked by cats,” Hu adds.

Hu earned a doctorate in mathematics and a bachelor’s degree in mechanical engineering from Massachusetts Institute of Technology. He is a recipient of the National Science Foundation CAREER award for young scientists. Hu’s work has been featured in The Economist, The New York Times, Saturday Night Live, and Highlights for Children. He is originally from Rockville, Maryland. 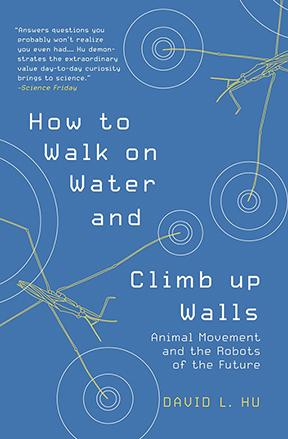 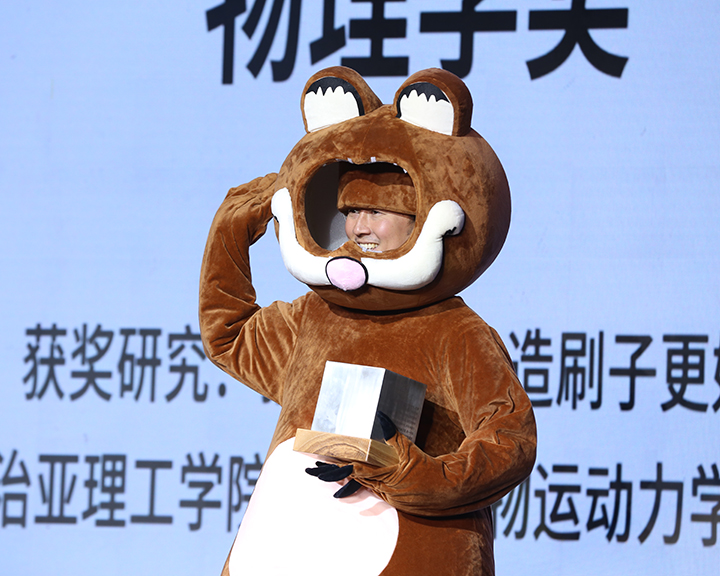 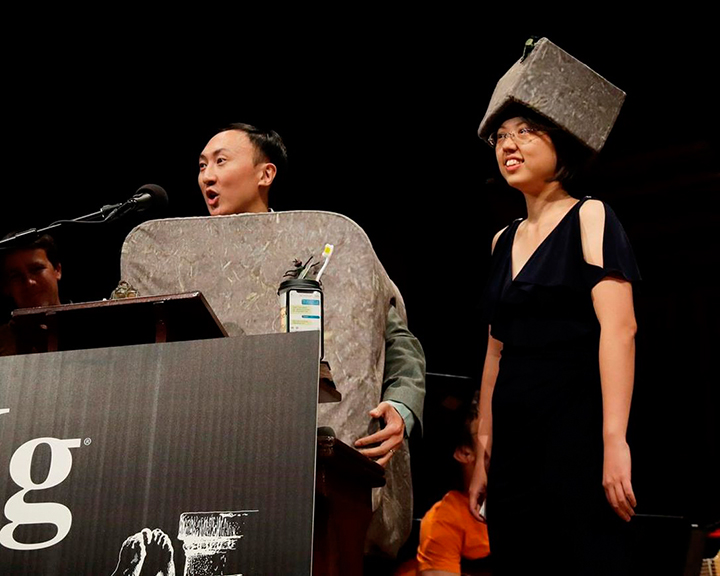 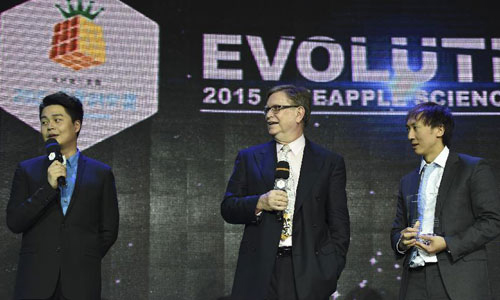