ScienceMatters: Celebrating discovery and achievements in the sciences and mathematics—the podcast of the College of Sciences 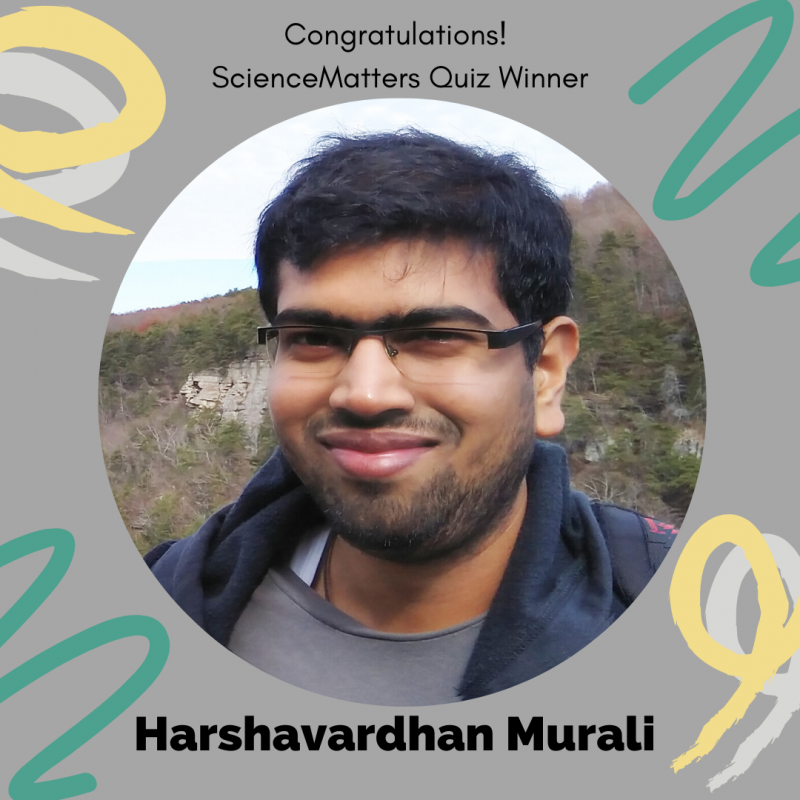 Harshavardhan Murali is a third-year physics Ph.D. student from Chennai, India. He graduated from Indian Institute of Technology Madras with a B.S. in engineering physics. He says he chose to attend Georgia Tech because of the strong research and excellent facilities available here.

Harshavardhan conducts research under Phillip First, professor in the School of Physics. He works on experimental solid-state physics, using scanning tunnelling microscopy as the primary tool.

Harshavardhan likes to listen to ScienceMatters while he prepares his meals. "The podcast is a very good initiative that gives opportunities for non-experts, like me, to listen to researchers explain their work in a fun and engaging manner," he says.

The quiz question for episode 7 was: What particle is made up of an electron and an electron hole? The correct answer is exciton. 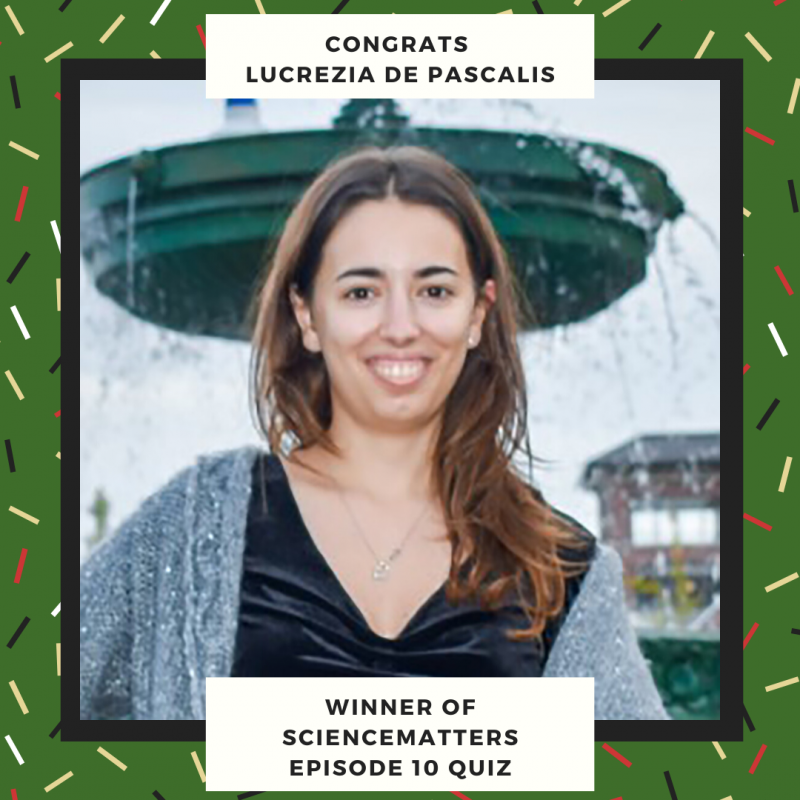 Lucrezia De Pascalis is a fourth-year chemistry Ph.D. student from Italy. After earning a bachelors degree from North Carolina Wesleyan College, she chose to attend Georgia Tech. That's because she likes the diversity of the campus, the multidisciplinary research, and the collaborative environment.

Lucrezia works in the lab of M.G. Finn, professor and chair of the School of Chemistry and Biochemistry. She synthesizes oxanorbornadienes, a class of cleavable linkers, to understand their rate of fragmentation, which is highly tunable. This property makes this compounds suitable for controlled release of drug molecules, an important function in the development of better therapeutic agents.

During her free time, Lucrezia participates in Women in Chemistry events. She also enjoys reading novels and cooking.

Lucrezia found out about ScienceMatters podcast through Finn, who was featured in Season 1, Episode 3, "Toward A Vaccine for an Ancient Scourge." In that episode, Finn discussed his work to find a potential vaccine for the parasite that causes leishmaniasis, a scary flesh-rotting disease.

The quiz question for episode 10 was: What is the name of the mentorship program Susan Lozier established? The correct answer is Empower.

ScienceMatters - Season 3, Episode 10 - The Physics of the Ocean

The new dean of the Georgia Tech College of Sciences, Susan Lozier, is continuing her physical oceanography research as she takes the reins of her administrative duties in Tech Tower. She talks about her studies of “the global ocean conveyor belt,” her plans to get back to the ocean in 2020, and her commitment to mentorship.

Cosmologists use computers simulations to recreate the birth of stars and black holes. James “JC” Gumbart, an associate professor in the School of Physics, goes in the other direction: He uses powerful hardware and software to chart the possible paths of molecules like proteins in hopes of finding solutions to problems like antibiotic-resistant bacteria.

Gardeners love peat moss; it’s great for growing. But Joel Kostka, professor in the School of Biological Sciences and the School of Earth and Atmospheric Sciences, wonders if it serves as a warning sign for the impact of climate change on plants and microbes. He travels to a unique experimentation site in Minnesota to find answers to his questions.

Georgia Tech science powers the technology behind TV and smartphone screens, thanks to breakthroughs in physics, chemistry, and materials science. Carlos Silva is adding to that legacy with his research into the next generation of semiconductors for electronic devices.

School of Biological Sciences Associate Professor Lewis Wheaton uses his Cognitive Motor Control Lab to research the neurological processes involved when people cope with the loss of a limb, a stroke, or a traumatic brain injury that can impact motor skills.

Sally Ng is one of the top experts in the world on aerosol science, the study of tiny particles in our atmosphere and what they mean for our climate, and our health. Ng, an associate professor in the School of Earth and Atmospheric Sciences, describes her work testing air quality in the field, and in a special indoor lab that she designed.

How can NASA stretch their fuel dollar for future missions to Jupiter and Saturn, and their potentially habitable moons? By using mathematical concepts that have been around for centuries. School of Mathematics Professor Rafael de la Llave is crunching the numbers for the space agency as it looks to save money during its next phase of exploration.

ScienceMatters - Season 3, Episode 3: The Search for Life at Earth’s Extremes

The search for life elsewhere in the Solar System can start at the most inhospitable regions of Earth, like Iceland’s volcanic landscape, or frigid Antarctic waters. Amanda Stockton, assistant professor with the School of Chemistry and Biochemistry, talks about her astrobiology work for NASA.

How long has oxygen been in our planet’s atmosphere, and what could the answer mean for life on other planets? School of Earth and Atmospheric Sciences Professor Chris Reinhard researches the early Earth, and potential Earths outside our solar system.

ScienceMatters - Season 3, Episode 1: All About Control

What can Alfred Hitchcock’s “North by Northwest” teach us about paying attention? Are daydreamers really more intelligent and creative? Eric Schumacher, professor in the School of Psychology, talks about his research into the brain process known as cognitive control, and what it could mean for the future of communications, work, and education.

At Georgia Tech, one of the top research universities in the world, much of the curiosity-driven discovery is happening in the six schools of the College of Sciences.

ScienceMatters will bring you the compelling stories behind the award-winning faculty and enterprising undergraduate and graduate students who are advancing what we know of our world and beyond.

Want to hear more about the next-level scientific research happening on North Avenue in midtown Atlanta? Subscribe to ScienceMatters, the podcast of the Georgia Tech College of Sciences.